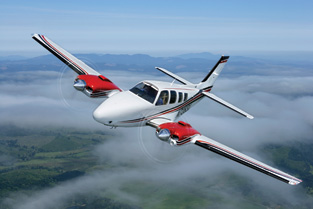 A Closer Look at General Aviation

Committee F44 will play an instrumental role in boosting the turnaround of an industry that has become a vital contributor to the quality of life in the United States and other nations around the world. In the United States, general aviation, which includes all flying except for military and scheduled airline operations, has become a significant and integral part of the economy, creating millions of jobs and making a positive impact on trade.

According to a 2012 report1 from the U.S. Federal Aviation Administration, the societal and economic impacts of general aviation and piston-engine aircraft are a key component of the nation's transportation infrastructure and economy. General aviation aircraft annually fly almost 24 million hours and carry 166 million passengers. More than two-thirds of these flight hours are used to support various business purposes. There are 5,261 public-use airports that can be directly accessed by general aviation aircraft - more than 10 times the number of airports served by scheduled airlines. These public use airports are the only available option for fast, reliable, flexible air transportation to small and rural communities in every corner of the country. General aviation directly supports jobs in these communities, provides a lifeline for small to mid-sized businesses, and supports the delivery of critical goods and services to remote cities and towns - where surface transportation is limited or nonexistent - particularly in time of natural disaster or crisis. In addition, general aviation flying is the primary training ground for most commercial airline pilots.

Supporting the Goals of Part 23 Reform

ASTM Committee F44 was formed at the request of aviation industry organizations to aid the efforts of the FAA's Part 23 Aviation Rulemaking Committee. Part 23 is the section of the federal aviation regulations related to the manufacture and airworthiness of aircraft under 19,000 pounds [8,600 kg], with seating for 19 or fewer passengers. Over the past two decades, Part 23 regulations have not kept pace with advances in aviation technology. The Part 23 ARC is chartered with making recommendations that will bring increased flexibility to the certification process for new aircraft.

The standards to be developed by ASTM Committee F44 will be critical in supporting the overhaul of Part 23 regulations into what the FAA envisions as a more performance-based document. Industry-driven F44 standards for the design and airworthiness of general aviation aircraft will serve to better align aircraft certification requirements with the type of operation the aircraft experience.

Gregory Bowles, director of engineering and manufacturing at the General Aviation Manufacturers Association, ARC co-chairman and F44 chairman, says, "Simplified, higher level rules recommended by the ARC, combined with the use of ASTM performance standards that specify the methods of aircraft compliance, will bring much needed flexibility to the regulatory structure. For years, the high cost of certification has driven up the price of new aircraft and made it prohibitive for manufacturers to bring innovation forward. By addressing the efficiency of the entire manufacturing and certification process, we aim to dramatically improve safety and create a much healthier environment for the aviation industry worldwide."

ASTM International Committee F44 will develop standards that address the complexity and performance of the full spectrum of general aviation aircraft, including design and construction, systems and performance, quality acceptance tests and safety monitoring. Standards development activities will be structured through subcommittees covering flight, structures, powerplant, systems and equipment, terminology, and regulatory and industry liaison.

While ASTM F44 standards have the potential to buoy the industry by lowering costs and accelerating regulatory approval of newly built aircraft, industry experts also see considerable benefit to the existing fleet of planes already on the market.

"The focus of the ARC and the related efforts of ASTM Committee F44 will extend well beyond new aircraft," notes Robert Hackman, vice president of regulatory affairs at the Aircraft Owners and Pilots Association, and F44 membership secretary. "Utilizing consensus standards as a means of demonstrating fair and safe compliance will also result in a simplified retrofit process for existing, already certified aircraft. Pilots and passengers will both benefit from more rapid implementation of critical new equipment and technologies that enhance the safety of aircraft. As aviation technology continues to evolve, ASTM standards can be updated much easier than regulations. This will enable manufacturers to more readily keep pace with advances in technology and will create an industry environment where innovation is truly encouraged."

Blake Cheney, manager, domestic regulations, aircraft certification standards, civil aviation for Transport Canada, and an F44 member, similarly views the use of ASTM standards as a better path for technology deployment in general aviation. "The recent formation of ASTM Committee F44 represents an opportunity for industry to be more actively engaged in the development of new certification criteria that address evolving technologies and the related means of aviation compliance," he says.

As Committee F44 pursues an agenda that will help the general aviation sector embrace a new way of doing business, earlier successes under the ASTM umbrella show how effective consensus standards can be in supporting industry change. Stakeholders specifically point to the work of ASTM Committee F37 on Light Sport Aircraft, which has driven growth in recreational flying through the development of standards that ease the adoption of new technology and form the basis for LSA certification. More than 20 F37 standards have been cited by the FAA in regulations governing light sport aircraft.

Formed in 2002, Committee F37 has more than 200 members representing LSA manufacturers, parts suppliers, pilot groups and regulatory bodies. Today, F37 is a powerful example of multinational cooperation in aviation standards, adding to ASTM's overall body of work in this field, which also includes Committee F07 on Aerospace and Aircraft and F39 on Aircraft Systems. This successful track record of collaboration, combined with the globally inclusive ASTM process, made ASTM International the logical home for the critical new standards activities on general aviation aircraft.

Committee F44 member Joost List, vice president of engineering at Diamond Aircraft Industries Inc., an original equipment manufacturer based in London, Ontario, Canada, says, "The effectiveness and acceptance of ASTM consensus standards in the light sport aircraft segment offer a proven success model for upcoming standards development activities for general aviation. Many F44 members also participate in Committee F37 so there are synergies that will be greatly advantageous in helping pursue our goals."

"Further, ASTM's ability to bring international stakeholders together in an open process and provide an infrastructure for swift collaboration makes it an ideal forum for the development of new standards for general aviation aircraft," says List.

To fulfill its mission of developing general aviation aircraft standards that can be adopted by global aviation regulatory bodies and used by international stakeholders, Committee F44 has members from around the world, including Brazil, Canada, China, Europe and New Zealand. Stakeholder groups represented include manufacturers, suppliers, trade associations, user groups and government agencies.

Boudewijn Deuss, initial airworthiness rulemaking officer, EASA Rulemaking Directorate, European Aviation Safety Agency, and a member of ASTM Committee F44, says, "The ASTM process, with its ability to connect global experts in an open and collaborative standards development forum, offers the potential to produce game changing results for the aviation industry worldwide. The FAA has taken a progressive approach to open the activities of the Part 23 rulemaking committee to participants representing more than 90 percent of the global aviation community. This broad participation continues through to ASTM Committee F44, where international stakeholders will create globally accepted, consensus standards that establish a common means of regulatory compliance for general aviation aircraft design anywhere in the world."

New ASTM Committee F44 will hold its spring meeting along with Committees F37 and F39, on April 22-24 in Friedrichshafen, Germany, in conjunction with AERO, the global trade show for general aviation.

Doug Clauson is a freelance writer based in Wynnewood, Pa.

ASTM Committee F44 on General Aviation Aircraft: At a Glance