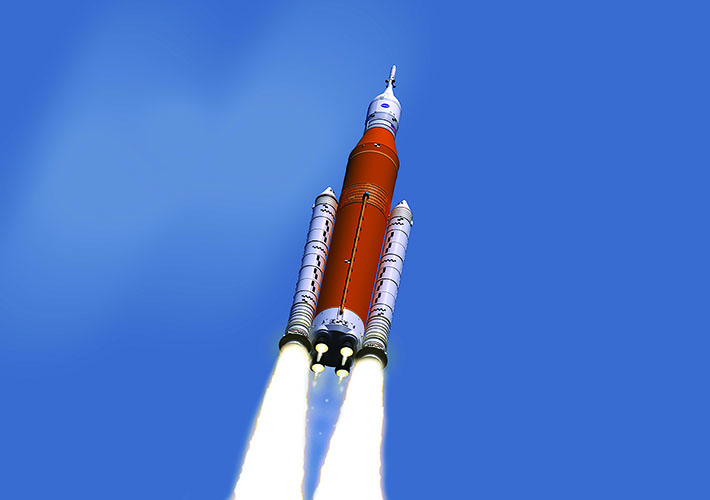 Back to the Moon

Tests to Prepare for a Safe Return
BY:
Cicely Enright

Space seems closer than ever. SpaceX continues testing rockets, and the company may carry out a manned launch this year. Commercial spaceflight marches toward reality. Strings of satellites continue to join the thousands already in orbit. China landed a rover on the far (or “dark”) side of the moon. And the International Space Station’s current six-member crew includes two cosmonauts who completed a spacewalk at the end of May.

There’s a lot going on in space, and an essential part of future plans is standards.

One of the most ambitious plans is the effort to return humans to the Moon.  NASA is currently working toward readiness for the Space Launch System (SLS), which will take the new Orion craft to the lunar surface.

A project manager at NASA’s White Sands Test Facility in Las Cruces, New Mexico, Stephen Peralta is one of the people working on the mission to return man to the Moon before heading to Mars. He is also a long-time ASTM International member who serves as vice chair of the committee on compatibility and sensitivity of materials in oxygen-enriched atmospheres (G04).

MORE FOR YOU: Standardizing Space

“It’s pretty fantastic,” he says, to be part of the project. Peralta adds, of his work with his White Sands colleagues, “Anywhere and anyplace that oxygen is used, we’ll be part of it.”

Peralta has been part of the group testing the four RS-25 engines that will power the core stage of the SLS. The RS-25 served as main space shuttle engine. And now, with additional modifications, the engines will take the SLS rocket to space. (A separate engine on the upper stage will provide additional needed thrust.)

Liquid hydrogen and oxygen will fuel the engines. This is oxygen’s primary use on the spacecraft other than breathing systems on the Orion capsule.

How will this combination perform?

That’s a simple but critical question with complex answers with these volatile gases, which are used because of their efficiency and power.

To ensure that all goes well, the oxygen systems’ components and overall assembly must be extensively and rigorously tested. This is because a component can behave differently in isolation as opposed to when it’s part of a larger system, even when made of the same material. For example, a valve includes small parts but can be a larger part overall. While the larger, bulkier parts may not ignite or burn easily, that could be different for the small parts within. 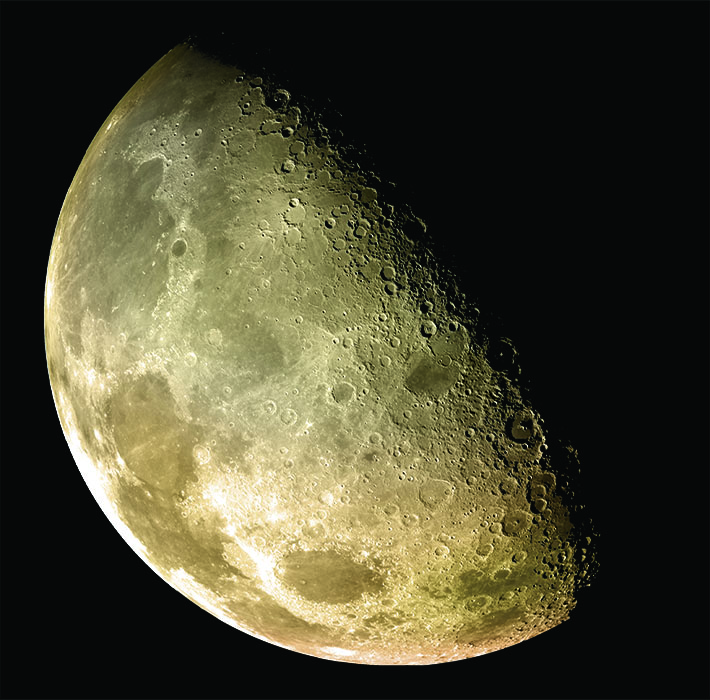 Humans have not landed on the Moon since 1972.

This is the point where the work of NASA and the work of the G04 committee come together.

ASTM members started investigating the subject of oxygen-enriched atmospheres in the late 1960s and early 1970s with a series of space simulation conferences. Walter Downing, P.E., is executive vice president and chief operating officer at the Southwest Research Institute. He writes, in Flammability and Sensitivity of Materials in Oxygen-Enriched Atmospheres, 14th Volume, that the symposium attendees are “well aware of the Apollo 1 tragedy because it is perhaps the most notable example of a fatal fire in an oxygen-enriched environment and, in fact, led industry and government to establish this committee in 1975.”1

Today, the committee’s standards and related technical information have an important role in the NASA testing now underway. As the RS-25 engine is updated for its new mission, NASA is testing its components and parts as well as the engine overall using standards that will indicate its flammability and ignition sensitivity.

One essential standard from the committee helps engineers compare how different metallic materials burn relative to each other and to understand the kinds of pressures these metallic materials can be used at before they will want to sustain burning. That’s the test method for determining the combustion behavior of metallic materials in oxygen-enriched atmospheres (G124).

Another standard integral to the ongoing testing is the method for determining ignition sensitivity of materials to mechanical impact in ambient liquid oxygen and pressurized liquid and gaseous oxygen environments (G86). This test allows the engineers to evaluate the sensitivity materials will have should they be subjected to mechanical impacts in an ambient or pressurized oxygen environment.

The G04 committee also provides related technical information through a symposia series and a manual. Peralta highlights Manual 36, Safe Use of Oxygen and Oxygen Systems: Handbook for Design, Operation, and Maintenance: 2nd Edition. Along with others in his area, he uses this related published technical information sponsored by the committee. “It’s extremely valuable to us,” says Peralta. “It’s on every one of our desks because it’s a convenient source of data.”

Nondestructive evaluation (NDE) provides ways to check on the integrity of a part or a system without breaking it or destroying it. With the support of the Office of Safety and Mission Assurance, NASA sites are using these processes to check the SLS, Orion spacecraft, and other agency assets.

Jess Waller, Ph.D., a project lead and materials scientist, is involved with NDE at the NASA White Sands Test Facility. He has also been an ASTM International member since 1998 and has been very involved in the committee on nondestructive testing (E07) as well as the committees on plastics (D20), composite materials (D30), additive manufacturing technologies (F42), and compatibility and sensitivity of materials in oxygen enriched atmospheres (G04).

Waller says the use of one-of-a-kind or limited quantity parts because of their complexity and development specifically for fracture-critical spaceflight applications has led to a reliance on NDE. “We need to have procedures in place based on analysis and testing to prevent catastrophic failures. Those requirements need to be stringent and binding for commercial aerospace and more so for human spaceflight,” he adds.

NDE provides diverse approaches to ensure that the parts of the spacecraft and rockets, from the primary structure to specific systems and components such as pressure vessels, engines and other systems, do not have flaws, cracks, or discontinuities. Materials to be evaluated could be metal alloys or polymer matrix composites.

Several relevant ASTM International NDE standards are cited in NASA’s overarching standard in this area: Nondestructive Evaluation Requirements for Fracture Critical Metallic Components (NASA-STD-5009). Wherever fracture control is a requirement of a component or system that uses metal, this standard applies.

Waller notes that composites are increasingly popular because of their high specific strength and lower weight, and that they are being explored for new uses on spacecraft. Additional ASTM standards such as the practice for radiographic examination of flat-panel composites and sandwich core materials used in aerospace applications (E2662) provide guidance for these types of evaluations. Practices for ultrasonic testing (F2580), shearography (F2581), and acoustic emission (E2661) of flat-panel composites and sandwich core materials provide ways to find subsurface and surface flaws.

With the rise of additive manufacturing (AM) for aerospace, the E07 committee has turned its attention to NDE standards for these parts. Standards are underway in this area, including a draft guide for in-process monitoring of metal additively manufactured aerospace parts during build (WK62181) and the nondestructive testing of metal additively manufactured metal aerospace parts after build (WK47031). The latter is nearly completed and covers the use of NDT to inspect AM parts made from materials such as alloys of aluminum, titanium, nickel, and stainless steel. Approaches include several procedures, from computer tomography and eddy current testing to radiography and ultrasonic testing and more, for both as-built parts and semi-finished and finished parts after post-processing.

Waller points out that everyone — industry, academia, and government agencies such as NASA — needs to work together to support this new push into space. Everyone brings a perspective and some of the knowledge needed to move forward.

“The goal of the ASTM standards we’re developing is methods that can generate data to aid us in mitigating risk,” Waller says. “It’s all about working together, collaboratively and constructively, toward a common goal to assure mission safety and reliability.”