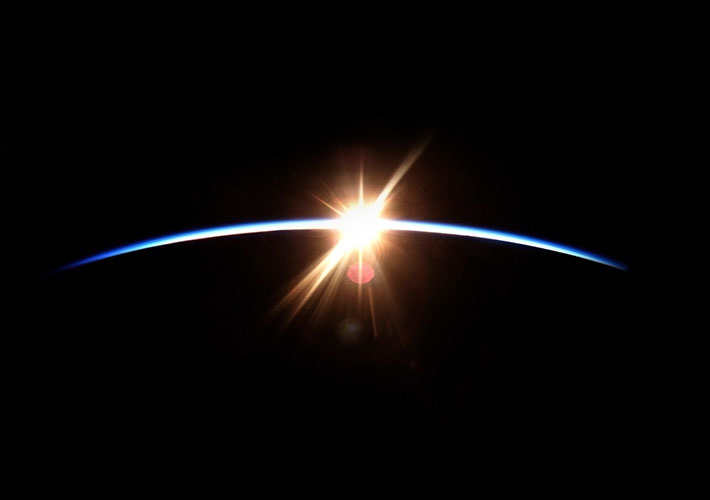 Fifty years after the world watched in awe as man first set foot on the moon, plucky interstellar travelers like Voyager 1 and the Hubble Space Telescope have provided dramatic evidence of just how many moons — not to mention galaxies — remain to be explored. A little closer to home here on Earth, however, space keeps getting more crowded.

As of March 31, a database maintained by the Union of Concerned Scientists identified 2,062 satellites orbiting the Earth. And while high-profile events such as the successful missions of SpaceX’s Falcon 9 rocket continue to make headlines, a lot of lower profile, space-related commercial activity takes place every day. In fact, the number of satellites orbiting earth increased by nearly 100 in the first three months of 2019 alone.

The standard guide for storage, use, and handling of liquid rocket propellants (F3344) was the first of its kind in the field, as well as the first from F47 to gain final approval.

The standard provides guidance on establishing fundamental safeguards to protect workers and the general public from explosions and fires involving these highly flammable materials. The story behind it provides an interesting example of how to get a new committee up and running.

READ MORE: Back to the Moon

Much of the groundwork for what became F3344 was laid by industry experts who belonged to the Commercial Spaceflight Federation (CSF). Michael Lopez-Alegria, current F47 chairman and a U.S. astronaut himself, was active in CSF’s initial effort. “It felt like a pretty big task to get participation, let alone consensus on these things, and to go outside our organization was a complication that we weren’t quite ready for,” he says.

Jane Kinney is CSF’s director of business operations and F47’s recording secretary. She led her organization’s efforts to transfer the nascent rocket fuel standard to ASTM and helped shepherd its final iteration through the approval process. She points out that having a standard that was already partially developed helped everyone on the committee get their feet wet.

“CSF offered up this draft standard not only because we thought it had good information that we wanted to be carried over to the industry, but we also viewed it as a learning process, to help everybody see how we go through this process with ASTM,” says Kinney.

Kinney, Lopez-Alegria, and their CSF colleagues ultimately turned to ASTM International because they understood the importance of achieving broad industry acceptance for any standards. They were also keenly aware of the U.S. government’s Office of Management and Budget Circular A-119, which allows regulatory agencies — in this case, the U.S. Federal Aviation Administration (FAA) — to adopt standards developed by outside organizations like ASTM as long as they are produced through a voluntary consensus process involving a representative array of industry stakeholders.

“When partnering with ASTM, the imperative thing was to get not only CSF members but other industry members, people that did not belong to CSF such as Boeing and United Launch Alliance and any other of the players that wanted to come to the table, as well as academia and industry,” says Kinney. She believes combining input from more traditional, standards-related groups and those who actually work in the commercial industry produces the best results.

Two additional standards, one recently approved and one entering the home stretch, are ready to join F3344. These standards address terminology and how to categorize various types of spacecraft.

“Words matter, as they say, and in commercial spaceflight there are a lot of words that have to be precisely defined,” Lopez-Alegria says. The scope and complexity of the challenge led the members of the subcommittee on terminology (F47.91) to approach the recently approved terminology standard (F3377) as a starting point rather than a finished product.

“The idea is that we’re just putting out something to start, and we will modify it as words are used in other standards to make sure that when they are used, it’s not necessary to use an asterisk or a parenthesis and explain each one. There needs to be a very well-defined, common understanding of what each word means,” explains Lopez-Alegria.

Ron Desmarais, Omega Engineering, who has been active in ASTM for 30 years and leads the terminology task group, notes, “This standard is meant to define how specific terms are used in other F47 standards, which may in some ways differ from other sources.”

The proposed standard nearing final approval, called classification for spacecraft vehicle types (WK61254), considers different types of spacecraft and how to classify them. In the words of the task group leader, Christopher Allison of Sierra Nevada Corp., “The goal of this standard is to set forth the basis of a framework for the commercial space industry to begin to build a common language both internal to the industry but also external to other stakeholders” such as regulatory agencies and other users of the U.S. National Air Space (NAS) such as commercial aircraft and unmanned aircraft systems.

Allison points out that, from the perspective of NAS interactions, it doesn’t matter what a spacecraft looks like or whether it transports people or cargo. So instead of focusing on the physical characteristics of the vehicles, the task group looked at ways to improve the consistency with which the space industry describes its operations and missions. This standard provides operators with a list of questions that help define the vehicle and its utility for a particular mission.

“For example, the standard determines if the mission with that vehicle is governmental or commercial, which can have an impact on the regulatory regime. It also determines what phase of mission: launch, re-entry, et cetera,” Allison says.

“We originally started with a much different intent for the standard, where we wanted to look at separation standards between spacecraft and other NAS users,” Allison says. “As we began discussing that effort, we figured out very quickly that we didn’t have a common way of classifying spacecraft to even adjudicate separation in the NAS. Thus, we pivoted to fill that gap first.” 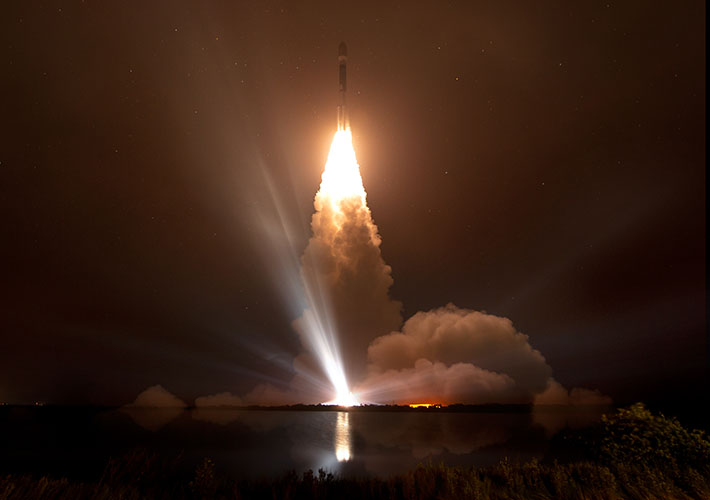 The SpaceX Falcon 9 rocket lifts off.

This standard recently passed the subcommittee ballot and will be submitted to the main committee for a final vote once comments generated during the balloting process have been included in the document.

From Flight Training to Spaceports

Broader areas such as flight-controller training and reportable safety-related events are also being discussed, as are focused scientific questions to address issues such as solar particle event mitigation strategies in low-earth orbit. The wide range of issues being tackled by the committee reflects the complexity of commercial spaceflight. And not every topic concerns activity that occurs beyond the Karman Line (about 100 km/62 miles above sea level) where space begins.

For example, one task group, led by industry consultant Mark Greby, is looking at spaceports, defined as ground-based facilities with all the specialized equipment required to launch rockets. Some, which feature horizontal launches and landings, are more like airports. Others are vertical launch sites, such as the well-known Kennedy Space Center in Florida.

Greby points out that it can take a lot of time and effort on the part of both spaceport operators and potential customers to determine if what a facility offers matches what a customer needs. Seemingly simple things like contact information can be surprisingly hard to pin down — the physical address of a site can be different from the mailing address, for example — while more technical elements of a facility’s capabilities must be spelled out in great detail.

“What industrial equipment is available at the site? How many forklifts and what size? That matters to an operator,” says Greby. “Cranes, things like that. What commodities can you do? Fuels and oxidizers, volatile organic liquid or petroleum, cryogenic commodities. What are your capabilities there? What are your allowable launch azimuths?”

Greby’s task group has developed five pages of spaceport-related terms and characteristics that need to be defined. The next step is to start writing explanations, examples, and descriptions for each item on those pages, in order to eventually create a work item. As for a timeframe, “I’m guessing probably a year to a year-and-a-half. This is a fairly extensive list. We may choose to release it with only half of it completed, just to get the basics out there, and then do changes or amendments to add on every few months until we have the full list,” he says.

Jane Kinney is leading a task group on crew rest. “FAA recommended that we look into crew rest as a topic to review,” she explains, “and we realized there are a lot of great standards out there from the world of aviation and also from NASA and noncommercial ventures into space. So we’re going to first do an overview of what’s existing and take lessons learned from there and then try to apply them to our industry and move forward.”

The Sky Is the Limit

Just two years old, the committee has already accomplished a great deal for a new committee dealing with a very complicated subject. One standard published, two more on the cusp, and enthusiastic participation by a broad cross section of stakeholders bodes well for its future.

“I’ve been doing this standards thing for the commercial spaceflight industry for a long time, and I feel very optimistic because we’ve finally found a process under ASTM that is going to be successful and consistent and, for lack of a better word, legitimate,” says Lopez-Alegria. “I was very encouraged at our last meeting at the level of enthusiasm, but especially engagement. The word seems to be getting out, people are tuning in and paying attention, and the fact that we came up with four new task groups at our last session was really a positive sign.”

Jane Kinney echoes this optimism. “So many wonderful things are going on, from space tourism to the satellite industry to suborbital research,” she says. “We’re very excited about everything that’s going on in the industry, and the efforts of F47 are important to ensuring that our standards reflect voluntary industry consensus. We want all aspects of industry, as well as government and academia, involved in the conversation and in the development of these standards.”