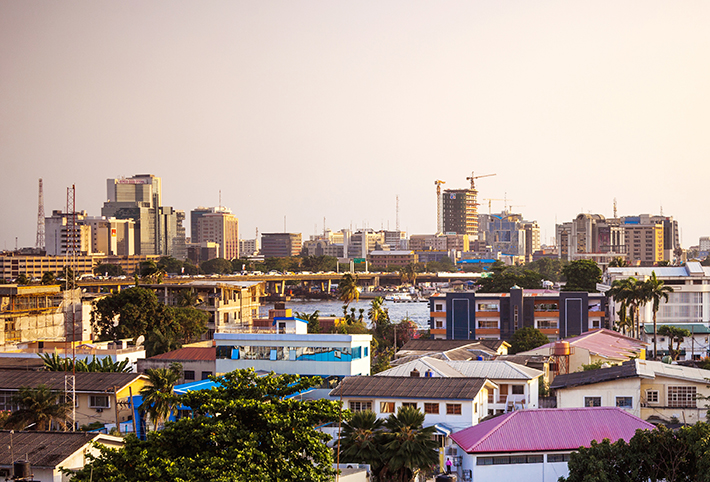 Africa is known for its diverse ethnic groups, the Egyptian Pyramids, the Sahara Desert, and mining. It is also known for being the second driest continent, and the poorest economically in the world. However, Africa as a continent is very attractive to foreign investors from around the globe, including the European Union, BRIC (Brazil, Russia, India, and China) countries, and the United States.

Investor interest is driven by many factors, particularly in Sub-Saharan Africa (SSA), where abundant natural resources, raw materials, and the untapped manufacturing industry all spur investment — as do the financial services, healthcare, hospitality, energy, and consumer goods sectors. The success of each of these areas will depend largely on African governments and their economic bloc, and the African Union and its commitment to the use of international standards under the African Continental Free Trade Area Agreement (AfCFTA).

Through its Memorandum of Understanding (MoU) Program, ASTM International currently has agreements with the national standards bodies (NSBs) of 30 African countries (of a total of 55 on the continent) and three regional agreements, including one with the African Organization for Standardization (ARSO). The MoU signed in May with Burkina Faso brings the total number of MoUs worldwide to 118 since the inception of this program in 2001. Currently, two additional African countries and two regional economic communities (RECs) have pending MoU agreements with ASTM.

The participation of African stakeholders continues to grow. Since July 2020, representatives from 17 African countries have participated in ASTM’s online capacity-building programs. These programs form part of ASTM’s commitment to the principles of the World Trade Organization’s Technical Barriers to Trade Agreement (WTO/TBT). One of these principles promotes developing countries’ participation in standards development. In addition, ASTM has hosted six standards experts from Africa since 2006 through its Standards Expert Program (SEP). This year, ASTM has been engaging virtually with a new Ethiopian expert and three other participants from the Philippines, Bahamas, and the United Arab Emirates (UAE) under the SEP.

Over the past few years, ASTM has celebrated a number of Africa-related success stories, including an invitation by our new regional MoU partner, the Arab Industrial Development, Standardization, and Mining Organization (AIDSMO), to present on “ASTM’s Contributions in Personal Protective Equipment to Face Public Health Challenges.” Held March 25, webinar participants included representatives of 14 of AIDSMO’s member states with whom ASTM maintains MoUs in the Middle East and North Africa (MENA) region.

Another successful ASTM event in Africa was the “Manufactured Masonry Units” webinar hosted Oct. 12, 2020. The Rwanda Standards Board, an MoU partner, had made notifications regarding its interest in related standards to the WTO in July 2020. As a follow-up, ASTM planned the event, which was supported by ARSO promotional efforts and included a presentation from members of the committee on manufactured masonry units (C15). The program attracted over 60 participants.

In addition, building on the success and demonstrated interest in a program held in November 2019, the American Petroleum Institute (API) and ASTM International were approved by the Standards Alliance in March 2021 to work on a three-year project focusing on harmonizing petroleum standards for West Africa. Funded by the U.S. Agency for International Development and managed by the American National Standards Institute (ANSI), the Standards Alliance program offers technical assistance to developing countries. Work in 2021 is expected to begin virtually, with face-to-face meetings planned in West Africa and the United States in 2022 and 2023.

On another front, on Nov. 30, 2020, Travis Murdock, ASTM staff manager, represented ASTM as a panelist for the “Standards and Education” webinar hosted by ARSO. The event, which attracted 137 attendees, was part of ASTM’s growing Africa outreach. The webinar focused on the importance and the urgent need to incorporate standards in African academic and policy-making institutions to enable the continent to effectively compete in the global market.

On Jan. 1, Africa launched the implementation of the African Continental Free Trade Area Agreement (AfCFTA). Created in 2018 by the Africa Union Commission (AUC) and signed by 54 of the 55 African nations, this treaty has the potential to boost intra-African trade and eliminate nontariff barriers. The WTO Agreement on Technical Barriers to Trade forms the basis of Annex 6 of the agreement, which contains a series of articles related to quality infrastructure.

These provisions, while new under the AfCFTA, have been at the core of the work of ASTM’s global cooperation department and its MoU Program. In the July/August issue of Standardization News, Teresa Cendrowska, vice president of global cooperation at ASTM, said, “An MoU creates a documented relationship between ASTM International and each of its 118 global partners, which include national and regional standardization bodies. The agreement offers three distinct benefits to the signatory: access to a full collection of ASTM standards, membership at no cost to any interested stakeholder within the boundaries of the nation, and access to procedural and technical capacity building.” The dynamic and personal connections the global cooperation department has developed worldwide are part of its commitment to the mission of meeting global societal needs. These connections will undoubtedly help pave the way for the success of these provisions under the AfCFTA.

The overall success of the AfCFTA implementation will also depend on the level of cooperation among the African Accreditation Cooperation (AFRAC), the Intra-Africa Metrology System (AFRIMETS), the African Electro Technical Standardisation Commission (AFSEC), and the African Organisation for Standardisation (ARSO). Together, these organizations form the four pillars of the Pan African Quality Infrastructure Forum (PAQI).

Of these four pillars, ARSO is the closest to ASTM International since the signing of the MoU agreement in 2015. According to Hermogene Nsengimana, Ph.D., secretary general of ARSO, ASTM could support the AfCFTA by building the capacity of all ARSO member states, including those that are not yet ARSO members. He says, “ASTM International can play a key role in the successful implementation of AfCFTA because ASTM standards and expertise will help create a common language and capacity among trading partners, enable compatibility of products and services, and lower trade barriers and production costs, while supporting firms to trade across global supply chains.”

Building on the success of its long-term relationships in Africa and on the prospects of AfCFTA, the future looks bright for Africa and for ASTM International’s support there.