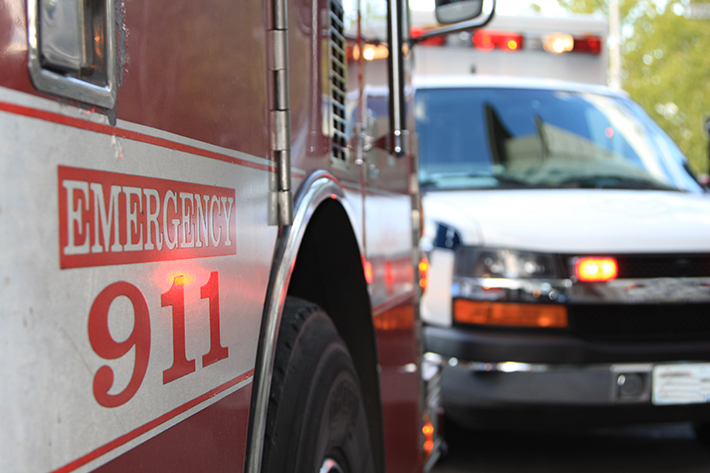 The 5 Most Important Standards for EMS

Ambulances and emergency medicine have been around for centuries – long before Ernest Hemingway drove one as a U.S. soldier in World War I. But it wasn’t until the 1960s that first-response medical care as we know it today came into existence. The reason? Faster cars, wide open highways, and a troubling spike in traffic deaths.

By 1966, the year the U.S. Department of Transportation was founded, annual highway fatalities in the U.S. exceeded 50,000 for the first time and it became clear that something needed to be done. That’s when representatives from the auto industry, insurance industry, and medicine came together to find a way to mitigate the death and injury happening on America’s interstate highway system.

Speed limits were part of the solution, along with improved in-car safety systems, but the widest ranging initiative was the creation and standardization of emergency medical services (EMS) nationwide, along with the training of thousands of new emergency medical technicians (EMTs). What began as a loosely organized set of stakeholders eventually led to the creation of the committee on emergency medical services (F30) in 1984. The committee now has jurisdiction over 53 standards and is charged with developing standards to ensure the quality of EMS including guides, practices, specifications, test methods, terminology, and more.

“Our goal from the beginning was to create standards that would benefit the EMS community,” says Paul Roman, F30 chair and executive director of the N.J. EMT Registry. “The fundamental areas that we needed to cover were equipment, personnel education and training, management and organization, communications, and then facilities.”

After peaking at just over 54,000 in 1972, motor vehicle fatalities have been trending down for decades despite the increase in traffic and driving population over the years, according to the National Highway Traffic Safety Administration. Standards have certainly played a role.

Among the most impactful standards the EMS committee has created are:

At the time of this standard’s creation, there had already been a basic level EMT course on the books for about a decade and that information was rolled into what remains one of F30’s cornerstone pieces. Its purpose is to provide for standard EMT training, adopting the knowledge and skill objectives that were contained in the existing NHSTA curriculum as the standard practice for training EMTs.

Since its launch in 1968, the digits 9-1-1 have become synonymous with emergency communications throughout the U.S., and this standard formed the basis for industry-wide adoption. It oversees the training and skills needed by telecommunicators in the role of emergency medical dispatcher, covering the responsibilities, practices, and organizational support required to effectively manage 9-1-1 dispatch.

Doctors in Napoleon’s Grand Armee first developed the process of sorting casualties based on an initial assessment of the nature and severity of their injuries, in order to determine what type of treatment they might need. As such, it is core to the work that EMTs do, especially in mass casualty situations where triage drives efficient scene management. This guide established a methodology for performing triage in the field and outlined the minimum requirements of the process.

Although it was withdrawn in 2018 as a result of competition with other similar standards, this standard was one of F30’s foundational standards, covering the construction and testing of ambulances. In the early days of emergency medical services, an ambulance could be any vehicle that technicians could fit a patient into. However, as EMS services became more advanced, and life-saving technologies found their way into the field, the capabilities of ambulances needed to keep up. This standard defined what an ambulance needed to include, as well as minimum design and construction specifications.

Once a niche type of EMS, air ambulances are today widely used to quickly transport patients in need of care from hard-to-reach areas and over great distances. In many cases, helicopters are the best and most effective way to transport a patient in need, so F2318 was developed in order to specify exactly how these aircraft should be outfitted and what services they should support. This standard oulines the minimum requirements that must be met before an aircraft can be officially classified as a rotary wing air ambulance unit.

“A lot of the work that F30 has done has been in conjunction with other ASTM committees,” Roman explains. “We worked with E34, the OSHA committee, on first aid kit standards. We worked with F1220 on the EMS response to safety incidents and oil spills. And we’re currently working with committee F23 on protective clothing and PPE to determine related standards for EMTs. It’s all broadly applicable across health and safety.”

The F30 committee welcomes the opportunity to engage in related necessary standards development. Membership is open to those in government, private industry, academia, providers, and those with a general interest in improving the quality of care based on well-crafted national standards.