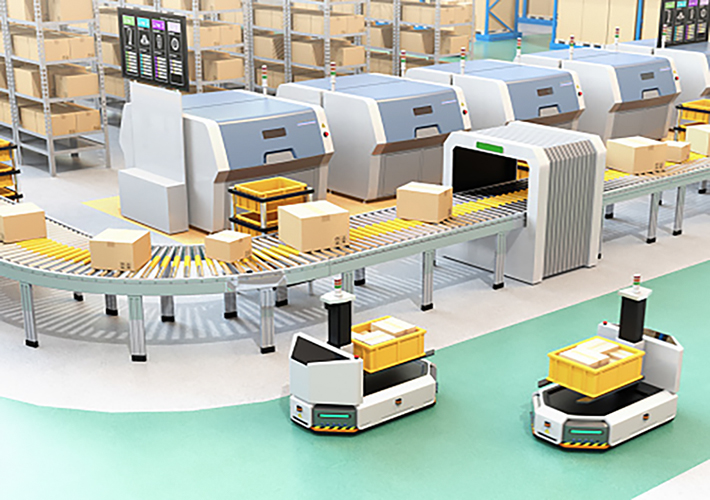 In recent years, the tech world has been abuzz over the prospect of autonomous unmanned ground vehicles (A-UGVs) being used in industry. From carrying out routine surveillance, maintenance, and deliveries to material handling and assembly line work, these machines promise increased productivity and efficiency across a wide range of applications. Today, miners in South Africa use them to inspect blast sites, while vintners in France employ them to detect and remove weeds and reduce their reliance on herbicides. These are just two areas where A-UGVs can make work environments easier, safer, and more efficient.

While the possibilities for A-UGVs in the workplace seem limitless, the vehicles have also presented some stumbling blocks for prospective buyers and users. To begin with, the consumer must understand what degree of autonomy a specific A-UGV possesses. Currently, an A-UGV can be at one of three autonomy levels: automatic, automated, or autonomous. Vehicles operating on the first two levels (automatic and automated) are referred to as automatic guided vehicles (AGVs), while those on the third are called mobile robots.

Likewise, the consumer must decide which A-UGV would best suit their performance needs. Is an autonomous vehicle with decision-making capabilities or an automatic guided vehicle that follows preprogrammed instructions needed? The consumer should also know which vehicle performs best in a particular work environment and at assigned duties.

The committee on driverless automatic guided industrial vehicles (F45) develops standards to evaluate A-UGVs and support their use. Formed in 2014, the committee has already developed standard terminology to facilitate better communication and understanding of A-UGVs in manufacturing.

“Initially, we looked at the terms that were published or typically used in industry and whether they were useful to the F45 subcommittees’ development of standards. The performance standards need to be written so they are clear and useful to [automatic through autonomous] industrial vehicle manufacturers and users.” said Roger Bostelman, committee chair and current chair of subcommittees on environmental effects (F45.01) and terminology (F45.91). 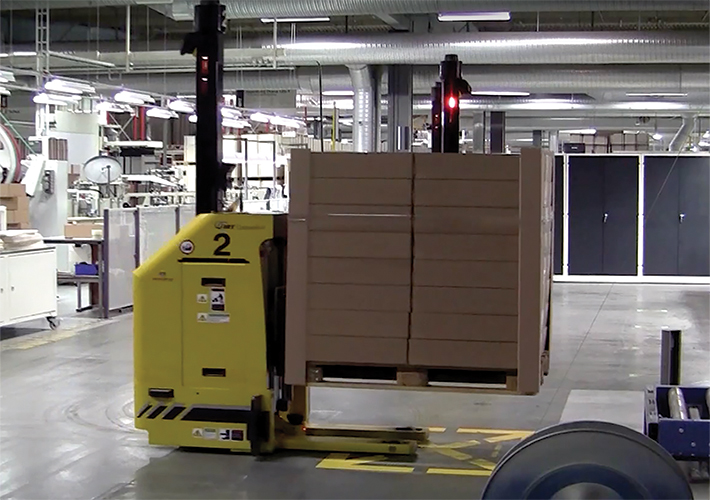 The quest for common language has resulted in a standard terminology for driverless automatic guided industrial vehicles (F3200), published last year. The standard includes terms and definitions used in A-UGV performance test methods as well as the robotics industry’s designations from associated test methods. Having this common lexicon will ultimately help manufacturers and users measure and evaluate vehicle performance.

As the technology and language for A-UGVs evolves, the terminology will too. The standard has 12 new, modified, or deleted terms currently balloted for revision.

In addition to designating terminology, F45 is working on practices, test methods, and specifications for A-UGVs. To date, the committee has crafted five standards:

Testing plays an essential role in evaluating and choosing the type of vehicle to meet the user’s needs. Of the six subcommittees under F45, four are involved with test methods. Each focuses on aspects of A-UGV performance, including docking and navigation and object detection.

The test method for “navigation: defined area” (F3244) is the responsibility of the subcommittee on docking and navigation (F45.02) and assesses machine movement. That includes how well the machine moves, either along a preprogrammed or an autonomous route, through a confined or open space, or from a starting to an end point. The subcommittee has also drafted a proposed standard (WK5700) for testing maneuverability, accuracy, and replication of docking A-UGVs in defined but limited spaces. Two examples of the need for precision and maneuverability testing would include a robotic forklift aligning with and lifting a pallet and a tugger lining up and connecting to a trailer hitch.

The procedure considers whether the vehicle slows down, stops, or collides with the object. In creating this and two other proposed standards, the subcommittee takes several factors into consideration.

“Given the variety of sensor types that can be used for detecting obstacles on A-UGVs, we must consider all relevant possibilities and ensure that any standards in this subcommittee can apply to as many cases as possible. At this moment, it is very common for an A-UGV to utilize 2D light detection and ranging (LIDAR) for detecting obstacles, but 3D sensors and camera-based methods are also becoming more commonplace. As such, characteristics, including the dimensions, materials, and colors of obstacles must be considered such that edge cases for particular sensors can be exposed while also remaining operationally relevant,” said Adam Norton, University of Massachusetts, Lowell, F45.03 subcommittee chairman, and F45 committee secretary.

The subcommittee on communication and integration (F45.04) is looking at how unpredictability and the inability to replicate must be kept in mind when developing test methods.

“Wireless communications are difficult to set up in a measurable and repeatable way. Propagation through the environment is impaired in unpredictable ways by the location, orientation, and material of all objects in the environment,” said Bob Holmberg, chair of the subcommittee on object detection and protection (F45.03). “Controlling, modifying, and impairing the propagation of wireless signals in an understood, repeatable way is not possible for most users. One exception is line-of-sight optical communications, where impairments can be introduced by blocking the optical path. This practice [WK54431] approaches the problem by impairing the data flow in ways that are easy and inexpensive to control, and that results in communication impairments at the A-UGV that are similar to impairments experienced while deployed.”

“We are updating F3218 now, adding in details regarding boundaries, different lighting conditions, and the like to allow industrial vehicle users to clearly document the vehicle test environment for replication of the test by others. For example, floors, walls, lights, and even varied spaces where vehicles move from one environment to another. This could be when navigating from cold to warm or transitions between light to dark,” Bostelman said.

Along with revising F3218 and F3200, F45 members anticipate drafting many additional tests for industrial vehicles.

“It’s a huge number because we’re trying to make a document that separates the various A-UGV capabilities so that each can be tested independently. Tests for all of the capabilities will allow manufacturers, end-users, integrators, and others to use the same language for conversations about installation applications. The test form will be a clear way to see what tests were done and how a vehicle performed,” said Matt LaFary, committee vice chair and vice president of engineering, product, and culture at Triib Inc.

Along with writing the capability document, F45 members are developing a handbook for combining A-UGV standards (WK65141). “It is intended to serve as a guide to combine multiple standards together in order to run more complex testing, such as navigating through an environment from start to goal with obstacles blocking the path and communication impairments,” Norton says. Intended for both vehicle manufacturers and users, the standard will help match and test more real-life situations for A-UGVs. Like all of the proposed and existing standards under the committee, this standard aims to help the automation industry speak the same language and advance further.

“It is important to allow A-UGVs to grow to serve all industries that need to automate – which in the long run is every industry,” LaFary said.