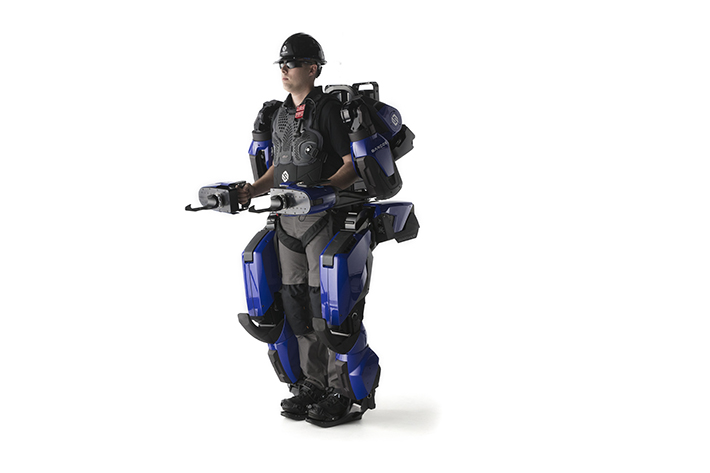 An entire ASTM International committee is working on standards for a remarkable type of connected product.

The committee on exoskeletons and exosuits (F48), formed in 2017, develops consensus standards for two specific wearables: exosuits and exoskeletons. These wearable devices increase a user’s strength, endurance, and mobility. At the same time, they can also help reduce injuries.

Often used in industrial settings, exoskeletons can be, but are not always, connected to the internet. They are not to be confused with robots. Unlike robots, exoskeletons must be worn by humans in order to be operated.

MORE: The Future of Exoskeleton Standards

“Exosuits and exoskeletons are often discussed under the topic of Industry 4.0, where workers can interact and communicate with the machines and robots around them, and there is a new flow of data between them,” said William Billotte, Ph.D., director of global exo technology programs at ASTM International.

Industry 4.0, known as the fourth revolution in manufacturing, combines the Internet of Things with the Internet of Systems to create automated and self-monitoring factories, otherwise known as smart factories. These factories are predicted to be more productive and efficient and less wasteful. By improving workers’ physical strength and endurance, exoskeletons can add to the increased efficiency and productivity of smart factories.

The committee hopes to identify areas in which it can collaborate with the subcommittee on connected products. Currently, there is no task group developing safety standards for consumer exosuits and exoskeletons. According to Billotte, the human factors and ergonomics subcommittee (F48.02) and security and information technology subcommittee (F48.05) are both considering issues involving exoskeletons and connected products. However, their efforts are in the very beginning stages. In the case of F48.05, they are in the planning stage.

One device that could come under the auspices of both F15 and F48 is a skiing wearable that helps to stabilize and support a skier’s knees and quad muscles. This support reduces fatigue, enabling a skier to spend more time on the slopes and less time feeling tired and sore. The device accomplishes all of this through the use of sensors on its external frame, a “powerpack” backpack, and a remote control.

As time goes on, conversations will focus on collaboration as well as possible input to the proposed guide for ensuring the safety of connected consumer products (WK71003) and other safety standards also drafted by the subcommittee.