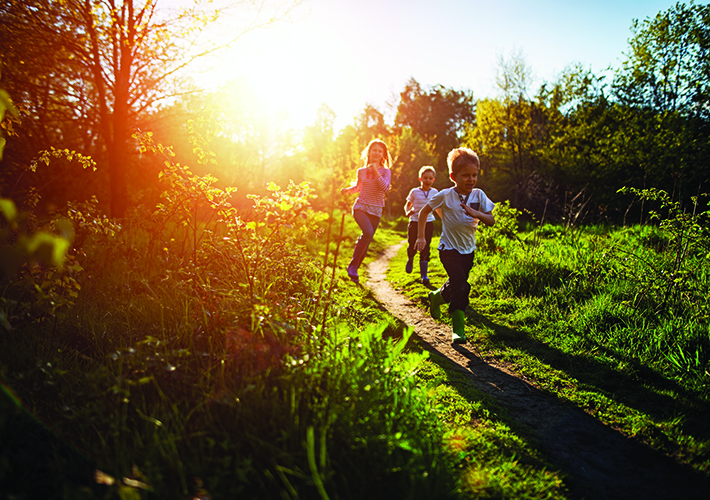 Consumer Safety, Standards, and the CPSIA

Consumers Union called 2007 “The Year of the Food and Product Recall” in the United States, with a record number of recalls involving quantities of ground beef and tubes of toothpaste, dishwashers and ceramic heaters, children’s products, and toys.

According to the National Bureau of Economic Research, the U.S. Consumer Product Safety Commission issued recalls of 276 children’s products and toys that year. The recalls represented an 80-percent increase over the previous year, and millions of products: toys with lead paint and small magnets, cribs and play yards with design and construction defects.

At the time, work had already been well underway to address potentially unsafe children’s products and raise awareness of the life-threatening hazards of certain products, and the numerous recalls focused the nation’s attention on product safety.

The time had come, and the Consumer Product Safety Improvement Act, which celebrated its 10th anniversary this year, was poised to make products, especially juvenile products, safer.

Rachel Weintraub, general counsel and legislative director for the Consumer Federation of America, remembers the work consumer advocates undertook in the years prior to the enactment of the CPSIA to address problems with children’s products.

One grassroots effort was launched by the parents of Danny Keysar, a 16-month old child who died by strangulation from a collapsing portable crib/play yard in 1998 while in a licensed childcare facility.

Kids In Danger — founded by Danny’s parents — joined CFA and other consumer advocates in working for legislation to better protect children. Their work bore fruit when, in 2001, Rep. Janice Schakowsky (D-Ill.) first introduced the legislation known as Danny’s Law — to make baby and juvenile products safer.

Weintraub says, “It was an unfortunate opportunity because recalls and incidents grabbed the attention of [the U.S.] Congress. We used the attention to focus on some of the problems, and we were able to work closely as a consumer community to put forth issues and proposals that we had been working on for a very long time.”

What resulted from this groundwork was the Consumer Product Safety Improvement Act, passed almost unanimously by Congress and signed into law in 2008 by then President George W. Bush. Danny’s Law became part of the legislation as Section 104, Standards and Consumer Registration of Durable Nursery Products.

Inez Tenenbaum, now a partner at Wyche who still works on consumer product safety and children’s safety in her legal practice, was chairman of the CPSC in the early years of the CPSIA implementation.
“CPSIA came about because of a crisis in the children’s products industry,” she says. “Congress mandated that CPSC work with industry, consumer advocates, and academia to develop the strongest standards possible. People were all working together to make sure that safety concerns and industry data were considered.”

The CPSIA, which the CPSC terms a “landmark consumer product safety law,” gave the agency new authority to enforce the law.

Of Section 104, based on Danny’s Law, Nancy Cowles says, “For us, that’s the heart of the CPSIA.” Cowles is executive director of the organization founded by Danny’s parents, KID. “When parents go to the store to buy a children’s product… they can be sure it has been tested for safety, and their child is going to be safe. It has made such an impact on children’s safety to have the CPSIA in place.”

The legislation also created SaferProducts.gov, a tool for both consumers and manufacturers to report and respond to incident and accident information (see sidebar below).

A long-time ASTM International member and co-president of Delta Enterprise Corp., Sam Shamie says that the CPSIA and ASTM standards were a natural fit. “CPSIA was enacted by congress with the express requirement for the CPSC to enact federal standards for juvenile products. One of the ways to accomplish this was by utilizing ASTM standards,” he says. “The ASTM process was the perfect vehicle to accomplish this task. It brings together all the stakeholders, including all the people and organizations, that retain the historical data and expertise in this field.”

Shamie recalls that time, and his ongoing involvement in the work of the consumer products committee: “I’ve been part of the ASTM committee and organization for over 40 years. What I have seen are good people, from all sides, coming together, with the express purpose of creating standards that have saved the lives of children and protected many of them from injury.”

The work to implement CPSIA prioritized cribs, and F15 evaluated how the existing consumer safety specifications for full-size baby cribs (F1169) and non-full-size cribs/play yards (F406) might be revised.
The biggest changes have been in testing that replicates real-world use and the prohibition of drop-side cribs (one side could be lowered) in F1169.

The standards provide performance and test requirements that help determine structural integrity. For full size cribs, the design requirements also include corner post extension entanglement hazards, among others. Labeling and instructional materials must be included as well.

While the work on stricter crib standards — and products made since then — stand out to a number of F15 members, they cite other juvenile products as well.

Close to 20 standards from F15 are now used by the CPSIA. These include the recently added consumer safety specifications for crib mattresses (F2933) and for infant floor seats (F3317).

And more standards are underway according to the committee’s timelines for revising or developing standards. At the same time, the responsible subcommittees continue to consider enhancements that may be needed for existing standards as new products come into the marketplace or new hazards emerge.

“There’s a great call to continue to develop standards so that products are covered by a guiding set of principles irrespective of the product,” says Kelly Mariotti, executive director of the Juvenile Products Manufacturers Association and an ASTM International member since 2010. “That’s a culture of safety, and it’s very exciting.”

The CPSIA also covers toys, an industry that in the United States alone has recently been valued at more than US$31 billion, and mandates the ASTM International consumer safety specification for toy safety (F963). According to the CPSIA, all toys sold in the United States must meet the requirements of F963.

ASTM International first published F963 in 1986. The standard began earlier as a provisional standard first published in 1976 by the U.S. National Bureau of Standards, now the National Institute of Standards and Technology. The F963 standard has been revised numerous times over the years since then.

As the introduction states, F963 helps minimize accidents for normal intended use and “reasonably foreseeable abuse” of the toys covered. These toys, for children under 14 years of age, include plush toys, balls, games, dolls and action figures, infant and preschool toys, battery-operated toys, ride-on toys, projectile toys, and many more. Its requirements and test methods relate to small parts, sharp points and sharp edges, chemical and material safety, ingestion, pinching, battery overheating, use and abuse, and other potential hazards.

“ASTM F963 is a very thorough, very protective standard. It was the world’s first comprehensive toy safety standard,” says Alan Kaufman, senior vice president of technical affairs for the Toy Association and a member of the ASTM International board of directors as well as F15.

And, at any given time, several revisions to the standard may be underway.

“We’re in a very innovative industry where new products come up all the time,” Kaufman adds. “Also, kids are endlessly inventive in how they use — and sometimes misuse — products. So there are emerging hazards that may suddenly pop up.”

As a result, the F15 committee, on an ongoing basis, looks at incident data and what revisions could help address issues. Revisions currently underway focus on acoustics requirements, expanding toys, and phthalates. The subcommittee on toy safety (F15.22) responsible for the standard reviews and revises it on a continuous basis.

Kaufman’s colleague Joan Lawrence is senior vice president of standards and regulatory affairs at the Toy Association and chair of F15.22. She notes that many companies complied with F963 before the CPSIA. And she adds that a strength of the CPSIA is its mandate that the most current version of F963 is always the mandatory one, if not rejected by CPSC during its review period. “That way it remains a living document that can evolve,” Lawrence says. “That gives a lot of assurance to families.”

The decade since CPSIA passed has seen positive changes in consumer safety.

“It’s a regulation that has really worked to do what it was intended to do — to increase safety,” says Cowles.
Recall statistics provide some insight. “In 2007, there were 109 recalls of children’s products and toys for lead,” says Weintraub. “In 2017 there was one such recall for lead. I think that’s a very powerful statistic.” Toy recalls have also decreased, Weintraub says, from 207 in 2007 to 15 in 2017, an 89 percent reduction, which may be attributed in part to the CPSIA.

“Companies are making better products than ever; they’re making safer products than ever; they have found ways to innovate within the regulatory scheme and provide features that parents want and need and still adhere to these very strict standards,” Mariotti says. “Over time, industry has found ways to work with the test labs to mitigate duplicative testing and ensure that the most efficient, cost-effective means of testing are utilized.”

Mariotti adds, “Most recalls now are not related to a product’s noncompliance. They’re for unforeseen hazards or products where there is no injury reported but a potential risk has been identified.”

Beth Schommer, vice president of regulatory compliance at Walmart, became involved with the consumer product committee when the CPSIA was being implemented. “There was a heightened recognition of the broad-reaching impact of a law like CPSIA not only on manufacturers but on retailers as well,” she says. Walmart has responded to CPSIA requirements by verifying that products comply with the standards. “When working with suppliers, retailers can point to a law like CPSIA and know that we are requiring the same safety standards consistently on behalf of the consumer,” says Schommer.

When there are safety issues, the retail giant has processes to remove products from the shelves. And when new regulations go into effect, Walmart notifies its supply base and communicates compliance expectations to suppliers.

“It’s a great model for how you can have government, industry, and consumer advocates all working together for children’s safety,” Tenenbaum says. “You can work so that everyone comes out a winner, and you don’t have to have an either/or.”

Weintraub notes the need to keep momentum going on standards work for the CPSIA. “We need to see the continued robust commitment to Section 104 to make sure the remaining products in that section go through the process and in a timely and effective way,” she says. “If we think there are additional categories that should be included, we will make that recommendation.”

The diverse stakeholders continue to come together in the consumer product committee to develop voluntary consensus standards. That’s what the committee does in the ASTM consensus process, bringing the stakeholders and their input together on behalf of safety for children and all consumers.

To report a potentially unsafe product, users fill out an online report. Product categories range from juvenile products and toys, clothing and containers, to personal care and packaging, and more. The information, kept confidential, goes to the U.S. Consumer Product Safety Commission for tracking and possible action (such as requesting new or revised standards).

You can search the database either by date or keyword, or you can browse particular categories of products (like babies and children, space heaters and fireworks, metals in products, home furnishings, toys, and more).

“It’s a wonderful tool for parents who are researching and looking to buy a product,” says Nancy Cowles, executive director of Kids in Danger, or KID, and a longtime ASTM International member.

Businesses can review and comment on product safety reports as well as receive notifications about their products. Small-batch manufacturers can apply for relief from certain third-party testing requirements.