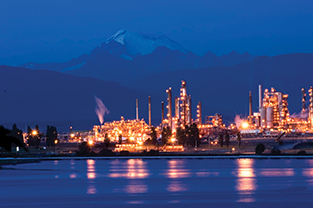 Proficiency testing programs are widely used in various industries to assess laboratory capabilities for analyzing specific products by specific test methods. Participation in a PTP helps a laboratory compare its performance against that of other laboratories in the industry. It also helps standards developing organizations such as ASTM International establish the real-world performance of a test method and improve on it when possible.

Participation in a PTP should be a critical ingredient in any laboratory's quality management system; it will demonstrate proficiency to customers and help meet the accreditation requirements of bodies such as the American Association for Laboratory Accreditation, the American Petroleum Institute, the Chemical Manufacturers Association and others. For example, the CMA Product Approval Code of Practice requires participation in the ASTM International lubricating oil PTP, sponsored by Committee D02 on Petroleum Products and Lubricants, for laboratories submitting data for oil approvals to API.1-3

ASTM International has taken the lead in sponsoring PTPs since the early 1990s. The first ASTM committee to launch a PTP was Committee D02. Since then, other ASTM committees have initiated similar PTPs in the areas of chemical analysis of metals, ores and related products; gold in bullion; plastics; textiles; and plain carbon and low alloy steels.

There are a number of benefits to participating in ASTM International proficiency testing programs. The programs provide an expedient way to assess the bias of one laboratory relative to others in the industry. Programs provide data for monitoring a laboratory's strengths and weaknesses across numerous test methods and products. Programs offer the ability to compare results among several test methods measuring the same parameters. Participation helps satisfy laboratory accreditation requirements. Satisfactory PTP performance can demonstrate testing capability to both internal and external customers of a laboratory. The program also helps ASTM committees validate test method performance under real-world conditions, and improve or modify method details where necessary, ultimately resulting in better precision and accuracy.

This year, two new programs have been added to Committee D02's lineup of PTPs - petroleum coke and petroleum naphtha (see "PTP Logistics: Petroleum Coke and Petroleum Naphtha," below, for an overview).

Since petroleum coke is a very heterogeneous material, sampling is a big problem in its analysis. The ASTM sampling standards are given for petroleum coke in D6969, Practice for Preparation of Calcined Petroleum Coke Samples for Analysis, and D6970, Practice for Collection of Calcined Petroleum Coke Samples for Analysis, and for coal coke, in D346/D346M, Practice for Collection and Preparation of Coke Samples for Laboratory Analysis. The standards all require starting with several tons of material to obtain an analytical sample. This is beyond the ability of the bottling and distribution facility at ASTM International's disposal so the bulk material suppliers pulverize and homogenize the sample and provide ASTM with a 60-mesh sample in sufficient quantities to cover each crosscheck. Two samples of calcined petroleum coke and two samples of green petroleum coke are distributed alternately each quarter to the laboratory participants. Approximately 500 g of test material is provided to each participant in each test cycle.

Real density, therefore, is a major quality specification of calcined petroleum coke and is used as a control in coke calcination. The volatile matter of petroleum coke affects the density of coke particles and can affect artifacts produced from further processing of the coke. It can also be used in estimating the calorific value of coke. The presence and concentration of sulfur and various metallic elements in petroleum coke are major factors determining the suitability of a coke for various purposes. Sulfur content can be used to evaluate the potential formation of sulfur oxides, a source of atmospheric pollution.

There are a large number of test methods for characterizing petroleum coke for the above analyses. The tests chosen for inclusion in the PTP program for petroleum coke (see box, "Standards in the Petroleum Coke PTP") were based on the availability of published precision estimates in the ASTM standards, their applicability to green or calcined coke, and which did not require extremely large quantities of samples for analyses.

The latest addition to ASTM Committee D02's PTP program is one for petroleum naphtha. It is scheduled to be conducted three times per year, in February, June and October. Approximately one quart of the commercial grade material is distributed to each laboratory participant. A large number of tests were originally offered, but only a limited number seemed to be of interest to the laboratories based on data return. The relevant tests are listed in the box, "Standards in the Petroleum Naphtha PTP." A dramatic difference between the compositions of the two naphtha samples was found in the results because there is no ASTM specification requirement for naphtha. It is traded as a commodity and the manufacturer provides its composition to the customer. As a result, the amount can vary among manufacturers.

Laboratories are welcome to participate in and learn more about all PTP programs for fuels, lubricants, textiles, plastics and metals testing either online or by contacting Steve Hepburn (phone: 610-832-9688).

R.A. Kishore Nadkarni, Ph.D., president of Millenium Analytics, East Brunswick, N.J., has been an ASTM International member since 1983. He works on several groups in ASTM Committee D02 on Petroleum Products and Lubricants, where he also serves as a section and subcommittee chairman. Author of more than 100 technical publications in the area of analytical chemistry and quality management, Nadkarni is also a member of the American Chemical Society. An ASTM Award of Merit recipient, Nadkarni has received the D02 Award of Appreciation, four D02 Awards of Excellence, the George V. Dyroff Award of Honorary Committee D02 Membership and the Sydney D. Andrews Scroll of Achievement.

Steve Hepburn is director of proficiency testing programs and contract/project management services in the Certification, Training and Proficiency Testing division of ASTM International.