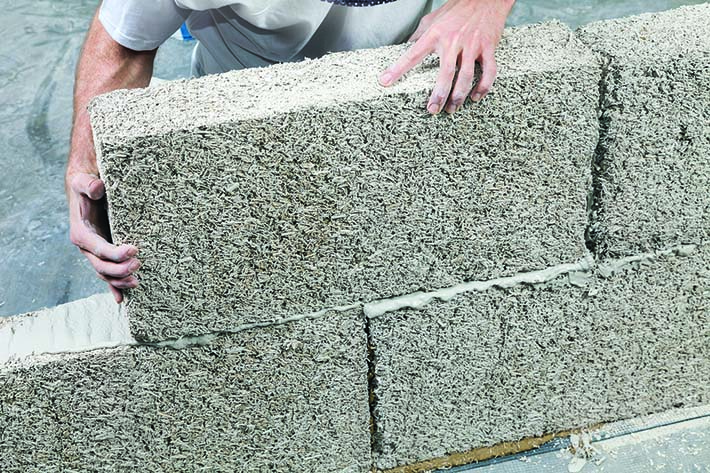 Standards help further the use of a sustainable building material.
BY:
Kathy Hunt

Ask someone to name a product containing hemp and most likely, he or she will mention consumables or clothing. Yet for centuries, humankind has used the Cannabis sativa plant’s woody stem in construction projects, breaking it into pieces and mixing it with lime and water to create an insulative, non-load-bearing material. Over the years, this nontoxic substance has been called hemp-lime or hemp concrete. Today it’s called hempcrete.

Durable and sustainable, hempcrete has appeared in a range of historical structures over the centuries, perhaps most notably in India’s sixth century temple complex, the Ellora Caves, a UNESCO World Heritage Site. Its use in the 1986 restoration of Maison de la Turque in Nugent-sur-Seine, France, spurred a renewed interest in hempcrete in that country. It has since made its way into contemporary residential renovations and construction in Europe, Australia, and North America. Cast into blocks or panels, hempcrete finds its way into walls, floors, ceilings, and roofs. And though some form of hempcrete has existed for centuries, standards for it have not. Developing these standards is the work of ASTM International’s subcommittee on industrial hemp (D37.07).

The subcommittee, part of the cannabis committee (D37), focuses on nonpsychoactive hemp cultivated for use in producing textiles, paper, food, cosmetics, construction materials, and other manufactured goods. Hempcrete is one of these industrial commodities.

READ MORE: Two Cannabis Standards You Should Know About

Two of the six new standards proposed by the subcommittee address hempcrete and its fire-resistant properties. The first proposed standard (test methods for evaluating the appropriateness/applicability of current R-value and fire resistance test methods, WK70549) provides a way to evaluate existing insulation test methods to determine if they can be applied to hempcrete. The second (test method for establishing unbiased R-value and fire resistance properties of hempcrete insulation materials, WK70550), will help determine a research and development protocol to generate unbiased R-value and fire-resistance data for hempcrete. According to Darwin Millard, subcommittee chair, and partner and co-founder of Phytologix, the ultimate goal is a set of performance standards that any building inspector can use to approve a hempcrete structure.

Because hempcrete is an insulative, rather than structural, substance, the subcommittee decided to work on performance rather than material specifications, says Millard.

By concentrating on performance, the standards should avoid any conflicts regarding manufacturing methods and binder composition, which may differ depending on locale.

“When hempcrete moves to different geographic regions, the binder generally changes. Usually, it’s formulated from lime and other minerals. As that ‘tech’ moves around the world, the composition will differ depending on the region. For hempcrete to be really sustainable, you don’t want to be shipping materials from Alaska to Texas. You want locally available minerals, and that may vary dramatically,” says Alex Sparrow, managing director of UK Hempcrete and co-author of The Hempcrete Book: Designing and Building with Hemp-Lime. 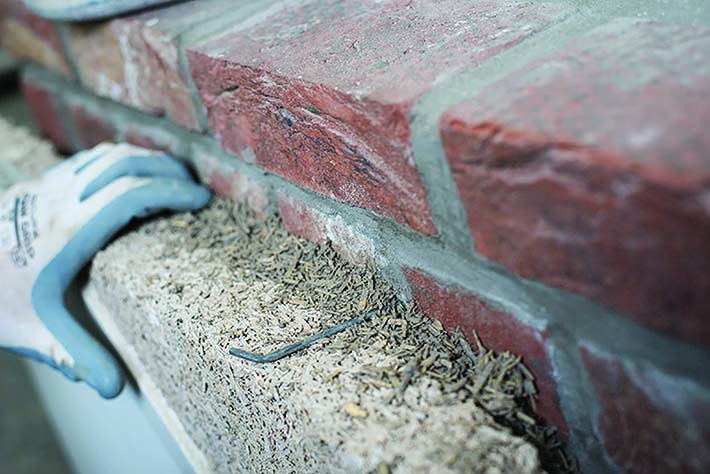 In the United States, the Agricultural Act of 2018 legalized industrial hemp and began to facilitate the commercial cultivating, processing, and marketing of this fast-growing crop. As a result, the United States has joined more than 30 other countries in producing the crop.

“Changes to the hemp industry, specifically the legalization of U.S. hemp agriculture in 2018, have started to streamline the supply chain of the building system. It will take some time for regional and local industrial hemp growth and processing to come on line, but the establishment of standards for hempcrete will help to create consistent demand and support the expansion of the industrial hemp industry,” says Tai Olson, director of operations at U.S. Heritage Group and a subcommittee member.

Prior to the Act’s passage, American contractors had to import hemp and hempcrete, inflating the cost of homes constructed with the material. Importing also made an otherwise eco-friendly material less sustainable, as carbon emissions produced by shipping hemp and hempcrete to the United States are considerably greater than if hemp is grown, processed, and used locally. For now, however, until locally sourced products that have been tested and certified become readily available, hempcrete imports will have to continue.

According to Millard, in crafting performance standards, members of the subcommittee on industrial hemp face several complications. For example, unlike concrete, the composite from which its name is derived, hempcrete is not a structural, weight-bearing material and should not be used as such.

Possessing an air permeability of 1.0 x 10-6 PSI (0.007 Pa) and a vapor permeability of 3.4 x 10-5 PSI (0.23 Pa), hempcrete is a type of insulation, according to Hemp Technologies Global. Unless this distinction is made clearer, misunderstanding and misuse of hempcrete can occur.

Another difficulty lies in the vast scope of creating performance standards on a global level. Millard says representatives from the British and Italian Hemp Associations, the Indian Industrial Hemp Association, the Canadian Hemp Trade Alliance, and the International Hemp Building Association, among others, are participating in D37.07. These groups have committed to creating consensus-driven, internationally relevant, “fit-for-purpose” standards for hempcrete. This is no small undertaking.

All involved believe that the payoff for producing standards are worth the time and effort. “There is a laundry list of reasons why hempcrete should be used. It is superior in almost every way you can measure,” says Dion Markgraaff, vice president of the U.S. Hemp Building Association and a subcommittee member.

Markgraaff cites the absence of off-gassing — the release of volatile organic compounds (VOCs) into the air — as an argument for hempcrete. Fiberglass insulation, particle board, paint, and other building materials are known to emit VOCs. These emitted chemicals, in turn, can cause physical reactions such as headaches, dizziness, and nausea. Markgraaff points out that hempcrete’s lack of off-gassing results in less toxic working and living environments.

FOR YOU: Cannabis Standards Efforts Off to a Fast Start

Meanwhile, Sparrow notes three distinct features that encourage the use of hempcrete in construction projects. Hempcrete:

“It’s really quite different from any conventional insulation material that we have,” Sparrow says.

Hempcrete owes these unusual properties, in part, to the woody core of the hemp stalk. Called a hurd or shiv, the core’s cellular structure enables it to trap and hold air. It also can retain and release moisture almost indefinitely without degrading. When broken into pieces, mixed with a lime binder, and cast into a block or framed panel, the hemp hurd excels at insulating and controlling moisture. This is because it naturally regulates temperature and humidity, lessening the need to run heating and cooling units and thus, reducing energy consumption.

“The cellulosic makeup of hempcrete is very porous and spongy, allowing moisture to move through, passively regulating humidity and temperature. Its vapor permeability is unmatched,” said Joy Beckerman, president of the Hemp Industries Association and principal of Hemp
Ace International.

Another benefit of hempcrete is its negative carbon status. According to a 2011 report from James Vosper of Australia’s Good Earth Resources, the cellulose inside one hectare (2.5 acres) of hemp can sequester more than 22 tons (20 metric tonnes) of carbon dioxide. In growing hemp, more carbon dioxide is removed from the atmosphere than is emitted during the production and installation
of hempcrete.

Due to the sourcing and types of binders, the amount of carbon sequestration in hempcrete does fluctuate. UK Hempcrete cites 165 kg net carbon dioxide absorbed per cubic meter of shuttered or hand-placed hempcrete, while San Diego, California-based Hemp Technologies Global notes a carbon capture of 108 kg/m3.

As concerns about low-impact living and construction increase, so, too, should interest in hempcrete. Since 2010, 50 U.S. houses have included hemp in their construction. Long lasting, sustainable, and with a range of benefits, hempcrete seems poised to become a go-to building material in the future. Subcommittee members hope that the efforts of the subcommittee on industrial hemp to establish performance standards will further its acceptance and use.

“Our goal is to create a set of standards that encourage and promote the use of eco-friendly building materials like hempcrete,” Millard said.

For more information about the industrial hemp subcommittee, contact Robert Morgan at rmorgan@astm.org.

The Committee on Cannabis will meet June 28–29 at ASTM's June Committee Week in Boston, Massachusetts.