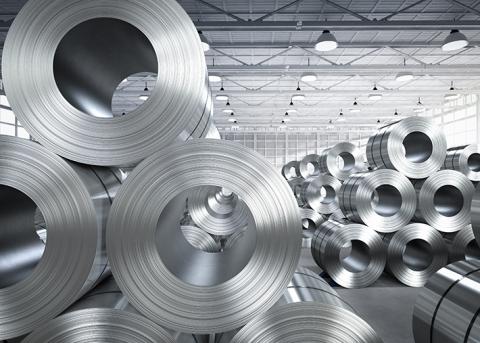 Heavy Support for Metals and Alloys

Several ASTM committees manage standards related to metal. Some deal with its medical applications, others the use of metal in sports equipment, and still others as it relates to the metals used in amusement rides. But only one committee at ASTM is focused on developing standards for the metals themselves: the committee on reactive and refractory metals and alloys (B10).

The committee is charged with developing specifications, test methods, definitions and recommended practices for a set of metals and alloys that have specific and important industrial usage, including tantalum, niobium, hafnium, molybdenum, titanium, tungsten and zirconium. With jurisdiction of over 47 standards, the committee's work continues to play an important role in all aspects of the metals industry including composition standards, metal properties, product dimensions and classification, standard nomenclature, analysis methods, quality assurance and more.

“The reactive and refractory metals and alloys have a wide range of applications,” says David Frey, current chair of the subcommittee on titanium (B10.03). “From the aerospace industry to nuclear power to electronics, chemical process equipment, and more. That’s because these metals are most notable for being among the most corrosion resistant. In fact, they’re all at the top of the scale for corrosion resistance, which makes them very useful in a range of industrial applications.”

And ASTM’s standards around these metals are vital to the industry, Frey adds, because there are effectively no other standards for many of these products. The ASTM standards managed by B10 have long been the go-to specifications for reactive and refractory metals worldwide, playing a critical role in the development and growth of the industry.

It's impactful work, and much of it likely would never have happened if it weren’t for the dedication of John Shields, the former chair of the committee on molybdenum and tungsten (B10.04), which oversees standards for tungsten and molybdenum and who passed away in 2021. John was involved with B10 for over a decade, often taking on projects that no one else would in order to ensure that the tungsten molybdenum industry where he spent his career had the standards it needed to ensure safe, reliable production and usage of these important metals and alloys.

“John was incredibly dedicated to his work with ASTM, he was active and involved in an arena where no one else seemed to give a damn, and he stuck with it and handled it in a beautiful way,” says John Banker, who currently heads up the B10 awards committee and worked with Shields for many years. “Tungsten and molybdenum have some important uses, in both their elemental and alloy states where they’re dominant, but it's a very small industry. John was very dedicated and active and honestly kept that subcommittee alive when ASTM really needed it. He was a good man.”

Frey, who served as a subcommittee chair alongside Shields for many years, agrees.

“John was the nicest guy you’d ever want to meet,” he says. “He was the classic image of a professional, always polite, always respectful, and very knowledgeable about his products and his business. He did an excellent job running the B10.04 subcommittee and always did what he thought was best for the committee and the industry as a whole, but the fact is he was a real gentleman, which is a rare breed these days.”

In Banker’s opinion, Shields will be remembered for many years within B10, both for his dedication to the committee as well as his tireless work in the molybdenum industry.

“When I think of B10.04, I think of John Shields,” he says. “He was really someone you looked forward to seeing at the meetings, and it was always a good idea to sit near his end of the table so you could get a chance to chat with him. He was one of the good ones.”