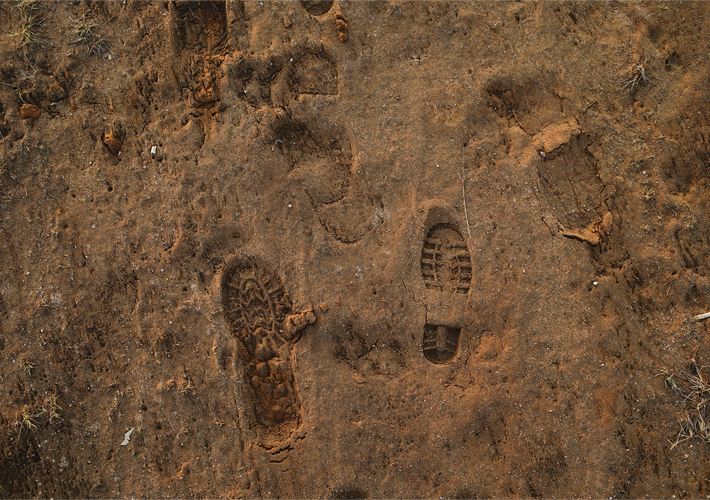 It's Sedimentary: How Forensic Geology is Helping to Break the Case

A new ASTM standard focuses on forensic geology, a field that is solving crimes using the smallest samples of geological materials
BY:
JP Ervin

Forensic sciences have become something of a cultural fascination, the subject of countless podcasts, books, TV shows, and news reports. As early as 2006, the classic investigative drama C.S.I. included a knowing joke about the genre’s popularity. Forced to appear on a reality crime program against his will, a central character lamented, “There’s too many forensics shows on TV.”

Too many shows or not, the audience remains as passionate as ever. Forensics fans are excited by the spectacular crime scenes and the earth-shattering evidence that breaks the case. However, in real life, sometimes it’s the smallest details that matter. Enter forensic geology, a field that often relies on less than a teaspoon’s worth of materials to solve crimes.

Forensic geology uses geological evidence in a criminal justice context. Investigators draw on scientific techniques to search artifacts for hidden evidence. Geological samples have been used to reveal clandestine burials in volcanic caves and large forests, to analyze mud that ties individuals to the scene of a crime, and to prove that a suspect couldn’t have been where their alibi suggested. If not quite helping us to see a world in a grain of sand, forensic geology at least reconstructs our own universe from the tiniest handful of earth.

The forensic study of geological material is nothing new. Investigators have applied modern geosciences to cases since at least the 1850s, and a textbook from the 1890s explains that the petrographic composition of dirt on shoes could reveal locations visited by a suspect. This potential was already on the mind of the writer Sir Arthur Conan Doyle, who wrote about the geological knowledge of his famed protagonist Sherlock Holmes in the character’s very first appearance. As recalled by narrator Dr. Watson, Holmes possessed a “practical, but limited” expertise in geology, a skillset that left him able to identify “at a glance different soils from each other. After walks has shown me splashes upon his trousers, and told me by their colour and consistence in what part of London he had received them.”

ASTM International has recently developed its first standard for the forensic analysis of geological materials (E3294). Developed through a collaboration between the committee for forensic sciences (E30) and the Organization of Scientific Area Committees for Forensic Science (OSAC), the new standard offers recommendations for powder X-Ray diffraction and criteria for the identification and comparison of unknown materials. The committee is already looking ahead to future efforts, planning additional standards related to the examination of geological forensic evidence.

Despite its focus on small materials, forensic geology uses a large array of methods and bridges several disciplines.

Forensic geology actually refers to a number of geological assessments, centered around two primary areas. One area of this discipline, closely related to environmental forensics or forensic engineering, plays a central role in civil investigations and litigation. Used for purposes such as environmental analysis or construction projects, geophysical examinations potentially yield crucial insights about the environment. This form of investigation might aid a utility company mapping underground infrastructure for cables, guide an exploration of a site of water pollution, or provide evidence to explain the failure of a bridge.

E3294, by contrast, concerns a second area, focused on the use of geological materials as forensic evidence in a criminal context. Here, sciences such as sedimentology, petrology, geochemistry, and geophysics guide investigators in the search for clandestine graves and buried objects such as drugs or weapons. They also aid the close study of trace evidence that might link a suspect to a crime scene or confirm an alibi location.

Today, the use of geological evidence by the forensic community is a specialty science, one that has its own unique methods and challenges. “We're typically dealing with trace materials,” explains Ronald Kelly, a retired forensic chemist from the U.S. Federal Bureau of Investigation and subcommittee chair of E30.01. “Our practices are going to vary significantly in some cases from what industry is using as a similar practice, because they're doing bulk analysis. Many times, we get a tip of a teaspoon full of soil. To somebody out there doing an engineering project, that's useless to them. Yet, that's all we have to work with.” 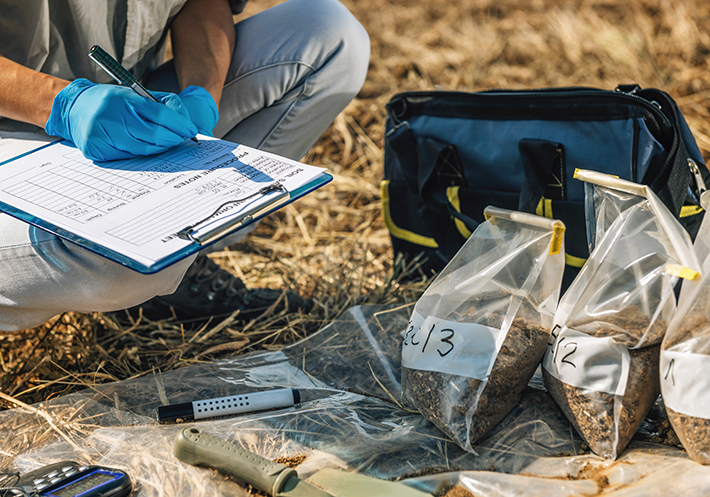 Standards will help bridge the gap between investigators and scientists working in a laboratory.

Within the broad area of forensic geology, scientific investigation plays several roles. One of the most common applications has to do with the use of soil or loose geological material that has become adhered to an object used to commit a crime. In this context, materials from a crime scene or an alibi location could be cross-referenced against evidence to determine if they originated from the same source.

A second analysis called a provenance examination functions less directly as evidence within the courtroom, instead helping to guide investigators in their work. In this case, soil would be examined by several different methods and compared to reference data about where certain soils are likely or unlikely to occur. This might help the police narrow down areas for a search, easing their efforts in the process.

A third application of forensic geology more simply helps to establish the identity of a material. These sorts of examinations serve a wide variety of purposes, but broadly help to clarify details of a case. For example, traces of concrete on a bullet might legitimate a claim that the projectile was fired at a sidewalk rather than a person, supporting a suspect’s argument that a shooting was an accident.

Within the world of criminal justice, forensic geology is a niche specialty. “I would say within the U.S., there are just a handful of laboratories that do these types of analyses,” says forensic sciences committee member Libby Stern. “Probably eight or ten that I know of, but also there are professional soil scientists or professional geologists who might be asked to do a forensic geology exam outside of a forensic laboratory. And that happens because it's a specialized discipline and most forensic laboratories do not offer that service.”

Formed in 1970, E30 has over 500 members and holds jurisdiction over 60 standards. Over the years, the committee has been composed of participants from a range of investigative organizations, including the FBI, ATF, DEA, USPIS, IRS, Secret Service, NIST, and state and local agencies, along with private-sector laboratories and consultants. Standards developed by the committee play a key role in a wide range of forensic sciences, including criminalistics, digital and multimedia evidence, fire debris analysis, drug testing analysis, collection and preservation of physical and digital evidence, as well as reporting on findings.

E3294, developed by E30 and the OSAC, focuses on the work of forensic experts to determine the identity of minerals within geological material. In particular, the new guide concerns powder X-ray diffraction, a non-destructive method for determining the crystal structure of minerals in a soil. The standard focuses on the analysis of geological evidence and recommends criteria for identification of unknown minerals within mixtures, as well as an approach to interpreting powder X-Ray diffraction data for comparisons of geological materials. Ultimately, this process can help an examiner to identify what minerals are present in a soil or compare the diffraction patterns of two soils without identifying materials.

FOR YOU: A Standard That Aims to Stop Bullets

Stern explains that the new standard builds on commonplace techniques already in use across the industry. “[E3294] relies heavily on the breadth of well-established methods and makes recommendations to adapt them to the kinds of circumstances that are relevant for materials in a forensic lab, which might be that there's insufficient material to perform these measurements optimally, but you can still glean information from them. It's really framed around ‘Here are some optimal methods. Those are probably not going to be so relevant. Here are ways to adapt them.’"

Another way that standards play a crucial role is by bridging the gap between investigators and scientists working in a laboratory context. Given that criminal justice and scientific analysis have their own distinctive areas of emphasis, standards help to convey the particular concerns of forensics. According to Stern, “One benefit of this type of standard is that it is a way to communicate some of the nuance of forensic analyses to professional soil scientists and professional geologists who might be asked to perform this type of examination but may not be aware of some of the requirements of forensic examinations.”

Gone are the days when criminal investigations relied solely on the sharp eye of gifted detectives. Linking together investigators and laboratories, forensic geology triangulates a range of methods used by a community of specialists to explore the smallest of trace materials. However, Holmes’ great insight about investigation as a whole hovers over the field: “To a great mind, nothing is little.” ■