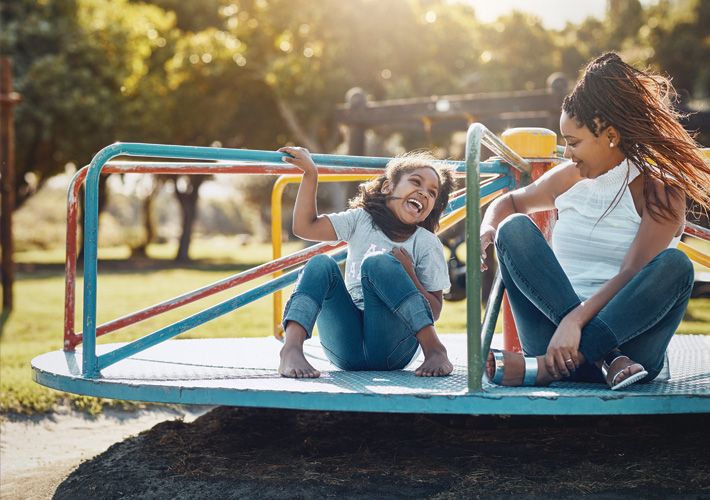 Standards for Lead Paint: Testing and Removing a Global Hazard

From updating test methods and hosting webinars to monitoring new research and supporting partner organizations, ASTM is fighting back against lead paint.
BY:
JP Ervin

Compared with other household hazards, the dangers of lead paint are relatively well-known. Homeowners are familiar with the tests and disclosures that accompany a rental, sale, or purchase. And most people know that lead in paints can damage organs, hamper intellectual development, and result in behavioral problems.

Any public awareness of the dangers of lead paint is positive. But as with any safety issue that has a degree of popularity, familiarity can mean key aspects of the story can be overlooked. For instance, people in the United States might not realize that lead paint is still available for specific uses in the country today.

They especially might not understand the global impact of lead paints. Lead-containing paints are spread across the world in homes, schools, playgrounds, workplaces, consumer products, soils, and air. The World Health Organization (WHO) estimates a million people die annually from lead exposure—more than the number of deaths caused by malaria—with millions more coming into dangerous contact with the substance each year.

Today, a broad coalition of individuals and organizations is working to reduce the hazards posed by lead usage. In particular, the Global Alliance to Eliminate Lead Paint, led by the WHO and the United Nations Environmental Programme (UNEP), is supporting countries as they work to respond to lead’s dangers.

Standards play an integral role in this effort, establishing testing and other practices that are necessary for identifying lead paint and reducing its ill effects.

ASTM International is supporting this process—by maintaining time-honored standards, monitoring new research, hosting webinars to promote collaboration, and making standards available to partners of organizations such as the Lead Paint Alliance. Through these efforts and more, the organization is working to be part of the solution.

The Dangers of Lead

Though lead remains widely used throughout the world today, its negative health impacts have provoked concerns for millennia. Benjamin Franklin warned in a 1786 letter about the dangers of lead poisoning, but the metal even found critics in Medieval Europe and Ancient Rome.

The difficulty with lead is that, despite its manifold dangers, it is also very useful. Extracted by humans since at least 6500 B.C., lead has been used throughout history in pipes, jewelry, bullets, batteries, coins, armor, medicines, toys, spices, and even as an additive in wine.

It is particularly enticing for use in paint, where it functions to accelerate drying, increase durability, maintain a fresh appearance, and resist corrosive moisture. Though the federal government banned consumer uses of lead paint in 1978, lead-containing paints are so durable that even now in the U.S., bridges and elevated water towers are adorned with the material, and millions of gallons of thermoplastic road marking paint that can contain lead ingredients are still applied each year to create lane markers and other traffic symbols.

At times, lead levels in paint can be quite staggering. While many nations have laws that restrict lead content to 90 parts per million (PPM) or .009 percent, levels can be as high as 100,000 PPM—10 percent of the total weight.

Lead paint is especially dangerous when looked at from a global standpoint. While countries such as the U.S. apply well-established standards and incorporate strong legislation, less than half of the countries in the world have legally binding controls on lead paint.

According to Angela Bandemehr, senior international environmental specialist at the U.S. Environmental Protection Agency (EPA), developing countries often bear the brunt of lead hazards due to high demand and a lack of legislation.

“In growing economies, there’s more and more building, increasing development, and a growing need to paint surfaces in schools, homes, and hospitals, but also products, cribs, and toys,” Bandemehr says. “Increased consumption leads to more use of paint that may contain lead. High levels of lead in paint can be found in lower- and middle-income countries, up to a thousand times more than the limit that is considered safe.”

Standards play a fundamental role in efforts to eliminate lead paint from residential use. In addition to identifying test methods related to lead, they also provide guidance for other parts of the process, from sample collection to recordkeeping. Additionally, they account for a range of contexts, including child-occupied facilities, workplaces, and soil.

The committee on air quality (D22) is host to 29 current standards related to lead, which fall under the jurisdiction of the subcommittee on sampling and analysis of lead for exposure and risk assessment (D22.12). The subcommittee was formed out of the need for rigorous standards to address hazards such as lead paint, and its first efforts were supported by a wide range of members from industry, non-profits, and government organizations such as the EPA and NIST.

Kenneth T. White (Kenn), principal at Consultive Services, is also the subcommittee chair of D22.12 and the vice chair of membership for D22. White explains that the committee’s standards relate to the broad spectrum of practices concerning lead paint after it has been applied to a surface.

“All paint comes off sooner or later, whether you do it on purpose or just because of time,” White says. “My particular subcommittee deals with the hazard, not with the paint in the can. Once the paint is used, that’s where we deal with it. We have everything from how to sample it, how to prepare it for analysis, and how to do the analysis. We also have standards that deal with how to do an inspection to find hazards, what to do when a hazard is identified, how to conduct clearance, recordkeeping, and terminology.”

Many of the D22.12 standards have been in use for decades, and White prides himself on the subcommittee’s efficiency in maintaining their standards. Even so, the committee is also judicious about evolving in response to cutting-edge research. They are presently developing a standard, new practice for field collection of airborne particulate samples for subsequent lead determination (WK82689), which will focus on sampling airborne lead particulates resulting from disturbing paint.

“Paint that comes off the wall or off exterior surfaces first goes into the air,” White says. “This standard deals with how you sample for the stuff that’s airborne. It was based on the latest research that was done on the kinds of things you do find when you do air sampling during the process of disturbing paint. We’re writing this standard on how to do that sampling and what you need to do it. We’re trying to take into account everything we know about sampling for airborne particulates, all the good and new science.”

The subcommittee on chemical analysis of paints and paint materials (D01.21) also has jurisdiction over lead paint standards. In addition to an extensive catalog of standards related to paint and paint materials in general, the subcommittee maintains two lead paint test methods: the test method for detection of lead in paint by direct aspiration atomic absorption spectroscopy (D4834) and the test method for low concentrations of lead, cadmium, and cobalt in paint by atomic absorption spectroscopy (D3335).

Andrew Burris, Ph.D., is chair of D01.21 and senior air quality chemist for the South Coast Air Quality Management District. According to Burris, well-defined test methods are invaluable for developing nations as they consider lead-paint programs.

“Methods are very prescriptive,” he says. “If you’re outsourcing your samples, they can tell you how to prep those properly. They can help you choose a lab if you read the basic outline for the test and ask the lab, ‘Are you running this particular ASTM method?’ If countries want to eventually start their own labs and purchase equipment, it can help them determine what equipment they should purchase. And ultimately, if they do purchase equipment, it can help them set up their internal test method quickly.”

Like White, Burris sees technology and research as crucial. New developments have the potential to make testing more accessible in countries where cost and ease-of-use are major factors in what can be implemented.

“There is opportunity to do more as new questions come up or new techniques are adopted,” Burris explains. “Handheld portable instruments, for example, are an exciting direction for me because if you can just grab a device and get results, that’s the dream. But the technology is still pretty new. There are a lot of questions outstanding. More research needs to be done. Where ASTM really shines is that it brings a lot of folks together from different backgrounds and gets good input.”

In addition to developing standards, ASTM is supporting efforts by the global community to solve the problem of lead paint.

In September, ASTM co-sponsored two webinars with UNEP and the EPA, one in the Latin American and Caribbean region and one in the African region. The webinar provided an overview of specific methods, and the two events combined to attract more than 300 participants.

The webinar was held to support the work of the Lead Paint Alliance, which raises awareness of the need to eliminate lead paint and supports the development of regulatory frameworks to regulate its manufacture, import, and sale.

Bandemehr, whose organization, EPA, chairs the Advisory Council of the Lead Paint Alliance, explains that standards function as a key plank of lead-paint efforts.

“Standards are central to making a law effective,” Bandemehr says. “In order to eliminate lead paint globally, we need to have countries develop effective laws. The Lead Paint Alliance offers a model law centered around testing and conformity assessment. The basic principle of the law is that you set a limit and then you test the product against that limit. You ask industry to certify that their product meets the limit. They have to document conformity. The government can go and check at a facility or maybe in the market to check on conformity. Standards and testing are critical to make this work.”

Events such as the webinars on lead paint testing help to bring together organizations, and they also provide nations with valuable information as they consider their own programs. Collaborative programs, such as ASTM’s Memorandum of Understanding (MoU) partnerships, also help facilitate information-sharing among standards-development organizations.

“It’s important for countries to have access to all the standards that they need and build a relationship with the standards community,” Bandemehr says. “We’ve seen that most of the MoU countries are the ones developing lead paint laws.”

Bandemehr also explains that such efforts are why the challenges of lead paint are not insurmountable.

“This is something we can do something about,” she says. “We can solve this. The standards community can be part of this global situation. In the foreseeable future, with ASTM’s help and the work of the global community, we can actually eliminate lead paint.