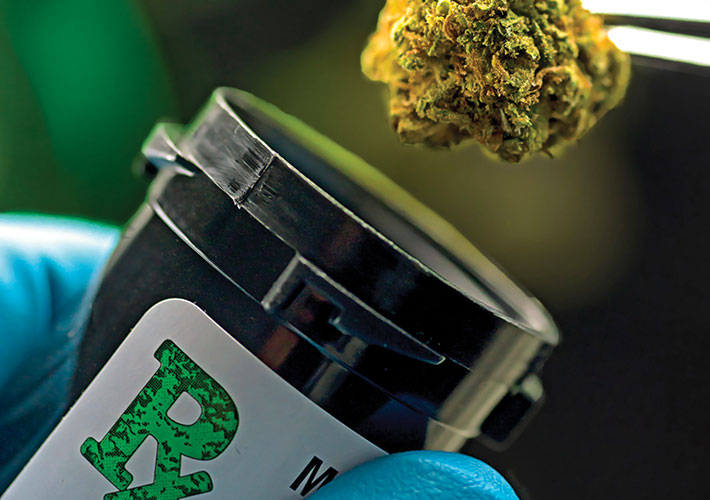 The Need for Cannabis Standards

The notion of a robust global cannabis industry — with branded products, corporate stakeholders, and government regulations at various levels — would have been unthinkable just a few decades ago.
Yet that is exactly where we are today.

This is one of the fastest-growing industries worldwide, with U.S. sales alone for state-legal cannabis estimated at more than $7 billion, up 25 per cent from 2015 to 2016.

The Need for Standards

Cannabis and its chemical derivatives are increasingly recognized as effective medicine for the treatment of a wide variety of ailments by countries including Australia, Canada, Germany, South Africa, Uruguay, and others.

In the United States, more than half of states have legalized medical cannabis, even while its status as an illegal Schedule I drug has precluded the U.S. Food and Drug Administration (FDA) from its regulation and oversight.

As a result, U.S. states have attempted to create their own regulations and safety standards, resulting in a patchwork of laws in that country.

Many groups have worked to bring greater consistency and standardization to the cannabis marketplace, including the Foundation of Cannabis Unified Standards (FOCUS), the American Herbal Products Association (AHPA), Americans for Safe Access (ASA), the Association of Public Health Laboratories (APHL), and more.

Gradually, however, people and organizations throughout the cannabis industry realized that a more comprehensive, global approach to standards-setting would be better able to address all of their standardization needs, from cultivating to dispensing, lab testing to analytical methods, and even patient education.

So, as many burgeoning industries do, these stakeholders turned to ASTM International.

The first requests to initiate a standards activity came in late 2015 from these groups as well as the American Public Health Association (APHA) and ASTM International’s own committee on manufacture of pharmaceutical and biopharmaceutical products (E55).

As more stakeholders voiced the need for coordination by a world-renowned standards developer, ASTM International hosted a meeting at its global headquarters on Feb. 28.  The event was attended by a diverse cross-section of industry experts who discussed whether to launch a new technical committee and, if so, what the title, scope, and structure of such a committee might be.

After spirited discussion, the 60 or so attendees voted unanimously to create the committee on cannabis (D37).

That same day, they decided to pursue standardization efforts in six areas, which they determined would serve as the group’s subcommittees:

The committee was approved by the full ASTM International board of directors on April 25.

From Training to Testing

Several attendees of the Feb. 28 meeting shared anecdotal evidence of the need for standards for cultivation, processing, and personnel training in the cannabis industry.

Jahan Marcu is the chief science officer for Americans for Safe Access (founded in 2002), an organization that advocates for people with medical conditions for which cannabis is believed to be therapeutic. He highlighted inadequate dispensary personnel training.

“Earlier this year, ASA helped design a study which looked at training and education in dispensary staff workers,” Marcu said. “The study showed that about 80 percent of dispensary staff workers at medical cannabis dispensaries did not have training which included any medical or scientific information. When interviewed by doctors, 50 percent of them made a recommendation that would have exacerbated a patient’s symptoms.”

In addition to standards in personnel training, some members of the committee discussed how they might try to actually develop their own full-fledged training programs based on those standards.

Marcu also said, “Having a safe, non-toxic treatment that can be used in a variety of conditions in vulnerable and brittle populations is extremely needed. We see glaucoma patients, epilepsy patients, people who are suffering from other neurodegenerative disorders, who could greatly benefit from having appropriate access to these materials.”

Many of the attendees mentioned how, in the absence of any national or international standards for purity, the safety of cannabis products — ranging from plant material for smoking to edibles infused with cannabis extract — is a major concern.

As an example, one of the new committee’s members noted how a California man recently died from a rare fungal infection believed to be caused by contaminated medical marijuana he used to offset the side effects of chemotherapy. Subsequent tests of 20 medical marijuana samples from different parts of the state revealed that most were indeed tainted with dangerous bacteria and fungi.

Testing will be an important element of D37’s scope. “When we look at where the focus has been on regulation over the past years, there’s been a lot of dialogue around testing,” according to Jeremy Applen, owner of New Mexico’s first state-approved testing laboratory and founder of Cannabis Systems, which designs software for quality system management and regulatory compliance.

“There are a tremendous number of questions around the reliability of the data that’s being generated by cannabis laboratories,” said Applen, who was elected vice chairman of the committee at the Feb. 28 meeting. “If you don’t have robust standards around cultivation, manufacturing, or distribution, you don’t really know what chain of events occurred prior to that product being identified as potentially adulterated.”

There is broad support for ensuring the safety of cannabis products that are now on the market, but the therapeutic efficacy of cannabis is still a subject of debate. Some members expressed how cannabis’s status as a Schedule I drug in the United States is hampering efforts of those who want to study this key question.

“The federal prohibition on cannabis stymies a lot of the science and traditional protocols that are in place for other commodities,” said Susan Audino, Ph.D., an industry consultant and instructor for the American Association for Laboratory Accreditation.

A Voice for Everyone

Cannabis presents a unique challenge compared to the usual products and materials for which ASTM International develops standards. Meeting attendee Kathleen May, a consultant with over 20 years of experience in the pharmaceutical and medical device industry, summed it up well.

When it comes to cannabis, May pointed out, “You’re still going to have two camps — acceptance and non-acceptance.” Referring to the committee’s plan to hold symposia in which cutting-edge issues can be discussed, she says, “The driving force to shifting that pendulum will be education, and ASTM actually offers that platform, too.”

Education through workshops and symposia is one of the many supplemental benefits of choosing ASTM International to administer standards development efforts.

On a fundamental level, though, the organization’s widely admired consensus-building approach was mentioned by everyone interviewed for this article.

Jeremy Applen, for example, lauded ASTM International’s commitment to openness and inclusion in standards development: “When we look at the industry in the United States in particular, for 20 years the cannabis industry was led by cultural eclectics, people who took a tremendous amount of risk to bring a new class of medication to people who were really suffering in the end stages of their life. The ASTM process allows those individuals who partook 20 years ago, and who may be small farmers, or small dispensaries, or small manufacturers, to continue to have a voice at the table while we’re talking to state and federal regulatory bodies as well as the large industrial stakeholders.”

The founder of FOCUS, Lezli Engelking, points to ASTM’s worldwide reach as another benefit, saying, “It can create consistency across the board, which I think is huge not only in the United States, where regulations differ from state to state, but certainly globally.”

Ralph Paroli, Ph.D., the immediate past chairman of ASTM International’s board of directors, was elected at the meeting to serve as chairman of the new committee.  The director of R&D in measurement science and standards at the National Research Council of Canada is confident that ASTM is the right fit to host this standards activity: “With its decades of experience in industries such as pharmaceuticals, medical devices, packaging, agriculture, pesticides and more, ASTM International is the perfect place for standards development for the cannabis industry.”