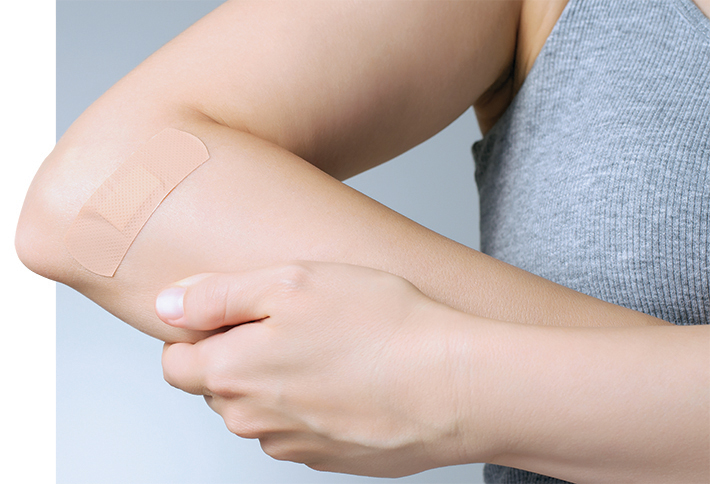 A Partnership to Help Prevent Infection

ASTM International and ISO are collaborating on a set of standards that will guide the radiation sterilization process — and help save lives.
BY:
Kathy Hunt

Preventing infection and disease transmission has been a primary goal of the global medical community for many years, particularly with regard to the medical equipment and devices used for a wide variety of purposes around the world. In fact, a report from the U.S. Centers for Disease Control and Prevention (CDC) covering data from 5,600 hospitals from 2015–2017 found that over 300,000 healthcare-associated infections were reported, with many being fatal.

One effective way to reduce the spread of pathogens is to sterilize medical equipment using heat, gas, or acid. These methods will destroy bacteria, viruses, and other microorganisms, minimizing the threat of contamination. However, another sterilization method currently growing in popularity involves radiation.

First used in North America in the early 1960s, radiation has become an increasingly common sterilization tool for healthcare supplies. Among radiation’s selling points are the ease and speed with which products can be sterilized, the absence of residue on sterilized products, reduced contamination risks, and compatibility with temperature-sensitive materials. Today, more than 100 large-scale irradiators for radiation sterilization can be found across North America and Europe.

According to a report by the International Atomic Energy Agency, between 40 and 50% of disposable medical apparatuses produced in developed countries undergo radiation processing. This amounts to roughly 12 million devices per year, including everything from bandages, tubing sets, and personal protective equipment (PPE) to orthopaedic implants and stents. Because these items are packaged before being irradiated, they should remain contaminant-free until their use at a medical facility.

As the prevalence of radiation sterilization expands, so, too, does the need for comprehensive and compatible standards. That is where the collaboration between ASTM International and the International Organization for Standardization (ISO) comes in.

“For radiation sterilization, ISO 11137 is the main standard, to a large extent explaining ‘what to do’ to develop a sterile medical device, with ASTM standards describing ‘how to do it,’” says Arne Miller, professor in the Department of Health Technology at the Technical University of Denmark. Miller is a member of ISO TC 198 WG2 and chair of the E61 task group on the practice for dosimetry in an electron beam facility for radiation processing at energies between 80 and 300 keV (ISO/ASTM 51818).

As Miller indicates, ISO 11137 details the requirements for the development, validation, and routine control of radiation sterilization for medical devices. First released in 1995, the ISO standard covers low-temperature sterilization by irradiators that employ X-rays, electron beam (e-beam), and gamma rays derived largely from the radioisotope cobalt-60 but also from caesium-137.

Of the three types of radiation, gamma is the most commonly used, with packaged medical devices receiving targeted doses of gamma rays. Highly penetrative, gamma radiation is especially effective in sterilizing large, dense, or heat-sensitive devices. The United Nations, World Health Organization, and the U.S. CDC have all deemed gamma radiation sterilization to be safe and effective.

Although gamma radiation has received these endorsements, its use is not without concerns. “An issue with gamma is that it’s a little more difficult to grow the infrastructure. There’s a large capital investment as well as licensing and the ability to source cobalt-60. In the last 20 years, I’ve witnessed an improvement in the robustness and reliability of e-beam and X-ray to the point where they have become viable alternatives to gamma,” says Emily Craven, director of global sterility assurance at Boston Scientific. Craven is also chair of the training and certification subcommittee (E61.07), Canadian expert to ISO TC 198 WG2, and co-chair of the working group on radiation sterilization of the Association for the Advancement of Medical Instrumentation (AAMI).

With e-beam, a ray of highly charged electrons, created by an electron accelerator, passes back and forth over a packaged device. The electrons penetrate the packaging and kill off any microorganism existing on or around the device. E-beam is better suited to smaller, lower density, packaged products. X-ray, on the other hand, works well for larger, higher density items.

The goal of all three forms of radiation is to achieve the targeted sterility assurance level (SAL). In Europe and the United States, the SAL (the probability that a microorganism will survive the sterilization process) for medical devices is 10-6. In other words, the probability that there is a viable microorganism in one million sterilized items is no greater than one. Surgically implanted devices, those that come into direct contact with broken skin or damaged tissue, those with claims of sterile fluid pathways, and invasive products that penetrate sterile tissue should all possess a sterility assurance level of 10-6 or lower.

In recent years, ISO 11137 has undergone revisions and strategic reviews, particularly to Part 3, guidance on dosimetric aspects of development, validation, and routine control. It has also seen the creation of Part 4,
guidance on process control. Part 4 provides additional counsel on meeting the requirements of ISO 11137 Parts 1 and 2 for the establishment and control of the radiation sterilization process. 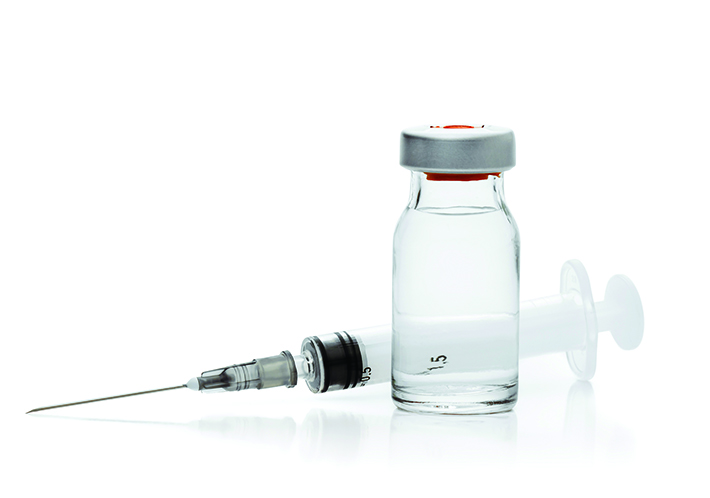 Radiation sterilization is used to sterilize many types of single-use medical equipment.

In its reviews of 11137, ISO TC 198 recognized the overlap that existed with several of E61’s standards on the measurement and monitoring of radiation doses or dosimetry.

“We’re trying to establish a five-year road map for where ISO 11137 needs to go. You can’t really map that out unless you include the underlying and supporting ASTM standards. We want to reference the ASTM documents that support ISO sterilization standards. That led to an initiative to create a pathway that allowed ASTM standards to be developed and updated in sync with updates to ISO 11137 Parts 1, 2, 3, and 4,” says Byron Lambert, the convenor of ISO TC 198 WG2.

Lambert adds that many people on the ISO radiation sterilization work group are also members of the ASTM radiation processing work group. “It made sense to work collaboratively to get these standards needed by the industry to the industry in a timely manner,” he says.

Although collaborations between independent standards organizations may be infrequent, the partnership around radiation sterilization standards makes sense.

“The relationship between our organizations has been going on for about 20 years. Our initial collaboration started in 1999 when ISO TC 85 on nuclear technologies decided to initiate new work items and draft standards on radiation dosimetry. ASTM’s subcommittee on radiation dosimetry [E10.01] already had those standards, so we entered into a joint pilot project with ISO TC 85 to produce joint standards in the ASTM process. The subcommittee on dosimetry continued to grow its membership, expand in scope, and became the committee on radiation processing, which has 25 joint ISO/ASTM standards under its jurisdiction,” says John Logar, senior director of aseptic processing and terminal sterilization at Johnson and Johnson. Logar is also a past chair of E61 and ASTM’s 2021 board chair.

While ISO has covered the development, validation, and routine control requirements, the committee on radiation processing has overseen the mechanics of radiation processing. As mentioned previously, this includes various aspects of dosimetry, which is the study of the radiation dose absorbed by an object, usually the human body. These include the selection of a dosimetry system, calibration methods, characterization, and dose measurements.

“The ISO document instructs what companies need to do to meet regulatory requirements. The alignment strategy positions the ASTM standards that we’ve identified to provide an international best practice on how to complete the what,” Logar says.

FOR YOU: Standards for Medical Face Masks and Protective Clothing

The guide for estimation of measurement uncertainty in dosimetry for radiation processing (ISO/ASTM 51707) explains how to use the concepts described in the Evaluation of Measurement Data — Guide to the Expression of Uncertainty in Measurement to estimate the incertitude of absorbed dose measurements.

Knowing how great the uncertainty is may aid in the quest to reduce it, and this knowledge also helps in assessing the quality of the results of the measurement system. Note that numerous countries require absorbed dose measurements to be traceable to national or international standards.

Finally, the subcommittee on dosimetry application developed the guide for absorbed dose mapping in radiation processing facilities (ISO/ASTM 52303). This standard offers guidance in determining the absorbed dose distribution, or mapping, of radiation in products.

The dosimetry application subcommittee is also drafting four standard guides. These will detail the operational qualification of gamma, e-beam, and X-ray irradiators, and statistical process control.

Linking standards can be tricky, and issues are bound to arise. Some may be small, such as the need to revise a standard so that it includes a direct reference to the other organization’s complementary standard. Others can be a bit more complicated. They may entail shortening a standard that contains duplicate information, appropriately grouping ASTM and ISO standards, or presenting information in a more approachable language.

“We need to be writing more clearly and more effectively for the end user. Our documents should be understandable so that a person can be trained from and audited to them. This will be helpful for the industry,” says O’Hara.

Time also factors into the integration of radiation processing standards. “The challenge will be coordinating the efforts of the two groups and making sure that timelines are met. We are very fortunate to have experts who are members of both groups who can help with this coordination,” Craven says.

Lambert, Miller, and Logar also cite timelines and staying on target as complications.

“Standards development organizations move at a certain pace. When you overlap two significantly sized and deliberately moving groups — there are between 50 and 60 radiation experts on the ISO side alone — you face a challenge,” says Lambert.

Miller concurs. “We come from so many different backgrounds, with so many different opinions. Sometimes it’s difficult to move in one direction. Things take time. The fact that we can get together a group of people, exchange views, and generate change is great. It’s a pleasure to work with all of these people,” he says.

In terms of the actual timeline, ISO has a five-year strategy for 11137. “The ultimate goal is that streamlined, complementary set of standards. At the end of the day, we want to make sure that we’re maximizing our experts’ time and providing a benefit to the industry,” Logar says.

Kathy Hunt is an East Coast-based journalist and author.