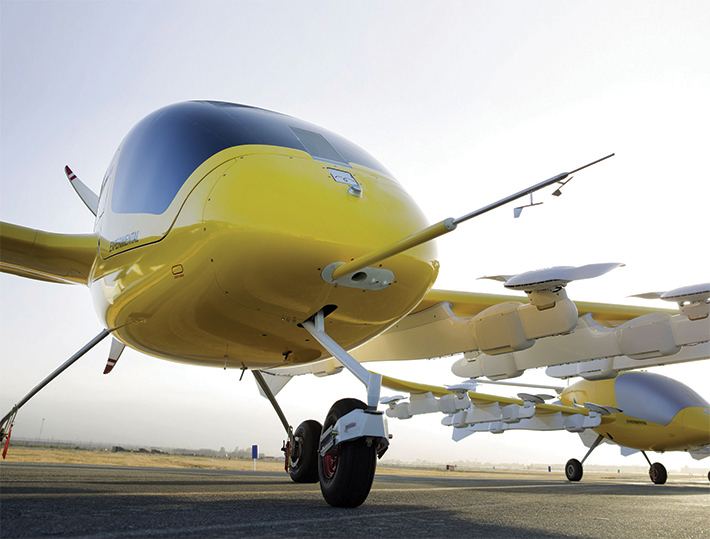 The Promise of Urban Air Mobility

Experts are working on standards to make eVTOLs — or air taxis — a reality.
BY:
Jack Maxwell

Getting from point A to point B in congested urban areas can be a major ordeal. Whether you drive your own car or rely on taxis and ride-sharing services, you’ve undoubtedly spent the equivalent of days, months, or even years sitting in traffic. Perhaps your gaze has even turned skyward, and you’ve imagined how nice it would be to fly over all the backups.

Don’t look now, but there is an entire industry working to make the dream of urban air mobility (UAM) a reality. A number of companies are focusing their efforts on hybrid aircraft that can take off and land vertically like a helicopter, fly forward like an airplane, and are powered by quiet, low-emission, electric propulsion systems. Known as eVTOLs, for electric vertical takeoff and landing, these vehicles could someday be as common as yellow cabs and Uber.

However, before the first eVTOL air taxi lifts off, a lot of engineering, technological innovation, and infrastructure development must occur. Also crucial to the future of this promising transportation option is the creation of robust standards and a corresponding regulatory framework to help ensure the safety of both air passengers and those on the ground. ASTM International committees are leading this effort.

Readers with knowledge of military aircraft are familiar with two of the most well-known examples of VTOL technology: the Harrier jump jet and the Bell Boeing V22 Osprey. The Harrier features nozzles mounted on the aircraft’s jet engines that can be rotated to face downward for a near vertical takeoff, or backward for traditional flight. The Osprey employs a tilt-rotor design to achieve similar operational flexibility.

FOR YOU: Autonomous Flight

The unique capabilities of this type of flying machine — proven over decades of development, testing, and deployment — are of particular interest to stakeholders in the UAM space. However, noise issues and the desire for a cleaner environmental footprint have led a number of the companies currently working on these aircraft to explore alternatives to the usual fossil fuel-powered engines.

That’s where the “e” in eVTOL comes in. The “e” stands for electric, and it also means quiet, or at least a quieter experience than the noise of a traditional helicopter. One sign of the level of interest in a more sustainable approach to powering UAM aircraft comes from the online Electric VTOL News, published by the Vertical Flight Society. The site lists more than 100 electric and hybrid-electric eVTOL concepts in various stages of development as of September 2019.

Electric propulsion units and systems (batteries, energy storage, etc.) represent one focal point of ASTM International’s efforts to develop standards for this new mode of transportation. However, while standards related to this unique element of eVTOL design represent a new frontier for the committee on aircraft systems (F39), many aviation-related specifications, guides, and standards are already in place that can be used or adapted to address the challenges of commercializing eVTOL technology. 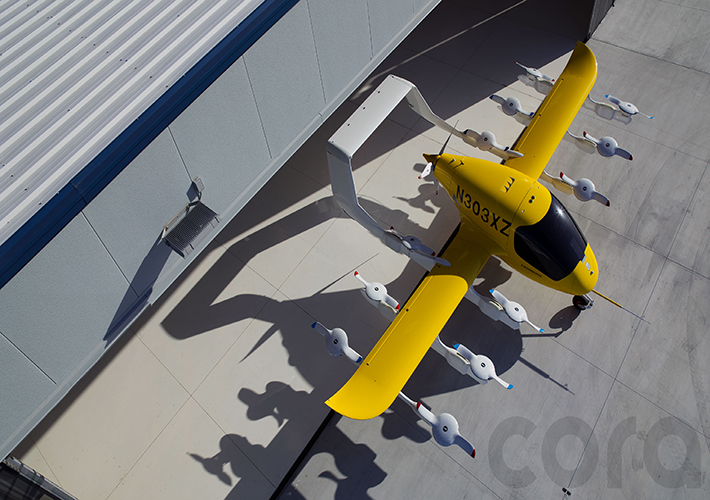 The Promise of Autonomy

“The standards that exist provide about an 80 percent solution as-is, but some of them need to be revised or expanded while some new standards need to be created,” says Anna Dietrich. She is an industry consultant, founder of the nonprofit Community Air Mobility Initiative, and chair of strategic advisory committee AC377, which comprises members of the committees on unmanned aircraft systems (F38), aircraft systems (F39), and general aviation aircraft (F44). [The committee on aerospace personnel (F46) is soon expected to join.]

The primary mandate of AC377 is to examine autonomy in all aspects of aviation, from small unmanned autonomous systems (drones), to general aviation aircraft, to the UAM space. Many of the companies and organizations working on eVTOLs are exploring issues related to autonomous aircraft, though the consensus is that pilot-less air taxis are a long way from becoming reality.

AC377 has been quite busy. This past summer, the committee released a technical report that covers terminology and a framework for determining certification requirements for autonomous systems. The publication is also the first such technical report produced by ASTM International.

Meant to serve as a guide, the report includes relevant information from various ASTM International committees that have developed dozens of aviation-related standards, as well as outside organizations like the General Aviation Manufacturers Association, SAE International (referencing their work on autonomous ground vehicles), and various U.S. government agencies
such as the Federal Aviation Administration (FAA).

A second technical report focusing on the “pillars of autonomy” —  the main technical areas that need to be considered as part of any aviation autonomy project — is being drafted. The regulatory landscape will be the subject of a third report, which will include the certification basis (the legal regulatory process the FAA uses to approve an application) and means of compliance (how an applicant demonstrates that it has met the certification basis requirements).

Tom Gunnarson is regulatory affairs lead for Cora, a self-flying, two-person, all-electric air taxi. He sees a gradual evolution. “Most eVTOL aircraft manufacturers and operators are expecting the end state air taxi to be self-flying,” he says. “Some believe starting with a pilot onboard will be quicker to market, although many of the self-flying systems are being built into the aircraft from the start. Others will begin service with no pilot onboard. In either case, authorities will limit initial operations and incrementally allow more access as safety data increases public confidence.”

The work of Dietrich’s AC377 committee over the last 18 months led to the formation of another strategic advisory committee in April. “AC433 is the eVTOL means of compliance group,” she says. “What we’re doing there is taking the gap analyses that have been done by the members of AC377 and looking at how to close those gaps. Some of them are very small. Some of them require a whole new standard.”

Led by herself and Gunnarson, AC433 will not write the technical content for new standards. Rather, it will identify areas that need new content, then task leads to work with the appropriate technical standards-writing committees in each specific area. The committee will also serve as a kind of project manager, tracking over two dozen active eVTOL-related work items. The goal is to ensure that this work is coordinated with that of other standards development organizations (SDOs) around the world to the greatest extent possible.

Rectifying a means of compliance gap can be as easy as adding a new paragraph to an existing standard or as difficult as developing an entirely new one for a heretofore unimagined technology. The 80/20 split between current standards that can be adapted to the needs of eVTOLs and areas that require new standards should prove helpful to those trying to advance the cause of urban air mobility.

As chair of the general aviation aircraft committee, Greg Bowles is very familiar with the 80 percent. He explains that many recent aviation standards were written in a way that makes it easier to modify them. For instance, traditional methods of doing structural analysis and figuring out material margins have been updated to account for new materials and better designs.

“We’re able to take all the work that’s been done to date by traditional aviation and improve upon it slightly within the standards. That’s letting us do things in structures and aircraft design that help everybody, from traditional aviation all the way to this new urban mobility realm,” says Bowles, a member of the ASTM International board of directors.

Dietrich points to F44’s performance-based crash standard (F3083) as another that can be adjusted relatively easily to address the unusual design of vertical takeoff and landing aircraft. “We would need to add a paragraph to that for the optimum vertical loading conditions you would expect to see in the unlikely event of an eVTOL aircraft crashing on takeoff. That’s an example where, with a fairly small effort, we can draw on data and information that’s already accepted for traditional rotorcraft and helicopters,” she says.

Then you have the 20 percent, where the promise of new technology must be vetted and evaluated from every angle — with safety foremost — and codified in a standards regime that is acceptable to all relevant stakeholders.

Clearly, ASTM’s efforts to advance the cause of eVTOL standards development involve a lot of activity on multiple fronts. And although autonomous air taxis may be a long way off, the work the committee on unmanned aircraft systems is doing is laying the groundwork for a pilot-less future.

Jonathan Daniels, CEO of Praxis Aerospace, is the F38 membership secretary and subcommittee chair for personnel training, qualification, and certification (F38.03). Daniels notes that many smaller drone designs are essentially miniature eVTOLs and that the committee completed the specification for design, construction, and verification of lightweight unmanned aircraft systems (F3298) in 2018. “Lightweight” is defined as aircraft that weigh less than 1,320 pounds (600 kilograms), the same as the FAA-defined light sport aircraft category. The committee is now working on a specification for large UAS design and construction that will cover aircraft weighing up to 19,000 pounds (8600 kilograms), which is quite a bit heavier than the typical eVTOL air taxi currently envisioned by industry.

Though these standards will undoubtedly prove valuable as eVTOLs evolve, Daniels cites a work item on vertiport design (WK59317) as the committee’s most direct crossover to the mobility ecosystem. “We started with vertiport because of an existing standard for the handling of UASs at divert airfields and a proposed work item for droneports,” says Daniels. “Once we started the working groups, we quickly realized that the larger UAS needed the same types of facilities that eVTOL did and decided to combine the two. The proposed vertiport standard applies to standard category aircraft [up to 7,000 pounds/3175 kg and nine passengers], optionally piloted aircraft, and unmanned aircraft.”

Gunnarson points out that some of the F38 work centering on airspace integration and dependability of software could also be expanded to provide needed support to certification of larger aircraft such as passenger-carrying air taxis.

Ever since the National Technology Transfer and Advancement Act became U.S. law in 1996, federal agencies have been directed to adopt private consensus standards whenever possible. This change — from a prescriptive, top-down, government-directed approach to one that relies on SDOs and stakeholder partners in the private sector — puts even more weight on the ASTM International work in UAM.

“The old rules were very specific and told us what we had to do,” Bowles says. “The new rules tell us to determine detailed means of compliance through standards. And ASTM has become that key body. So when you make that kind of pivot, you would expect innovation to start flowing and new things to start happening, but I think we were all surprised at exactly how fast and how innovative this industry has become. Dedicated and intentional use of standards in this way, as a means of compliance to regulations around the world, is a really powerful tool.”

Daniels believes that ASTM International’s efforts, as well as those of other industry groups and stakeholders, will ultimately lead to a fair and comprehensive regulatory approach. “Part of our challenge, across the entire industry, is anticipating where the regulations are going to go,” he says. “The FAA is relying more and more on industry to help guide the regulatory environment, and that includes standards that are developed by ASTM. Utilizing standards that are developed in those types of environments allows a lot more flexibility for emerging technology than we’ve seen in the past.”

For Dietrich, solving the multifaceted puzzle that is urban air mobility will require all the elements to be in proper alignment: “Keeping industry players coordinated, as well as keeping the channels of communication open between the regulators and the SDOs — and among the SDOs themselves — will prove to be the key to success.”