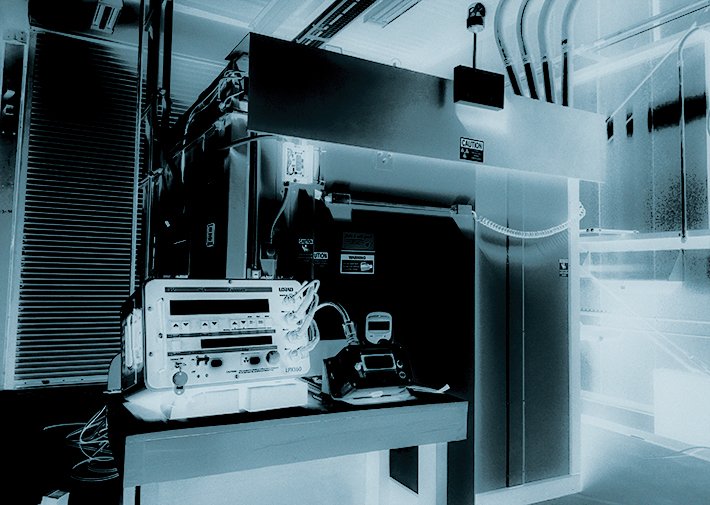 Radiography Moves into the Future

In the fields of aerospace, advanced manufacturing, and more, X-ray and related technologies are leading the way in the world of nondestructive testing.
BY:
Cicely Enright

The oldest nondestructive testing (NDT) technique may be thanks to the Romans, who are said to have used oil and flour to discover cracks in marble slabs. Centuries later, the technique of oil and whiting — submerging a part in oil followed by application of a dye to discover cracks, as used by the railroad industry — owes a debt to that approach.

The discovery of X-rays by the German engineer Wilhelm Röntgen, Ph.D., in 1895, however, led to an NDT technique likely familiar to readers as a medical procedure. X-ray radiology and related techniques — computed radiography, digital arrays, computed tomography — all find use in today’s industrial NDT examinations.

“X-rays were one of the first nondestructive testing inspections accepted for the safety of flying aircraft,” says Claudia Kropas-Hughes, Ph.D., a long-time NDT committee (E07) member and former ASTM board member.

FOR YOU: Testing Your Metal

“Radiography has been used in industry for the exact same reasons that doctors use it in medicine. That is, to make sure that the part is put together properly and that there are no deformities inside the part, just like a doctor checks the X-ray to see whether there’s a break in the bone,” Kropas-Hughes says. “As radiography captures data with different X-ray techniques such as a CAT scan, radiography captures details about parts, including flaws, porosity, foreign matter, and machining errors.”

In the NDT committee, standards from the subcommittee on radiology (X and gamma method) (E07.01) support these techniques and their use.

Patrick Howard is a consulting engineer in nondestructive inspection at GE Aviation, which supplies aircraft engines for both commercial and military applications. He is actively involved in the work of the NDT subcommittees and has been an ASTM International member since 2004. “Inspection plays a critical role in ensuring the safety of aerospace components,” he says.

Using the radiology NDT methods and other standards from the subcommittee, part inspections can be more thorough ahead of putting them in service — and once they are in service.

Brian White, who works in research and development for NDT at Carestream, points out that NDT means “You don’t have to destroy what you’ve just produced to be able to know whether it’s good or not. You’re making sure that, from an integrity point of view, things are what they are in other ways.”

That applies whether the part is for an airliner, a pressure vessel, piping, or more. And nondestructive methods gain more value for in-service testing, underwater and under pressure, or other use. It can help keep an airplane in the sky, gas in the pipeline, and more.

In the years since then, the group has developed standards for radiology techniques and their use in film and, more recently, in digital form. The group includes more than 230 members and four sections, and it oversees 44 standards, with several more underway.

Gordon says, “Over the last 15+ years in the subcommittee, I have enjoyed working with a very diverse group of scientists, inspectors, sales managers, project managers, students, and many others who have come together to work on the X-ray standards. It has been fantastic networking, fun, and intellectually challenging technical discussions.”

White describes who’s involved: “With ASTM you tend to have the really key people. They are dedicated to this as a volunteer activity because they care about the greater good of the society,” he says. 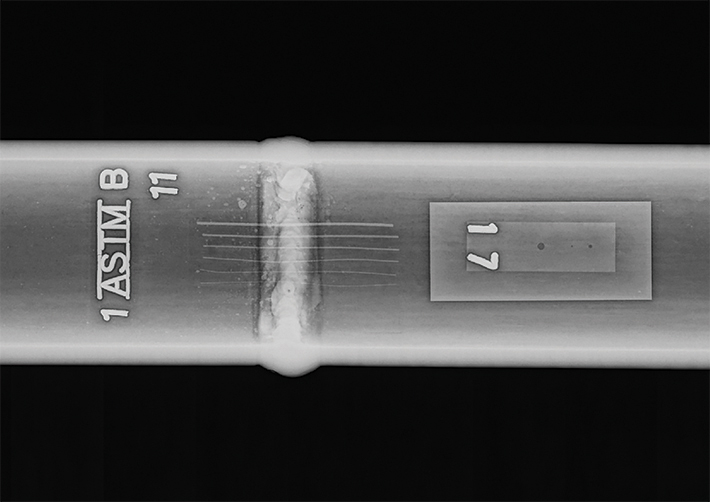 “The next big area of work is CT [computed tomography],” Gordon says. “We are currently updating guides and test methods (E1441 and E1695) and writing new standards for cone beam CT (WK61161). Cone beam CT is so fast and provides so much information, it is really a game changer for the NDT industry.”

Similarly, for other related techniques, the subcommittee has developed additional series of standards. And the subcommittee also develops standards for measuring the performance of X-ray NDT equipment like film processors, X-ray tubes, film classification, and gamma sources.

It All Begins with Terminology

Like most fields, the NDT industry needs common language as the basis for testing and documentation — and to simply have a shared understanding. Given the extensive use of ASTM NDT standards and the breadth of the field overall, the E07 committee’s terminology standard, E1316, encompasses dozens of definitions divided by technique.

“Terminology really is the backbone of everything NDT,” says White, who leads the work on the radiography portion of the standard. That section defines radiography-related terms from absorbed dose to window width and covers about 190 related terms. Plus, more than a half dozen revisions are underway.

“The best that we can do is to get a bunch of people together in a room and come to an agreement on what something really is, and then put that into the glossary,” he adds. And, with the expertise of the committee stakeholders, “We’ve been able to really help define what some of these terms mean much more clearly.”

“At our next meeting, we’ll talk about the difference between a defect, a discontinuity, and what a flaw really means because people are questioning how the terms are being used within the standards,” White says. This terminology work will likely be reflected in future standards.

In recent years, the radiology subcommittee has been more focused on digital techniques and related needs. “For the last 20 years, there has been an aggressive push to have standards in place for these new digital systems,” says Kropas-Hughes.

Instead of film, or at least in addition to it, NDT more likely now involves a digital sensor and an image on a monitor.

“We’re getting away from film, moving over into other mediums to capture the X-ray data and display it, and then it’s displayed electronically. That way, we can examine the image more accurately,” Kropas-Hughes adds.

With the addition of a computer, and the specialized software for the technique, man and machine collaborate in a new way to locate potential problems. The computer is set to search for certain characteristics, and the operator can examine them more closely for possible issues.

Howard says that large sets of digital data are a challenge to review manually. “You’re less likely to overlook an anomaly in the data,” he notes, when a computer and its operator are both at work scanning the information. "We are in the final stages of developing a guideline document (WK60469) for the qualification and use of software that assists operators tasked with evaluating digital X-ray image data," he says.

Advances in digital methods, exchanging, and reading have made preserving data more critical. For radiology, as well as other E07 methods, DICONDE (digital imaging and communication in nondestructive evaluation) and related standards support digital data.

“What the JPG standard did for photography, DICONDE is doing for nondestructive testing by providing an open standard for the storage of digital inspection data and metadata,” Howard says.

Kropas-Hughes notes, “If somebody in California wants to send an image to New York, they will need DICONDE for them to read the same image because the systems they have at both ends are so different, even if it’s the same company. The same thing happens going overseas. DICOM is the vehicle to transport the data so it’s readable and not corrupted.” The data needs to be as accurate as in the original as well as readable, and this helps ensure that result.

Rather than a company’s proprietary format, DICONDE enables longer term storage of — and access to — inspection data, whether of airplanes, energy equipment, or other items. Changes in computer hardware and software, inspectors, and maintaining inspection metadata for inspection records has become much easier with DICONDE.

The committee has developed both general related standards as well as practices for specific methods. Included in this group are practices for digital radiography (E2699), computed radiography (E2738), X-ray computed tomography (E2767), and more. And E07 members note there is a great deal of interest in the proposed standard now underway that puts together computer-assisted evaluation with radiographic test data (WK60469), which aims to guide production process control using artificial intelligence. The standard should improve quality and reduce costs.

As additive manufacturing (AM) becomes more common for 3D printing of aerospace and aviation parts, building houses and bridges, and other purposes, NDT is also moving in another new direction as well.

White says, “Additive has created a resurgence of the need for higher energy NDT systems, or more radiation required to penetrate the parts. And that has created the need for some additional work on some of the higher energy standards. In some cases, they’re doing what they call in-situ monitoring as they’re being built in a three-dimensional space.”

To begin to meet the particular needs of NDT as it relates to AM, the subcommittee is working on a practice for computed tomographic examination of additive manufactured parts (WK71550). The technique of computed tomographic inspection offers a method to look at an AM part and find any defects as well as check internal geometry. The standard will focus on this type of inspection for an AM part.

NDT is an investment, especially for mass-produced items, ensuring that “parts come off the assembly line the way expected, without flaws, and will work properly,” says Kropas-Hughes.

It can be challenging to come to consensus because it’s worldwide and “You may think something is extremely straightforward in terms of what something is, and people come at it from so many different perspectives,” White says. “But once that [consensus] happens, then it’s very powerful.”

The radiology subcommittee continues to fulfill their mission to find consensus and provide standards by refining its existing documents and developing new ones. Gordon invites everyone interested to join and participate. “There is no better place to learn about X-ray technology and have a direct impact on the NDT industry than our committee meetings,” he says.

Kropas-Hughes summarizes the importance of the subcommittee and its work: “These standards are particularly valuable because they are built with individuals who are producers, users, and general interest. You don’t have any one company’s agenda coming out in the standards. It is representative of what the profession needs to know. And I find that very valuable. I think that’s kind of the power of our standards.”