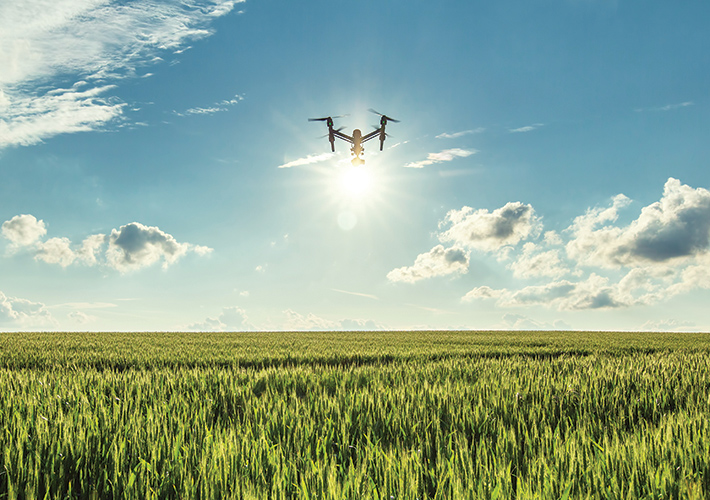 Standards Advance Use of Unmanned Vehicles and Devices
BY:
Cicely Enright

They’re all around us. Every day, drones, automated guided industrial vehicles, and robots reduce costs and save lives. And ASTM International committees are developing standards for their performance and use.

Drones for Search and Rescue

On a chilly mid-January evening, a distress call brought out Pawley’s Island, South Carolina, responders to search for two kayakers who had lost their way. A drone carrying a thermal imaging camera helped locate the boat and occupants, who were then guided to safety.(1)

Emergency response groups increasingly have added unmanned aircraft systems, or drones, to their toolkits. Drones can help find missing people: a wandering Alzheimer’s patient or child, or a hiker or skier who has gone off the trail. They can drop a life-saving flotation jacket, blanket, food, first aid, or water, or even shine a light in a difficult, dark situation.

“Most of search and rescue in the U.S. is performed by volunteers who often don’t have access to money or training classes,” says Lee Lang, a park ranger, a National Association For Search And Rescue instructor, and former NASAR board member. That’s why he is leading an ASTM International group that is developing standards for the use of drones in search and rescue operations. “Standards will enhance the professionalism of search and rescue responders,” he says.

Chris Boyer, executive director and chief operations officer for NASAR, adds, “When a search and rescue drone goes out, there are no standards.” The standards in the ASTM International committee on search and rescue (F32) will begin to meet this lack of quality control and expectations of first responders.
Three standards are underway that will start to address these needs. One proposed standard will classify small UAS for search and rescue. Another will cover operator training, and a third will address operations.

A camera-equipped quadcopter lifts off and soars straight up toward the top of a smokestack. There, the camera reveals missing bolts in a collar connection, rust layers, vegetation inside the stack, and chipped masonry on the outside. These details, according to the Wiss, Janney, Elstner video showing them, can only be obtained with a drone, unless a building owner is ready to pay for a crane, boom truck, or scaffolding.

Historically, building inspection has started on the ground, with a professional looking through a pair of binoculars. If potential problems are found, inspectors may go up on a scaffolding for a closer look. Seeing what’s above a window edge or a cornice, like a sky-facing crack, can be impossible from the ground using only binoculars.

Today, that’s where the drone comes in — as a safe, cost-effective and time-efficient method for building inspection, including otherwise hard-to-see surfaces. Many cities require such an inspection every five years.
“We think of a drone as a flying tool; it gives us a bird’s eye view of the entire building,” says Michael Petermann, a principal at Wiss, Janney, Elstner (New York City). He adds that a drone with a camera sees and documents building issues that might be missed otherwise, issues that need to be addressed before they cause property damage or injuries.

But there is more to using drones for professional practice than simply reading a drone manual and flying it. To employ a drone, WJE’s licensed drone pilots or subcontracted licensed pilots have to obtain the necessary U.S. Federal Aviation Administration approvals and exceptions as well as comply with local ordinances where the building to be inspected is located.

Now, because many firms want to use drones for building façade inspection, Petermann says, “We want to share what we and others in our committee have learned from what we’ve done by including it in a new standard intended to guide the façade inspector through the process of utilizing drones.”

The proposed guide, being written by the ASTM International committee on performance of buildings (E06), will show how to use a drone to scan a façade, preserve the data, and use it for reporting so that owners gain a better understanding of building conditions. Petermann notes that the standard will not cover drone operations, leaving it to the pilot and inspector to understand the requirements and what the drone may be capable of. “Beyond the use of a flying camera, we are also very interested in seeing the future development of robots as drones to perform tasks such as testing façade materials in situ,” Petermann says. “This will no doubt lead to many new standards.” [See a video about one such device and its purpose.]

F38: At the Center of ASTM’s UAS Standards Work

Drones find use in several other commercial applications these days. “We’re coming to the point that many saw years ago,” says Theodore (Ted) Wierzbanowski, a drone technology consultant who is also chairman of the committee on unmanned aircraft systems (F38). “Drone use has now expanded beyond military use to many varied commercial applications.”

That expansion means using drones to check the ripeness of coffee beans or dryness of crops, to film real estate, to track animal populations and migrations, to help with oil spill cleanup, and even to deliver pizza or other packages.

Since 2003, the committee has been working on standards to support the safe use of UAS. The committee envisions “routine, safe UAS operations in civil airspace through standardization.” And its baker’s dozen of standards support this goal with documents on airworthiness; flight operations; and personnel training, qualification, and certification. More are underway: drafts on testing small UAS, safety for flying over people, and design and construction of fixed-wing UAS, to name a few.

Committee members are interested in providing standards that can be cited by the U.S. Federal Aviation Administration — thereby integrating sUAS into the U.S. national airspace system.

Other driverless vehicles — autonomous unmanned ground vehicles, or A-UGVs — can be found zipping around warehouses or towing new cars along a manufacturing line. They’re at work in manufacturing, and in distribution and fulfillment as well, adding efficiency and accuracy to the supply chain. Studies show that their use reduces material damage while providing flexibility for different vehicle routes or other changes.

These vehicles, which first came into use in the 1950s and ‘60s, continue to become more sophisticated. Wires, magnets, lasers, or cameras guide them on their charted paths, which they can be trained to take automatically.

Both manufacturers and users want to know more about A-UGV performance and to be sure the vehicle is right for its use. Since 2014, an ASTM International committee on driverless automatic guided industrial vehicles (F45) has been on the job, developing standards that will enable manufacturers and users to measure A-UGV capability.

“It’s necessary to have common ways to describe machine performance,” says Mitchell Weiss, chief technology officer at Seegrid, an A-UGV producer, and vice chairman of the F45 committee.
The committee laid the groundwork for this work late last year with the completed first version of a terminology standard (F3200), and it will be regularly updating this living document. “We need definitions and descriptions,” Weiss says. Where possible, as noted in the standard, definitions have been drawn from the literature or other public sources. Manufacturers, suppliers, and customers need to be able to communicate — and this standard meets that need.

On the measurement front, “F45 will be providing the performance standards to dovetail into the safety standard through standardized test methods for manufacturers and users to demonstrate safe vehicle operation,” says Roger Bostelman, a project manager in the Intelligent Systems Division at the U.S. National Institute of Standards and Technology and chairman of the committee.(2)

One significant standard now under way supports the understanding of how an A-UGV performs in different environmental conditions. For example, how clean, or how dry, is clean and dry? It matters when the maker and the user are considering the needs of their particular purpose – dry smooth concrete and shelving, or wet asphalt outside, for example.

Weiss says that A-UGV stakeholders need to be involved so that the standards have their input, standards that can expand the market and help users decide on a particular A-UGV for their needs. “The standards will help you too,” Weiss says. “That’s why we’re involved.”

One robot can climb stairs, move over rubble and other rough terrain. Another can open or close a valve. Still others can pick something up and move it, or take photos and video of a room. And even more: Robots can dismantle bombs, map unsafe areas, search for survivors following a building collapse, and more.

Response robots come in different shapes and sizes: perhaps vaguely human or more like a tiny tractor with continuous tracks. These mechanical marvels have different specialties, but they tend to share a few traits: sensors, radio communications, mobility. Most of them need to be operated remotely, deploy rapidly, move quickly through complex environments, complete assigned tasks, and, of course, be reliable.

The challenges posed to emergency response robots are tested at places like the U.S. National Institute of Standards and Technology’s Robotics Test Facility and at robotics competitions. Putting robots through their paces provides information that helps researchers and developers advance robot abilities and performance. First responders and others can also see how the robots can help with their work.

And the performance comparison also helps lay the groundwork for standards development.

A robot’s complex tasks can be divided into “sets of elemental robot tasks that can be represented individually as standard test methods.” That’s how the relevant E54 terminology standard explains it. And E54.09 has been busy working on those standards. “A standard test method gives you the power to measure robot capability wherever you are, whenever you’re testing,” says Jacoff. To date, more than a dozen ASTM International practices and guides evaluate robot capabilities.

And there’s more to come.

“The additional tests under way will round out the suite of standards – upwards of 50  – important to measure and compare robot capabilities as well as best-in-class performance,” says Jacoff. “Standards will help ensure that manufacturers build robots that have the traits they say they do, and so that responders can depend on the robots to do what they’re built to do.”

OGC and ASTM have expanded the memorandum of understanding first signed last year with plans to expand into unmanned-related efforts.

A workshop planned for this summer will explore possibilities for the organizations to collaborate on standards related to LIDAR (light detection and ranging) and unmanned aircraft systems to work together. A white paper is planned to result that will chart a course of action for the MOU.

ASTM International committees on 3D imaging systems (E57), UAS (F38), and driverless automatic guided industrial vehicles (F45), among others, will begin by reviewing existing standards that could be used or expanded to meet OGC needs.

OGC is adding a new Domain Working Group on Unmanned Systems, and new ASTM standards could support this group on such topics as navigation. An interoperability project will also be undertaken.