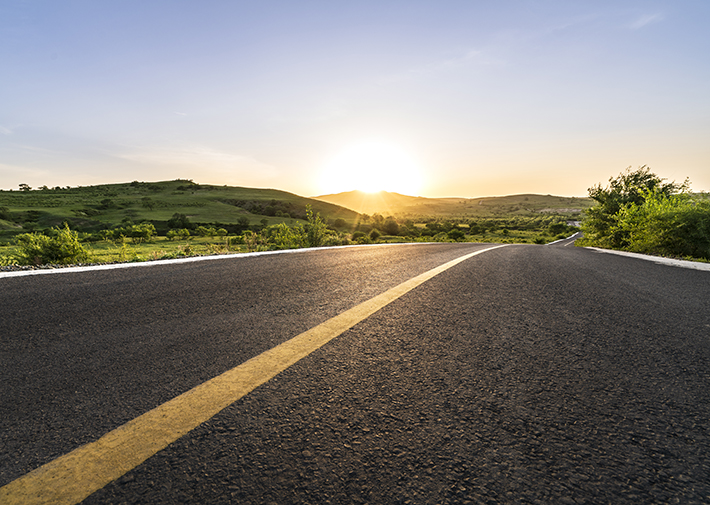 Standards and the Summer Driving Season

Pennsylvania Avenue in Washington, DC is most well known as the road on which the White House is located – the home address of the U.S. president. However, it is also has great significance in the history of infrastructure in America, as it was one of the first stretches of road in the U.S. to be paved with asphalt.

Shortly after laying the first asphalt pavement in the country in Newark, NJ in 1870, Belgian chemist Edmund de Smedt paved Pennsylvania Avenue using 54,000 square yards of sheet asphalt from Trinidad Lake. The rest, as they say, is history.

As of 2021, the U.S. produces about 350 million metric tons of asphalt per year, and more than 94% of the 2.6 million miles of paved roads in the U.S. are surfaced with asphalt (Source: National Asphalt Pavement Association). America’s roads are made up of roughly 18 billion tons of asphalt, and as much as 90% of all commercial airport runways and parking lots are surfaced with it as well.

MORE ON INFRASTRUCTURE: The 100-Year Bridge

Still, despite how common it is, asphalt isn’t very well understood by the general public. Although it might seem like little more than a mixture of broken rock and black binder, asphalt itself a very chemically complex material. That complexity, along with its growing use, was one of the reasons that ASTM International created the committee on road and paving materials (D04) in 1903. Formed with the goal of helping to standardize the material that helped make everything from Pres. Eisenhower’s interstate highway system to the 20th century infrastructure boom possible, D04 is one of the organization’s oldest committees. It is charged with promoting research and developing standards related to asphalt pavement materials, surface treatments, aggregates used in asphalt mixtures, graded aggregate used in bases or subbases, and other products related to transportation construction and maintenance.

“In the past we spent a lot of time just trying to figure out how to characterize asphalt, and decades trying to figure out how to test the material,” says Richard Steger, platform manager for pavement technologies with Ingevity, Tulsa, OK, and D04 chair. “Testing the liquid itself, understanding the viscosity and all the different things that go on with it, all of that was used to develop many of the standards that we have in place today.”

Given its long history, D04 is one of ASTM’s largest committees, with 29 technical subcommittees and dozens of standards and proposed standards on the books. Now, as pandemic restrictions loosen, the weather warms, and people take to the roads again, Steger identified several standards as being the most important and impactful to the development of the roadway and paving industry.

1) Standard Terminology Relating to Materials for Roads and Pavements (D8)

By incorporating generic terms and definitions of terms that are specifically associated with road and paving materials, this standard outlined the terminology that is used within the standards developed by the committee. Steger calls this one of the defining standards of D04 and says that the committee has spent an enormous amount of time over the last 10 years updating and modernizing it to fit with modern language standards.

Complex shear modulus can be an indicator of stiffness or deformation of asphalt binder to deformation under load. This test method covers the determination of the dynamic shear modulus and phase angle of asphalt binders when tested in dynamic (oscillatory) shear. The standard will soon be harmonized with American Association of State Highway and Transportation Officials (AASHTO) standard M320.

Superpave gyratory compactors are used to prepare hot-mix asphalt specimens for mix design operations, and this standard outlines the test method that’s used to prepare specimens when determining the volumetric and physical properties of compacted asphalt mix. According to Steger, it’s useful for monitoring the density of test specimens during the compaction process to determine how the mix will perform under real world conditions.

The Marshall compactor is ubiquitous in the world of asphalt testing and is used all over the world. For that reason, ASTM maintains this standard as the standard practice for preparing and compacting asphalt paving mixtures for testing in these devices – as well as the test method for marshall stability and flow of asphalt mixtures (D6927). Marshall stability and flow are asphalt mixture characteristics that are determined via tests of compacted specimens using the method outlined in this testing standard and practice.

In addition to the standards it maintains, D04 is also working to incorporate sustainability into everything it does. It’s a new focus, but sustainability isn’t new to the asphalt industry, Steger says. Blast furnace slag, for example, is a waste material the comes out of coal-fired power plants but can then be used in highway production. And asphalt roadways are 100% recyclable as well. It doesn’t matter if it’s cracked or worn, reclaimed asphalt pavement (RAP) can go right back into the mix and be used as part of a new road surface, reducing the cost and materials needed for projects. The committee is taking steps to incorporate these types of practices and others into its standards to support more sustainable infrastructure projects in the future.

As Steger explains, “The process involves more than just mixing rocks and asphalt together. It's actually quite a bit more complicated than that.”