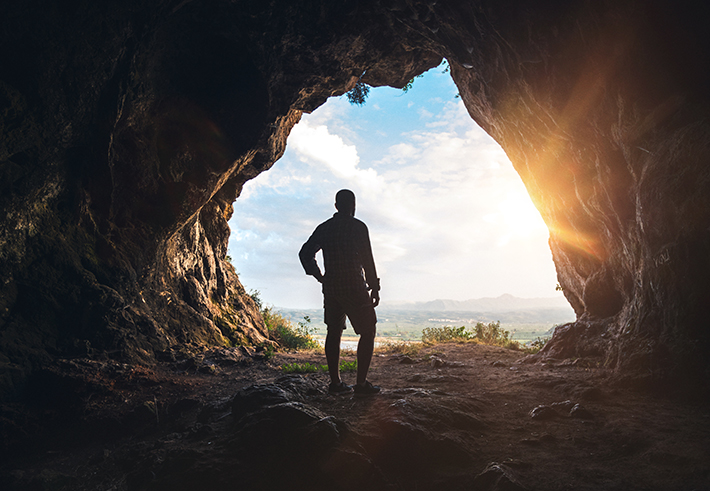 Johann Weikhard von Valvasor was a post-Renaissance renaissance man who was born in the Duchy of Carniola (present-day Slovenia) in 1641. In lieu of a traditional university education, Valvasor journeyed across Europe for 14 years, seeking knowledge. His four-volume The Glory of the Duchy of Carniola was a sumptuously produced and encyclopedic history of his homeland, shot through with anecdotes and folklore. Among those folktales was the story of Jure Grando, one of the earliest written accounts of an Eastern European vampire legend.

Valvasor is also relevant to the world of standards for his pioneering studies of karst, a topography most familiar to people as the otherworldly landscape that includes many caves. Valvasor’s published work on karst earned him Fellow status with the Royal Society of London.

While scientific study of karst undoubtedly continued through the centuries, it was Jovan Cvijić, a Serbian geographer, who kickstarted the study of karst regions in the late 19th and early 20th centuries, so much so that Cvijić earned the informal title, “Father of Karst Geomorphology.” Karst studies, particularly relating to hydrology, continued to be taken more seriously, especially starting in the late 1950s.

While Johann Weikhard von Valvasor and Jovan Cvijić may not be household names, their scientific legacies will continue to survive and thrive through the work of a new ASTM International subcommittee on karst (D18.27). George Veni, Executive Director of the National Cave and Karst Research Institute, chairs the new subcommittee, which is part of ASTM’s soil and rock committee (D18).

Veni is eminently qualified to lead the karst subcommittee. He credits a visit to New Mexico’s Carlsbad Cavern in 1975 for initiating his lifelong love of caves.

“As I spent more time climbing and crawling through the earth, I developed an interest in geology. My research focused on caves and karst in my undergraduate, master’s, and Ph.D. theses,” says Veni. “From there I established my own consulting company that specialized in multidisciplinary cave and karst research and environmental management.”

Karst may be most well-known for its eerie beauty, but it is also an essential geological feature that plays a prominent role in many aspects of daily life, including, but definitely not limited to, contributing to the world’s supply of fresh water.

According to Veni, karst covers about 20% of the world’s land surface. Water flowing rapidly through karst systems has formed extensive cave systems throughout the world.

“Unlike mountains and beaches, landscapes that are easily identifiable visually, karst landscapes are diverse, difficult to visually classify, and extend underground significantly, where they are hidden as caves,” he says. “Historically, karst was mostly found in rural areas and few scientists, engineers, and land managers had specialized in its study or recognized its many benefits and challenges to society.”

Among the benefits of karst are:

Over the past 40 years, as populations expanded deep into karst areas, the stresses of the modern world began to pose threats to the natural fragility of karst. 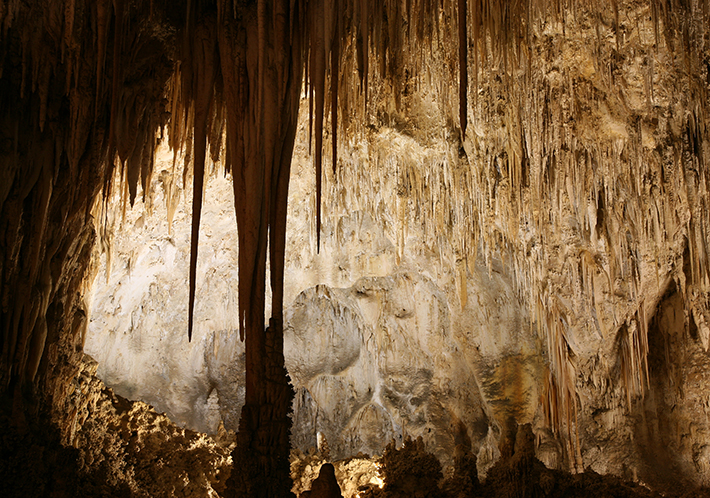 Most know karst as the otherwordly landscape found inside a cave.

“Challenges include aquifers that are the most vulnerable to contamination. Caves and other conduits are large and great at transmitting massive volumes of water underground, but the fact that I’ve been swimming in many of these water supplies proves they effectively offer no filtration for pollutants,” says Veni.

Among the greatest challenges, according to Veni, is the potential for devastating damage resulting from sinkholes in karst areas. Sinkhole collapse damage to roadways costs hundreds of millions of dollars in the United States annually, but this only hints at how serious the problem of sinkholes can be.

“There is one site in Carlsbad, New Mexico that would have collapsed but remediation is now being completed to prevent it,” says Veni. “My estimate is that if a huge sinkhole had developed there, the direct damages and associated economic impacts would have exceeded one billion dollars from that sinkhole alone.”

Veni notes that lack of recognition of the importance of karst by the public and technical personnel can result in damage to, and even the loss of, caves and karst, which can lead to the subsequent destruction of related natural resources.

The Need for Standards

Veni was initially inspired to pursue an ASTM karst subcommittee in 2017 when he realized that the only ASTM standard on karst had been discontinued. D18.27 was subsequently established during the June 2019 soil and rock committee meeting. The subcommittee then met for the first time during the January 2020 meeting in Atlanta, Georgia.

It is still early days for the karst subcommittee. Work began with the development of a list of terms that could be consistently used across all future subcommittee standards. Task groups have also been working on the subcommittee’s first two proposed standards. One of these standards is focused on characterizing karst areas, while the second covers how to conduct preliminary environmental impact assessments of karst. Two standards on mapping groundwater movement in karst aquifers will follow.

“We have also discussed looking at techniques to monitor for sinkhole subsidence before infrastructure damage or catastrophic collapse occurs, as well as standards involving biological and cultural resources unique to caves and karst environments. But we need more members skilled in those areas,” says Veni.

He encourages all interested parties to join the new subcommittee.

“Karst issues are diverse and there are myriad topics to discuss,” says Veni. “Any new members are certainly welcome. Those with expertise and willingness to take the lead on task groups to create new standards are especially encouraged to join.”

In addition to his position at NCKRI, Veni is President of the International Union of Speleology (UIS), an organization formed in 1965 to promote fellowship among people throughout the world who are interested in caves, karst, and related features and terrains.

FOR YOU: Taking a Bite Out of Cybercrime

UIS proclaimed 2021 the International Year of Caves and Karst. The purpose of this designation was to increase public awareness of the importance and fragility of karst. Because of COVID-19, however, this celebratory year has been extended through 2022 and is ongoing.

“The major goal of the International Year is to teach people everywhere about the global importance of caves and karst,” says Veni. “We hope to spur and inspire people to more and better research and management.”

The UIS and NCKRI have partnered with 260 other organizations worldwide to spread the word. Veni says the highlight of the now-extended year was a celebration at UNESCO Headquarters in Paris in September 2021.

More information on the International Year of Caves and Karst can be found at: www.iyck2021.org.

It is Veni’s hope that the work of the karst subcommittee, along with that of the many organizations involved with the International Year of Caves and Karst, will be instrumental in increasing awareness and protection of karst throughout the world.

Johann Weikhard von Valvasor and Jovan Cvijić, the pioneers of karst studies, would be pleased. ■