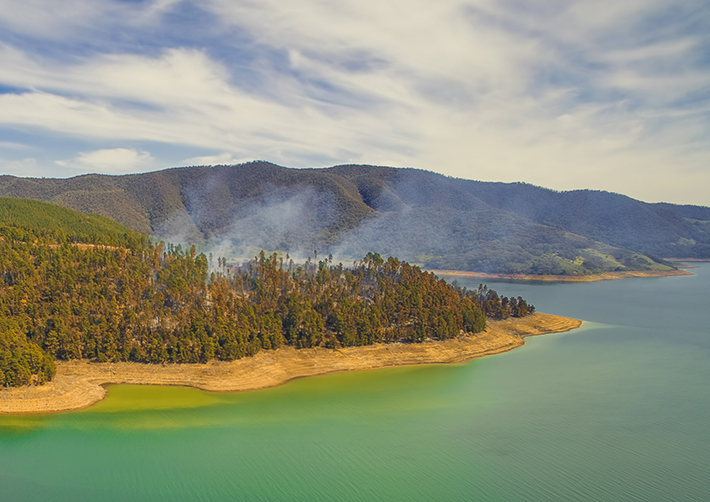 This year is turning out to be one of the most severe on record for wildfires in the American west thanks to ongoing drought, shifting weather patterns, and even arson.

According to the National Interagency Fire Center, there were a total of 43,555 wildfires nationwide from the start of 2021 through early September, up slightly from the year before, with a total of 5.1 million acres burned so far this year. This includes several of the largest wildfires in history, such as California’s Dixie Fire, which has grown to more than 900,000 acres, and the Bootleg Fire in eastern Oregon, itself burning over 413,000 acres. The Dixie Fire currently ranks as the second-largest fire on record in California.

This new reality has prompted the drafting of a standard to help protect drinking water from fire-related contamination in communities hard hit by wildfires.

READ MORE: Standards and the Fight Against Wildfires

“The watersheds that many water utilities use to provide their drinking water are in areas that can burn, and if that happens, there’s a significant risk of contamination due to ash and other debris in your source water,” said Patrick Robichaud, task group leader for the standard, which was drafted by ASTM International’s subcommittee on environmental risk management (E50.05). “When that happens, it can be difficult to impossible to treat the water to an acceptable drinking water standard.”

Titled the guide for mitigation of wildfire risk to water utilities (WK73375), the proposed standard will recommend fuel-management guidelines prior to a wildfire in order to limit contaminants from entering the water supply in the first place.

A lack of preparation by utilities can present significant health and operations risks. Not only can wildfire contaminants find their way into both treated and untreated water, but the strain particulates place on utility systems and hardware can knock entire facilities offline if not handled properly.

As explained in the proposed guide: “Wildfires cause a cascade of disturbances resulting from the removal of protective forest litter ground cover. One important change is that fire can create water-repellent soil that decreases water infiltration into the ground, causing an increase in erosion and flooding during post-fire rain events. The sediment, contaminants, and debris that are washed downstream can reduce reservoir storage and clog intake pipes to water treatment facilities. Many drinking water filtration plants do not currently have sufficient equipment to handle the influx of sediment that may follow a wildfire. Post-fire rain events can mobilize large volumes of recently burned soils, rapidly increasing sediment loads and turbidity in adjacent waterways by as much as 1000%.”

FOR YOU: 6 Standards for Cleaner Water

The standard itself grew out of work that began in August 2020 and was based on work that Robichaud completed as part of his policy internship with ASTM last summer. Grounded in existing science and management practices currently in use by different water utilities and forest managers, the standard is designed to encourage stakeholders to be proactive in addressing the wildfire risk to their facilities and preparing for these events ahead of time. The guide will enable water utilities, landowners, watershed land-management agencies, and other relevant stakeholders to better mitigate the risk of contaminants resulting from wildfires.

“We will likely see more frequent, more intense wildfires in places where we don't traditionally see them,” says Robichaud. “So those utilities that historically may not have been too concerned with wildfire risk might have to start paying more attention to them. I expect to see more wildfire-management standards like this in the near future because there hasn’t really been much published in this area to help municipalities, homeowners, and everyone else deal with the risks associated with wildfires. As those risks continue to increase, we’re all going to need to pay more attention.”