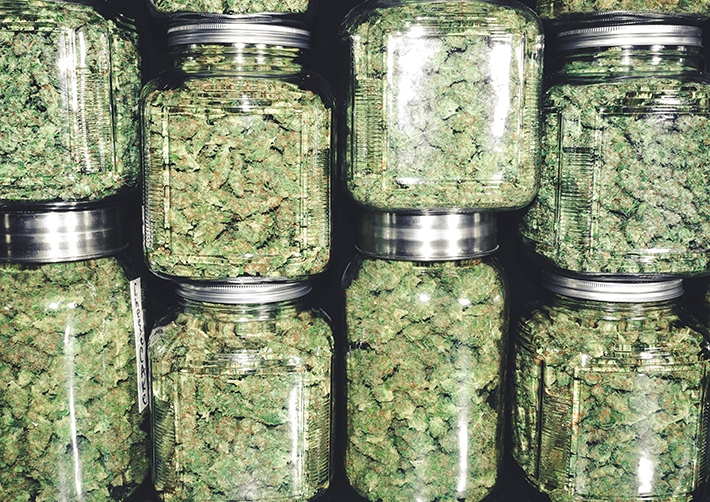 A Symbol for the Cannabis Industry

A new symbol promises to provide uniformity in identifying potential health and safety hazards associated with cannabis.
BY:
TIM SPRINKLE

When it comes to legal cannabis sales in the U.S. right now, regulations depend largely on where a person lives.

That’s because, although the substance remains illegal at the federal level, a number of states have passed legalization laws in recent years, starting with Colorado’s voter-led effort in 2012. As of 2022, cannabis is legal for medical purposes in 33 states and for recreational use in 15 of those. And the standards for what is legal and for whom vary on a state-by-state basis, including everything from traditional THC-based products, to non-intoxicating CBD, to hemp-derived delta-8 and more.

As a result, there are many differing approaches to packaging, labeling, and other aspects within the cannabis industry. It’s challenging not only for manufacturers and retailers, but also for consumers as well. It can be difficult to determine exactly what is in a given product, who it is intended for, or what its purpose is without standardized, national labeling.

READ MORE: Two Cannabis Standards You Should Know About

This difficulty was the impetus behind the recent creation of the International Intoxicating Cannabinoid Product Symbol (IICPS). Launched in June under the specification for international symbol for identifying consumer products containing intoxicating cannabinoids (D8441), the specification is applicable to all products containing “intoxicating” cannabinoids including topicals, edibles, inhaled products, and more, and it provides uniformity in identifying potential health and safety hazards associated with exposure to a substance that may cause intoxicating (that is, mind, consciousness-altering, or both) effects. 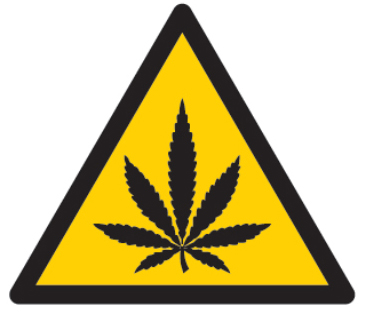 The symbol is applicable to all products containing intoxicating cannabinoids.

“The whole purpose of having a universal symbol is so that consumers understand what’s in the pack, in the product, and on the packaging,” says David Vaillencourt, president and senior quality consultant at The GMP Collective, a cannabis and hemp quality assurance company. He is also vice chair of the committee on cannabis (D37). “This effort solves a huge issue in that states don't have the resources to do their own research and have been coming up with whatever [regulation] they can as they legalize in silos. This will allow us to get to a place where regardless of whether you're in Maryland, Pennsylvania, or California, hopefully someday you’ll be looking at the same symbol.”

The symbol itself is an ISO standard warning triangle with an ANSI standard warning color yellow background and black border. In the middle is an image of a cannabis leaf in black, intended to offer a positive association with the plant as well as a warning about its potential effects. The subcommittee hopes that the symbol will be adopted by marketplaces that have yet to establish their own symbol and eventually replace established symbols that have been created in states such as Colorado and California.

Of particular importance, the IICPS applies to not only THC-based intoxicating products but all of the other cannabinoids, including natural and synthetic options. That stipulation is becoming more important as synthesized products such as delta-8, an intoxicating product derived from non-intoxicating hemp, become more and more popular. As Vaillencourt explains, by focusing the symbol on the intended effect of a product on the consumer, it is able to transcend much of the confusion surrounding the different types of cannabinoids and simplify the category for shoppers.

FOR YOU: Certification Comes to the Cannabis Industry

The next steps in this process are in packaging and adoption. General packaging not only needs to look the same but also tell customers exactly what they are getting, including elements from standard weight declaration, to ingredients, to cannabinoid content, and more so that consumers have consistent awareness. Then these standards need to be adopted nationwide, which the committee is starting to see. So far, Montana, New Jersey, and Vermont have agreed to adopt the IICPS, with other states currently considering it.

“I don’t want to say that this is an indication of full market maturation,” Vaillencourt says. “But it’s certainly an evolution for the industry. One analogy I like to use is milk. Milk used to be regulated state by state by working with local dairy farmers. Now, of course, you can get the same 2% milk no matter where you are, since the industry has been harmonized across state lines. We’re seeing the same thing in cannabis right now.”