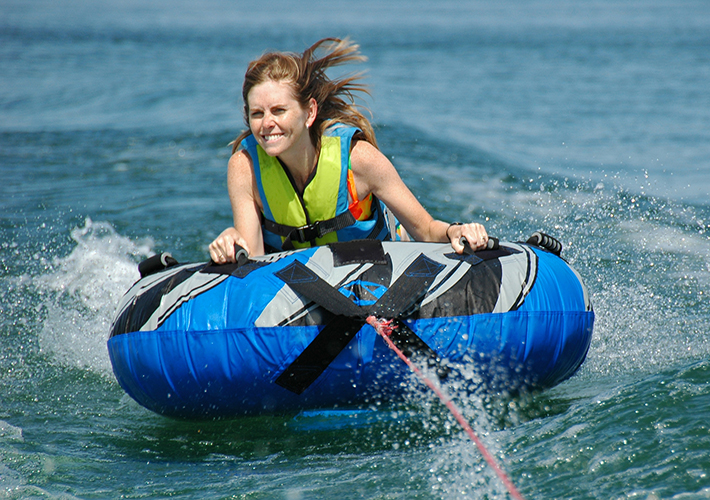 These days, some of the fastest growing sports in the world are happening on water, including wakeboarding, scuba diving, surfing, kayaking, and parasailing.

In fact, according to the firm Research and Markets, the water sports industry has been growing 5% per year since 2012 and is on track to continue growing by at least 4.8% per year until 2026.

“There are a lot of similarities between water sports and snow sports,” explains Bethany Suderman of Guidance Engineering, who chairs the subcommittee. “For instance, water skiing is similar to snow skiing, and wakeboards are similar to snowboards.”

There is also a lot of technical overlap in the equipment for snow and water sports due to similar materials, construction methods, and designs. This means that many of the test methods that have already been developed for snow sports can be adapted for water sports products.

Here is a look at two standards under development as well as two areas Suderman says the subcommittee will be focusing on in the future.

Rope is ubiquitous in water sports, used for everything from towing someone behind a boat to connecting parasails and other equipment. The subcommittee’s first proposed standard specifically addresses the test methods for nylon ropes that tow equipment behind boats. Once finalized, this standard will specify how such ropes should be prepared prior to testing, how to load the rope to test its point of failure, and how resilient the rope will be in the water.

To date, wakeboard manufacturers haven’t had a standard for how bindings should be attached to the board, so each company has developed slightly different designs. This can cause problems for users who might want to use one company’s bindings on another company’s wakeboard, as is common with skis and snowboards. It also introduces additional injury risk when trying to force bindings that might not be compatible with a given wakeboard. This proposed standard will specify the requirements for wakeboard thread-insert position and thread specification, so that manufacturers can generally work with the same binding connection design in order to increase interoperability and improve safety.

The subcommittee is also looking at two other areas for future development:

Towable inflatables are wildly popular but to date, they have not been held to the same testing standard across all manufacturers. A future standard that would create a testing protocol for new inflatables, specifically focused on product performance in the water, would be helpful, says Suderman. For instance, if an inflatable is designed to be towed behind a boat, it would be tested to ensure it holds together at a certain speed, it doesn’t easily flip or roll, and injury risk is low when it is used as directed.

As with snow sports equipment, water sports equipment needs to endure high levels of physical stress. With this in mind, another future direction of the subcommittee is to develop standards for a wide range of water sports gear with an eye toward acceleration forces, boat velocity, user weight, and more. Suderman says the goal is to test for the real-world conditions that a given product will face.

According to Suderman, the subcommittee is still ramping up, so the next step for members is to get together and start moving these standards forward. “Because we're a new subcommittee, we’re really focused now on starting discussions and meeting with stakeholders so we can get the best possible standards out there,” she says.

Tim Sprinkle is a freelance writer based in Colorado Springs, CO. He has written for Yahoo, The Street, and other websites.