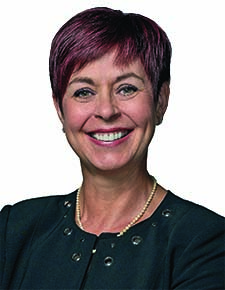 SCC Looks to the Future

An Interview with Chantal Guay, P.Eng., CEO of the Standards Council of Canada

Q. What impact is climate change having on Canada’s north?

A. In 2011, I visited Iqaluit, the capital of Nunavut. We could already discuss then with community leaders the extreme challenges that Northern Canada and northern communities were facing due to climate change. In fact, Environment and Climate Change Canada reported last year that Canada is experiencing climate change twice as fast as the rest of the world. In Northern Canada it’s even faster.

A big issue for Northern communities is that normally things would remain frozen for most of the year, particularly permafrost. You built on what you believed would act like bedrock. Now, instead of just a little surface thawing in the summer, many meters may thaw. Imagine having a house, infrastructure, roads, and bridges built on what you thought was going to be rock solid but now is like mud. The Northwest Territories did an evaluation indicating that permafrost thawing likely costs $51 million annually, and a few thousand people have to bear that cost to be able to live there.

We have to help communities adapt, particularly remote communities. Because they are remote, they’re often out of sight, out of mind. If you haven’t been there or seen what’s happening, you can ignore it or think it’s not true. I have been there. I have seen it. These communities are suffering, the people are suffering.

That’s actually why we decided to start this Northern Standards Infrastructure Initiative. It was key for us to find ways to support them.

Q. How will the Northern Infrastructure Standardization Initiative help to reduce some impacts of climate change?

For this initiative, we’re working with our partners in the standardization system. (SCC doesn’t develop standards.) We have been facilitating conversations with community leaders and experts to tell us where we can help the most.

We’ve also been funding standards development projects. One is a standard for thermosyphons, which help keep the ground frozen and stable in cold climates by transferring the heat from the ground to the air when appropriate temperature differentials prevail. Another example is guidance for permafrost geotechnical studies in the north. We’re working to ensure that engineering organizations do that type of study and take into account the fact that the permafrost doesn’t behave as it used to.

To date, we’ve supported the development of 10 standards and guidance documents for the north. Some have to do with high winds. Community members have noted that wind conditions in the north have been changing as a result of the warming climate. We supported the development of a standard that provides guidance to building operators and owners when dealing with changing wind patterns and strengths, and their impacts on snow drifting.

We are also looking at reducing the impact of climate change elsewhere in Canada. For example, the Ottawa Valley is known for having small twisters and high winds, and we’ve discovered that roofs are not always well attached. There is a standard that’s being developed to make sure that roofs are better anchored and resilient.

We’re also starting work on wildfires because they have been an issue in Canada, and we’re working with public safety groups to look at impacts and trends as well as what standards and guidance could help planners as well as emergency responders.

In addition, with our partners, CSA Group [Canadian Standards Association] and others at the Intact Center on Climate Adaptation, we’ve been working on adaptations, particularly for flooding and fires. We’ve also done the same thing for new communities. If you’re building, what should you consider to make it more resilient?

To complement this work, we’ve been harnessing weather data itself from various sources to help inform infrastructure design for the next 50 to 100 years.

Q. What is SCC doing in the area of clean technology to support sustainability?

A. Canada’s vision is transitioning to a low-carbon, low-pollution, and resource-efficient economy.

One thing we’re doing is helping innovators and organizations understand what standardization can do for them, how you take an idea to market, and how the standardization strategy is as important as intellectual property protection. 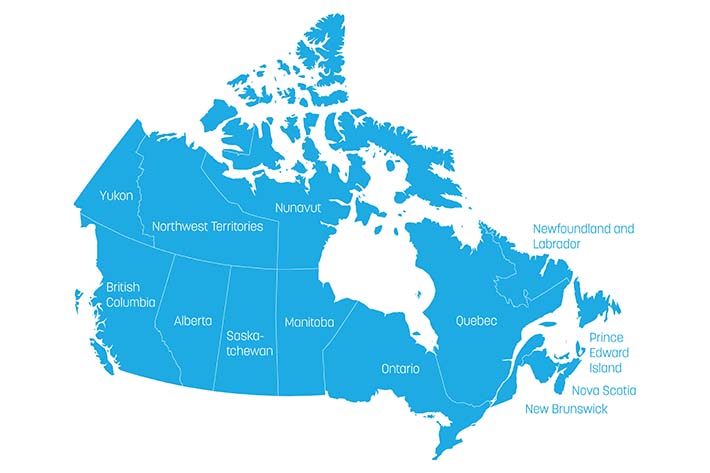 As the second largest country in the world, Canada has unique climate- and standards-related challenges.

We are working to shift that state of mind from standards coming at the end to earlier on in the commercialization efforts. That’s what we have been doing with innovators in support of clean tech technologies, by introducing them to the appropriate technical committee or helping them with verifying a technology to an international standard.

Recently, the Government of Canada created what we call Economic Strategy Tables to discuss business challenges and opportunities. There was one on clean tech, and a top recommendation was to have a national standardization strategy indicating where standards can bring the most value to the sector. We’re getting ready to present that.

To make sure the marketplace is ready for clean tech and understands its value, we’re also working on policies, particularly for buildings, transportation, and industry.

And as Canada’s national accreditation body, we’ve offered accreditation for greenhouse gas validation and verification for many years. There are also provincially mandated emissions reporting and cap-and-trade programs, and a federal output-based pricing program to help reduce emissions. Those tools are supported by the work of verification and validation bodies, and they must be accredited.

Canada is also implementing a carbon offsetting and reduction program for international aviation, the CORSIA [Carbon Offsetting and Reduction Scheme for International Aviation] program, based on an ISO standard. It fosters knowing how much you emit and then taking action to reduce it.

SCC is a team of only 120, so I’m grateful for all the partnerships we have with the rest of the stakeholders in the standardization system. Challenges are becoming increasingly complex and you need all parties to find creative solutions.

Q. The SCC initiative, Gender and Standardization Strategy, builds on the recognition that standards may be experienced differently by women than men. Why is this needed, and would you provide an example or two?

A. I’m a woman, and the need has been evident to me for a long time. I’m also a professional engineer in an area that is still male dominated. There are lots of examples.

Think about women waiting in line for the washroom at a large event. That’s a basic example of a design that doesn’t take into account the specificity of the two genders.

Take personal protective equipment. In car crashes, women have a 73% higher risk of serious or fatal injuries because most crash dummies are based on males. And in this digital age, voice recognition software is 70% more accurate for male voices than female voices. That doesn’t reassure me.

With that in mind, we need to recognize that there is bias in standards development, especially with a group that is not diverse, either male or female.

Diversity is a strength of a standard. Making sure that all the needs are understood will help you develop a better standard.

FOR YOU: What Is Resiliency?

We decided that SCC should work on this. First, we want to ensure that the mirror committees we support consider diversity when recruiting the next generation. Second, in collaboration with standard development organizations, we’re looking at the current national standards of Canada for possible bias. And third is gathering more information globally about the impact of gender and diversity on standards development.

There’s an important trend internationally through the UNECE [United Nations Economic Commission for Europe] and its declaration about diversity.* We want to make sure that standards development considers that.

I believe SCC can be a catalyst for change and demonstrate significant value to Canada by improving the representation of women in standardization, as well as ensuring our programs and policies support the development of gender responsive standards.

Q. You’ve been the SCC CEO for two years. What changes have you seen take place? What challenges or opportunities do you see on the horizon?

A. My leadership preference is collaboration: I believe in the power of the many working together. I take time to reach out to our standardization system partners, in particular standards development organizations, to ensure that the system is as effective as it can be and that it continues to bring more value to stakeholders.

This is a key point of my vision for SCC. We are the custodians of the standardization system in Canada, and we are working with all of our stakeholders to make the system stronger.

A key is increasing awareness of the value of standardization. We’re meeting more with organizations and departments at the federal and provincial and territorial levels about what standardization can provide to policymakers and regulators as well as to businesses and innovators.

An important result is our Innovation Program. It’s the shift I talked about earlier: demonstrating to innovators that standardization should be considered from the inception of your idea as a tool to help access markets. We have been able to raise this awareness, and it’s an important step to continue to be competitive.

Another significant trend is the pace of change. We have to continue to innovate to remain relevant. Globalization and technology are forcing all of us to reflect, and for me, it’s on what an efficient and effective standardization system for Canada looks like. What is the best way to develop standards? What kinds of tools should we use? What input is needed? Who should be involved? How will content be made accessible and usable? Technology and big data and AI are all opening doors to a future that we need to explore.

With SCC turning 50 this year, we’re looking at how the system should evolve in the next 50 years. I believe this is a pivotal time for SCC and the system. The number of stakeholders is increasing, and their complexities and needs are increasing. “One size fits all” doesn’t work anymore. If we want the standardization system to remain the pillar it has been, we must make sure that we are relevant going forward.

Q. With the recent trade agreement signed by Canada, Mexico, and the United States, what do you see as the role of standards in trade?

A. Because 80% of global trade is founded on standardization, standards are a pillar of a trade agreement, and that’s why most agreements now include a chapter on technical barriers to trade.

We were at the negotiating table for this one, and I believe the technical barriers to trade chapter was the first one finalized.

Editor’s Note: ASTM International signed the Declaration on Gender Responsive Standards and Standards Development, from the U.N. Economic Commission for Europe, in May 2019.