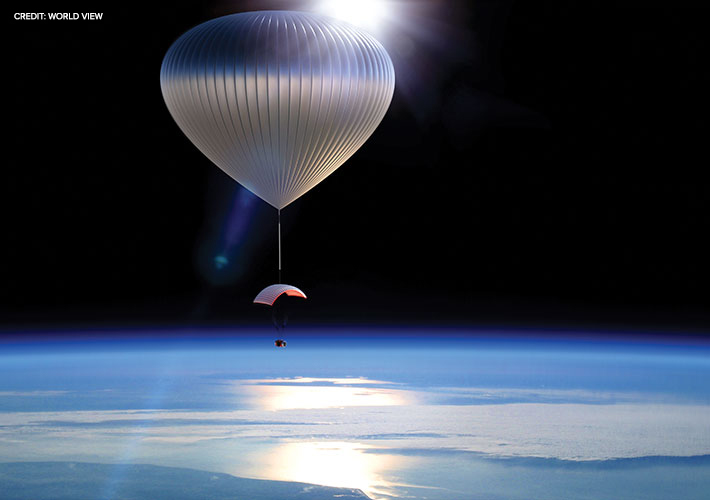 The Lure of Space

Astronauts have been, and remain, among our most enduring heroes. And one day surprisingly soon — provided you have at least a few hundred thousand dollars to spare — you too may be able to join the rarified company of the more than 500 men and women who have journeyed beyond the confines of earth’s atmosphere.

First, however, the companies hoping to make civilian space travel a frequent reality must develop standards to ensure the safety of their crew and passengers. Efforts to do so have been under way for several years.

Industry stakeholders, including the Commercial Spaceflight Federation and the Commercial Space Transportation Advisory Committee, have been working in tandem over the last few years to identify areas where industry consensus standards will be needed. After talking with ASTM International and other standards development organizations, they concluded that the best way forward would be to work through a recognized standards development organization.

“When we talk about commercial spaceflight, immediately you have to make a distinction between manned and unmanned — robotic flights and missions, versus missions with human occupants on board,” says Oscar Garcia, chairman and CEO of Interflight Global. IFG is a leading consultant to the aerospace industry with a particular focus on space transportation.

This distinction is important to note. While the concept of “regular” people journeying into space has, not surprisingly, captured the public’s imagination, there is actually much more activity on the unmanned front. Although this segment receives less media attention, it is very significant from an economic standpoint. According to The Annual Compendium of Commercial Space Transportation: 2016, published by the U.S. Federal Aviation Administration, “The size of the global space industry, which combines satellite services and ground equipment, government space budgets, and global navigation satellite services equipment, is estimated to be about $324 billion."

IFG’s Garcia believes the biggest commercial opportunity on the unmanned side has been, and continues to be, “the robotic activities in space by vehicles for communications, information transfer, Internet, and also for servicing existing satellite constellations.” Constellations are groups of satellites that are synchronized and coordinated to provide effective coverage over large areas; the Global Positioning System, or GPS, is a good example.

Garcia sees this unmanned market segment expanding as technology improves, with the deployment of robotic satellites designed to fix other satellites already in orbit and even build new ones while circling the earth.

“Very interesting,” you’re saying to yourself, “but when can I buy a ticket, put on a cool spacesuit, and channel my inner Captain Kirk?” That’s where the new ASTM committee on commercial spaceflight (F47) comes in.

To understand why paying passengers — or “spaceflight participants,” the industry’s preferred term — have yet to venture into space, it helps to know a little about the history of commercial spaceflight. This history is shaped by the fact that the United States has been promoting commercial spaceflight for decades and offers a favorable regulatory environment.

Thirty-three years ago, the U.S. Commercial Space Launch Act of 1984 was passed to help companies wishing to tap into the commercial potential of space. It was amended 1988 and again in 2004.

The 2004 amendments specifically tasked the FAA with regulating the nascent commercial spaceflight industry. However, FAA’s regulatory purview was limited in the ensuing eight years to protecting the “uninvolved” public — that is, anyone not actually flying into space — from negative consequences of industry activity, such as falling debris from launches and reentries.

Restrictions were placed on the FAA’s ability to regulate safety for passengers and crew on commercial spaceflights. The only requirement for individuals embarking on these flights was that they sign an informed consent waiver acknowledging the dangers inherent in such a risky endeavor. The thought behind this provision was that eliminating government regulation — which, at such an early stage of industry development, would likely be very conservative — would allow early investors to experiment, innovate, and ultimately develop hardware and operating systems that would enhance the safety of passengers.

Unfortunately (and in part due to the meticulous approach the industry took toward safety and reliability), eight years turned out not be enough to do this, which led the U.S. Congress to extend the so-called “learning period” for three more years. Then in November 2015, the Commercial Space Launch Competitiveness Act was issued. This bill further extended the learning period, to 2023, and limited FAA’s ability to enact regulations on passenger safety. It also included provisions related to space resource utilization, like the mining of asteroids.

Why has it taken so long for the industry to move forward on manned commercial flights? “Three simple words: Space is hard,” says Michael Lopez-Alegria, and he should know. The former astronaut, a veteran of four space flights, has logged more than 257 days in space and performed 10 spacewalks totaling nearly 68 hours.

“Space is a technically challenging arena in which to work,” notes Lopez-Alegria. “It doesn’t matter if it’s commercial or government, these cutting-edge programs always seem to incur delays.”

The Promise of Space Tourism

The difference between manned and unmanned spaceflight is clear. But there’s another distinction, this one within the manned segment, that is key to understanding the long-term future of the industry: sub-orbital versus orbital flight.

The most widely accepted definition of where the earth’s atmosphere ends and outer space begins is the Karman Line, 62 miles (100 kilometers) above sea level. Here the atmosphere is very thin and an aircraft must move very fast — 17,500 mph, according to Lopez-Alegria — to remain aloft.

Sub-orbital flights, such as those being promoted by Virgin Galactic, XCOR Space Expeditions and Blue Origin, are essentially up-and-down trips, during which participants will spend only a short time in the lower reaches of space. Orbital flights, on the other hand, would require the spacecraft to climb higher and go fast enough to attain orbital velocity, at which point the engines can be turned off as the craft settles into orbit around the earth.

“For the short term, spaceflight participants who are not professional astronauts will be going sub-orbital, rather than orbital, and that’s what drives the urgency of the standards,“ says Lopez-Alegria. “XCOR and Virgin Galactic have already sold flights, and Blue Origin might be the first one to actually do commercial flights.”

What kind of standards does Lopez-Alegria — a man who understands the rigors of spaceflight — believe are needed to keep space tourists safe? “The whole purpose of this [standards development] effort is to maximize safety,” he says. “Similar to a lot of aviation standards committees, we’re looking at everything from materials to production techniques. These are things that we want to make sure that for everybody in the industry, the common denominator is safety. An example of one thing we’re thinking about doing is determining minimum requirements for breathable atmosphere in a sub-orb vehicle — talking about composition, the pressure, humidity, things like that.”

Another challenge is that a variety of vehicles are under development. “Some are capsules, some are airplanes,” says Lopez-Alegria. “They’re all quite different, and in order to get all the manufacturers to agree on something, it’s a needle that we have to thread. It’s not going to be easy, but we’re pretty committed to doing it as an industry because we think it’s important.”

London to Sydney… Before Lunch

While the idea of nonprofessionals in space is catnip for science reporters, the actual number of those with the desire to leave earth behind, and the financial means to afford it, is quite small. Garcia notes that “even the most generous forecasts for how many people will travel into space in the next 20 years do not exceed 2,000 to 3,000 people.”

Point-to-point travel using sub-orbital or even orbital space trajectories to drastically reduce flying time is another story entirely, however.

“When you look at the numbers of people who move long-range on earth every year — pretty close to 200 to 300 million a year around the world — and you take a portion of that, you are talking about very high volumes of people that could use space as a medium to be transported,” Garcia says. “Without a doubt the largest, most tangible, most relevant application of new space is on the manned side, for very high speed transportation connecting dots on earth.” Garcia also chairs the Fast Forward Project, which has been researching and acting as a “think tank” for this industry segment for almost a decade.

How will the new ASTM committee on commercial spaceflight (F47) begin to tackle the complex issues regarding safe travel for spaceflight participants? Garcia believes there are three words that should guide F47’s efforts: safety, scalability, and interoperability.

“Standards enable three things: first, and foremost in importance, is safety. The second is scalability, meaning an industry that, once things are proven to be safe and reliable, can scale up and grow like the airlines did in the ‘50s and ‘60s,” says Garcia. “The third is interoperability. For space transportation to be truly a global enterprise, an investor that develops a vehicle in the U.S. must also be able to sell those vehicles in, say, Australia. One of the main reasons we advised FAA to choose the ASTM platform was because of the international reach of their consensus methodologies; standards that will emerge from ASTM F47 will be interoperable globally.”

According to Christine DeJong, the ASTM business development director who helped organize F47, “the title and scope and structure of the committee is particularly broad, but their primary focus in the first few years is going to be the first two subcommittees, F47.01 on Occupant Safety of Sub-Orbital Vehicles and F47.02 on Occupant Safety of Orbital Vehicles, dealing with human spaceflight safety issues.”

“If there’s a regulatory hole, it’s in occupant safety,” agrees Lopez-Alegria, who suggests standards relating to a person’s suitability for sub-orbital spaceflight may be broader than one might expect, giving hope to out-of-shape potential astronauts everywhere. “There is no age limit to be a NASA astronaut. Even if you’re a hundred years old, if you can pass a physical, you can fly. I think the standards we come up with will be performance-based, rather than based on an arbitrary metric like age or weight.”

Looking at the bigger picture, Garcia emphasizes the importance of the industry’s decision to work with ASTM. “F47, in my view, is a clear indication that the commercial space industry is very serious about its safety, its scalability, and its global interoperability. By putting time, effort, and financial resources on this committee, every industry member, in the U.S. and abroad, is sending that message to the users, to the public, and to regulators around the world.”

Committee F47’s next meeting will be held May 8-9 at the Commercial Spaceflight Federation in Washington, D.C. For more information, contact Kristy Straiton (+1.610.832.9640)