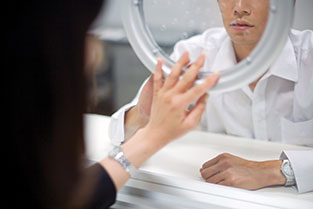 ASTM International Committee F33 on Detention and Correctional Facilities is seeking all interested parties to join in the development of proposed standards for visitation booths in correctional facilities.

The committee will be developing standards that will answer two main challenges of designing effective visiting booths:

Paul Whitaker, an F33 member and manager, security architecture, Rosser Justice Systems, says that advances in technology have furthered the need for standards for visiting booths.

"Now that electronic visiting is the customary approach, manufacturers have introduced modular cubicles for this purpose," says Whitaker. "A performance-based testing standard is needed to assure fair comparison of the different products now available."

Technology employed for visiting rooms increasingly includes video, with some centers replacing the security glass/headset design with monitors positioned on either side of a barrier. Other systems use the Internet to provide the connection between the inmates and visitors using computers or smart devices.

"Key issues in this area include intelligibility of the audio and the quality of the video image," says Mike Retford, vice president and director, justice practice, at architecture firm HOK. "In addition, the equipment is expensive, and in systems that offer two-way online communication between the inmate and off-site visitors, the facility can only control one side of the equation."

According to Retford, proposed new standards planned by F33 will address performance parameters for video systems. These standards will give architects, specifiers and correctional facility administrators a greater level of assurance that systems will provide necessary audio and visual quality.

F33 will officially launch its standards developing activity on visiting booths during its meetings in conjunction with the American Correctional Association 144th Congress of Correction in Salt Lake City, Utah, on Aug. 15-20.