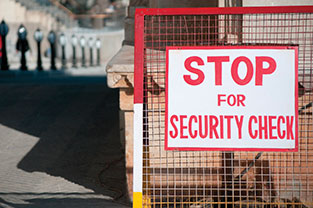 A new ASTM International standard will be used to quantitatively test the ability of a trace detector to reliably sense and identify very small amounts of explosives.

"Trace detection of explosives is one of the most important strategies used domestically and internationally for deterring terrorism," says Michael Verkouteren, National Institute of Standards and Technology, and an E54 member. "Detector systems have been deployed at airports, embassies, federal buildings, military checkpoints and many other venues in order to protect the public."

Verkouteren notes that detectors have the ability to sense a single particle of explosive compound weighing less than a nanogram, with a width smaller than that of a human hair.

"There are many manufacturers of trace detectors and many models are deployed using various detection technologies," says Verkouteren. "These systems are programmed to detect and identify large numbers of explosive compounds, often in less than ideal conditions. While each system may be properly maintained and may perform at a nominal level, it is natural that some systems perform better than others through variations in manufacture, history, operational settings and environment."

E2677 will be used by manufacturers, vendors, testers and users of explosive trace detectors to determine limits of detection, which are typically defined as the smallest signals that may be reliably discerned above variations in background and attributed to particular analytes with a certain level of confidence.

Reliable values for limits of detection give security planners the ability to make informed decisions about the most appropriate systems to procure, whether a system is performing within certain requirements and whether a system is capable of detecting an amount of a particular compound expected from a sample protocol used on test residues.