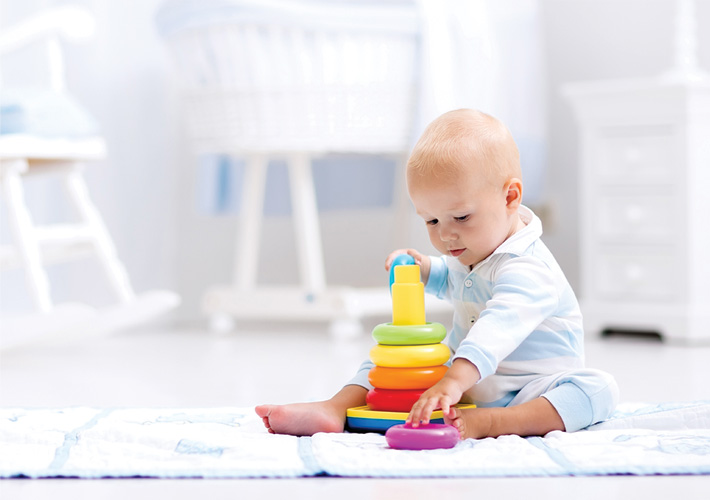 With the stroke of a pen in October 1972, the United States’ Consumer Product Safety Act became the front line for American consumer safety. It would go on to make products safer through the recall and/or ban of those deemed hazardous to consumers. It would likewise spur the creation of product safety standards and the formation of the U.S. Consumer Product Safety Commission (CPSC) – as well as ASTM International’s committee on consumer products (F15), which celebrates its 50th anniversary in 2023.

Founded in 1973, the consumer products committee is entrusted with developing voluntary consensus standards for numerous industries, including furniture, toy, and connected products. It has close to 1,300 members and 60 subcommittees devoted to such diverse goods as public playground equipment, auditorium seating, scooters, and brooms and mops. While the products may differ, the goal of F15’s subcommittees and their standards is the same: help keep consumers safe through the development of consumer product standards.

According to the American Red Cross, approximately two out of three fires started by children in the U.S.—and three out of every four fire-related injuries and deaths—involve children playing with matches or lighters. While keeping fire-starting devices out of the hands of children remains key, so does implementing safety standards for these products. This was the impetus behind ASTM’s first consumer product subcommittee, which dealt with matches (F15.01), as well as its subcommittee on safety standards for lighters (F15.02).

According to Jim McDonough, chair of the subcommittee on safety standards for lighters from 2004 to 2022, when it came to match safety, there was only one way to make a basic match safer than it already was. That was to position the striker pad away from the remaining matches in a box or a book of matches, so as to prevent accidental ignition of the remaining matches (which was the main safety concern).

This action was taken by the match industry and, for this reason, F15.01 faded away. Today, however, F15.02 is ASTM’s oldest continuous consumer product subcommittee.

The original chair of the lighter subcommittee, Edward Lewiecki, worked at Gilette, the producer of America’s first disposable butane lighter, “The Cricket.” After the Cricket’s release in 1972, the CPSC approached ASTM about crafting a voluntary standard to render all  lighters safer for consumer use. A number of domestic and international lighter manufacturers worked with a diverse group of interested parties in F15.02 to develop and issue the consumer safety specification for lighters (F400). As a result, the number of consumer accidents and incidents were reduced. The CPSC approached ASTM again in the mid-1980s to work with industry to render these lighters more child-resistant and reduce the dangers, McDonough says. He notes that Lewiecki (who served as the subcommittee’s chair until 2004) and other industry experts were instrumental in lighter safety efforts.

International representatives from manufacturing, consumer groups, medical professionals, and fire marshals came together in the lighter subcommittee and established F400. The standard applies to cigarette, cigar, and pipe lighters, and it includes such criteria as maximum flame height, flame extinction, and the amount of liquified fuel permitted in shipped lighters.

“Utility lighters, which appeared in the marketplace in the mid-1990s, are uniquely different as are their safety requirements,” says McDonough, who has been in the industry since the late 1970s and was the vice president of operations at Zippo until his retirement in 2022. “When you look at a utility lighter, it has a long nozzle, several inches from the valve gas releasing mechanism. With a cigarette lighter, the nozzle from the valve mechanism is less than an inch, giving it a very fast shut-off. With utility lighters, the shut off is a little delayed, taking maybe four seconds as opposed to two.”

Presently, the subcommittee is contemplating a standard for flameless lighters. This type of lighter does not generate a flame to ignite cigarettes and other combustibles.

“The technology of lighters keeps evolving over time, and as it does, we keep revising and writing the standards,” McDonough says.

Another venerable consumer products committee standard is the consumer safety specification for toy safety (F963). Originally developed by the National Institute of Standards and Technology (NIST) in 1976, the standard was adopted and adapted by the subcommittee on toy safety (F15.22) in 1986. It features requirements and test methods for toys intended for children under the age of 14, including balls, plush toys, and wheeled, ridable toys. It cites age limits for requirements and details the dangers and expected mental and/or physical ability of a child to cope with them. Unless they involve safety, toy performance and quality are not covered by the standard.

“The toy safety standard is recognized around the world and serves as a model for other regulations. It’s referred to by many as ‘the gold standard’ because it was the first comprehensive standard and is often first to identify and address potential hazards in toys,” says Joan Lawrence, senior vice-president of standards and regulatory affairs for the Toy Association, Inc. and chair of F15.22. “From its beginning, it was meant to be forward-thinking and applicable to any new invention that came along. It focuses on the type of hazard, not the type of toy. Because it addresses hazards, without being design restrictive for new innovation, a new type of toy could be invented tomorrow and the standard still applies.”

Nancy Cowles, executive director of Kids in Danger, considers the toy standard to be the strongest and most well-developed of children’s products standards. “They have been very timely and focused on addressing new hazards as they arise. When the issue with magnets came up, the standard moved to include those kinds of products and hazards, which probably saved many children’s lives and certainly spared many from serious injury in my opinion. We see what happens with small, powerful magnets that are not part of the toy standard,” Cowles says.

Tiny, high-powered magnets can be found in adult building sets and adult desk toys, among other items. If a child ingests more than one of these magnets, serious internal damage and/or death can occur.

Beyond the addition of magnet requirements to the toy safety standard, the subcommittee on magnets (F15.77) has published the standard specification for marketing, packaging, and labeling adult magnet sets containing small, loose, powerful magnets with a flux index ≥50 kG2 mm2 (F3458).

Children’s bunk beds are among the home furnishings that have long posed safety concerns. In addition to sustaining injuries through misuse, children can become stuck in and injured by the spaces between an upper bunk’s guard rails and by a bed’s ladder. To reduce the gap size in the guardrails and where the ladder intersects with the lower bunk, the subcommittee on bunk beds (F15.30) created the standard consumer safety specification for bunk beds (F1427). Published in 1992 and revised as recently as 2021, the standard remains the strictest safety standard for non-institutional bunk beds.

Alan Kaufman is senior advisor technical affairs at the Toy Association, Inc., co-chair of the subcommittee on magnets, and a member of the toy safety (F15.22), connected products (F15.75), Per-and Polyfluoroalkyl Substances (F15.81), and several other subcommittees. “It’s a well-recognized hazard,” Kaufman says. “You want to be able to guard against those types of injuries.”

In 2008, Congress passed the Consumer Product Safety Improvement Act (CPSIA). An amendment to the Consumer Product Safety Act of 1972, it increased the CPSC budget, set new testing requirements, and heightened the emphasis on child safety. Listed within the legislation was ASTM’s toy safety standard. Because of its inclusion in the CPSIA, all toys sold in the U.S. must now meet F963.

Along with the toy safety standard, the CPSIA contains the standard consumer safety specification for infant walkers (F977) from the subcommittee on carriages, strollers, walkers and stationary activity centers (F15.17). The specification emerged from the hazards of moving children down stairs while in walkers.

“ASTM stepped up to develop a standard to reduce these hazards,” says Don Mays, founder of Product Safety Insights and chair of committee F15. Mays is also the vice president of the Society of Product Safety Professionals and a board member of Kids in Danger. “To meet the standard, manufacturers either put friction pads on the bottom of the walker so that, if a wheel went over the edge of a stair, it would stop abruptly, or by making the walker so wide that it could not fit through a conventional doorway. As a result of this, the reduction in the number of injuries associated with infant walkers was considerable.”

“The ASTM standard eliminated the very common drop-side design, which could break away – or part of it could break away and leave a dangerous V-shaped opening. After trying to develop a durability standard, we decided to eliminate the design instead. You will no longer find those drop-side cribs on the market,” he said.

Roughly 20 of the consumer products committee’s standards have become part of the CPSIA and consumer product safety law. This development, Mays says, has been a huge win for ASTM.

ASTM’s relationship with the CPSC has likewise been a boon. “The involvement of all stakeholders is what produces quality standards. This includes the involvement of CPSC,” Carol Pollack-Nelson says. She is a human factors psychologist and longtime committee member.

Although the committee’s work on toy, juvenile products, and furniture safety may be more renowned, its safety standards for products such as portable pools and liquid laundry packets have been extremely important.

“It took a long time to do something significant to impact drowning rates with portable pools,” says Pollack-Nelson. “People don’t want to put a $5,000 fence around a $50 pool. Yet, children were drowning in their backyards. Having these safety measures in place is so important.” Pollack-Nelson is part of the subcommittee on portable pools (F15.60). She has also been part of the subcommittees on liquid laundry packets (F15.71) and weighted blankets (F15.74) and is currently co-chair for the magnets subcommittee (F15.77).

In 2007, the portable pool subcommittee published a standard specification for above-ground portable pools for residential use (F2666). The specification addressed the risk of drowning, entrapment, and other perils associated with this type of pool.

As threats to consumer safety appear, the consumer product committee responds with new subcommittees to tackle them. In 2022 alone, subcommittees on pet products (F15.05),  Per-and Polyfluoroalkyl Substances (F15.81), and adult sexual products (F15.82) were formed. All are in the early stages of development.

“The point of F15 is to keep up with technology and new product development and try to work with all sectors to develop standards that make products as safe as they can be,” says Pollack-Nelson. “It is a balance of figuring out what needs to go into the standard in terms of performance requirements that will make the product safe for intended use as well as for reasonable, unintended use. American consumers expect the products sold on store shelves to be safe.”

To foster greater involvement with the public, ASTM’s website now features a consumer hub. Navigable from the homepage, the consumer safety section offers explanations of consumer safety standards, links to trainings and resources, and ways to become involved with the organization. To learn more about the committee on consumer safety products and ASTM International, visit  go.astm.org/consumer.

“I truly appreciate the amount of consumer involvement in these committees,” says Mays. “They bring a different perspective from the manufacturers, government regulators, and testing labs. They’re using these products every day, and they join to affect change. They dedicate their time to help make the world a safer place.”