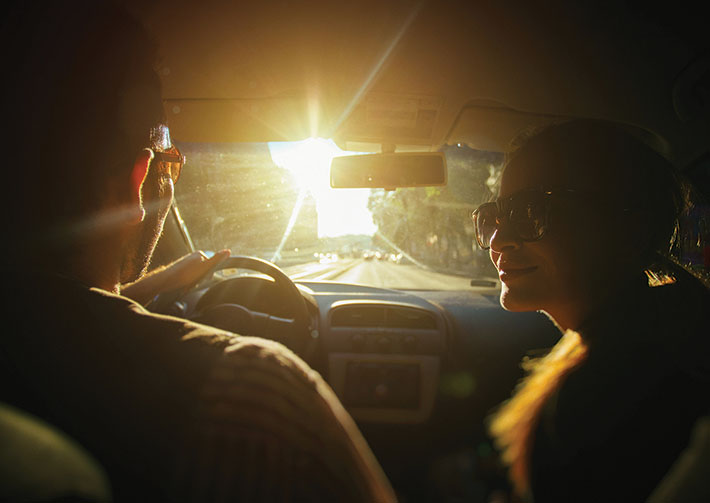 Motorists have been feeling pain at the pump in recent months due to a rise in the price of gasoline. Standards can help ease it.
BY:
David Walsh

Electric vehicles (EVs) have seen enormous worldwide growth in recent years. According to the International Energy Agency (IEA), 2021 saw year-over-year sales increasing 100% to double 2020’s numbers, resulting in 6.6 million EVs being sold globally. This number becomes even more extraordinary when you consider that in 2012 – just 10 years ago – global sales of EVs totaled 130,000. In short, the day of the electric vehicle is coming.

However, it’s notable that, even with such remarkable growth, the total percentage of EVs in the global auto fleet in 2022 stands at approximately 1% according to the IEA. This means that for 99% of motorists worldwide, the recent spike in global petroleum prices has had a significant impact economically.

According to Global Petrol Prices, a website that tracks the retail price of gasoline across 150 countries, the average price of a gallon of gas was $5.76 USD in July, with the cost considerably higher in outliers such as Hong Kong ($11.41 per gallon USD) and Norway ($9.07 per gallon USD). This situation, in turn, means that for that same 99% of motorists, getting as many miles or kilometers as possible out of a gallon or liter of gasoline is a major priority in 2022.

READ MORE: Fuel for the Future

Enter ASTM International’s committee on petroleum products, liquid fuels, and lubricants (D02). With over 800 standards under its jurisdiction, this committee is responsible for many of the industry standards related to fuel efficiency and economy.

James Simnick, Ph.D., is a member of D02 and the owner of Simnick Consulting. He is also a member of the subcommittee on gasoline and gasoline-oxygenate blends (D02.A), which oversees one of the most critical standards related to fuel economy for unleaded gasoline in passenger vehicles: the standard specification for automotive spark-ignition engine fuel (D4814). This specification describes the various characteristics and requirements of automotive fuels for use over a wide range of operating conditions in ground vehicles equipped with spark-ignition engines.

“It’s the responsibility of our subcommittee to get the specs [in D4814] correct, and make sure that gasoline delivers good performance to the customer,” says Simnick. “Good performance yields good efficiency, so you get your best miles per gallon when that runs well.”

According to Simnick, one of the main factors driving that performance is the chemical composition of gasoline, specifically, the sulfur content, which is covered extensively in D4814. Lower sulfur content in gasoline enables pollution controls and increases fuel efficiency, while higher sulfur content tends to increase pollution by hampering the effectiveness of pollution controls. Sulfur reduction also makes the manufacturing of gasoline more costly. So there is a balance at play, all of which impacts the fuel efficiency of motor vehicles.

In the U.S., the Environmental Protection Agency reduced the sulfur content of gasoline to 10 parts per million for unleaded gasoline in 2017. According to Simnick, the specification for automotive spark-ignition engine fuel was revised to reflect this new threshold: “By lowering the sulfur and making that standard lower for U.S. gasoline in D4814, we [D02] enabled these pollution controls to work better and reduce emissions.”

With regard to diesel fuel, the most efficient of all popular internal combustion types, the threshold for sulfur was reduced to 15 parts per million by 2010, and this is reflected in the primary standard for fuel efficiency in diesel engines: the standard specification for diesel fuel (D975). This specification covers seven grades of diesel fuel suitable for various types of diesel engines and covers fourteen test methods. “D975 had the same situation where sulfur in diesel fuel has been reduced to 15 parts per million,” says Simnick. “And that enabled other pollution-control technologies to run more efficiently in heavy-duty trucks and even light trucks and diesel cars and reduce their pollution.”

According to Simnick, another important factor covered by D4814 and D975 that affects fuel efficiency is energy density. The higher the energy density of a fuel, the more fuel efficient it is. This is particularly true for diesel, which has a very high density. “In gasoline and diesel fuel, there’s an energy content – expressed as kilocalories per liter in metric units or BTUs [British thermal units] per gallon in English units. The higher that energy density, the better miles per gallon you can get.”

There are numerous other factors at play when it comes to the chemical composition of fuels, Simnick says. Factors like octane number for gasoline and cetane number for diesel – which refer to the ability of a fuel to combust at the right time in the engine. And the levels of aromatics in gasoline and diesel, which affect fuel economy and mileage. However, another important factor in determining how often a motorist will need to stop and refuel at the local Wawa, Circle-K, or Couche-Tard (depending where in the world you happen to be driving) actually has nothing to do with the gasoline itself.

Angela Willis is the president of Willis Innovations and the chair of the passenger car engine oil classification panel within D02’s subcommittee on lubricants (D02.B0). She also spent 23 years with General Motors. “So lubricant standards actually do impact fuel economy from a manufacturer’s standpoint,” she says. “Pretty significantly as a matter of fact.”

The main reason for this, according to Willis, is something called viscosity, which is a measure of a fluid’s resistance to flow. “The physics behind this gets into the concept of ‘drag.’ If you’ve got an oil that’s more viscous, it’s going to be more difficult for the engine to pump. It’s going to put more drag on the system from a physics standpoint, whereas with a thinner oil, the pumpability is much easier, and the engine operates more efficiently. Also, from a cooling perspective believe it or not, the lower the viscosity, the better the cooling.”

In addition to viscosity, however, Willis says a second critical factor in the quest for better fuel economy is oil chemistry. “Another factor besides the viscosity metric in terms of fuel economy is the chemistry of the oil. And that gets into friction modification. If you decrease friction in your engine – and you could do that by introducing a friction-modifying package – then you get back to your engine running a lot easier, with less drag, and you’re going to see an increase in fuel economy from that perspective.”

FOR YOU: The Promise of Electric Flight

The subtle difference between these two standards is the test used, as the Sequence VIF test used in D8226 is specific to 0W16 oils, which are used in select gasoline and hybrid engines. In both cases, the tests are intended to measure the effects of automotive engine oils on the fuel economy of passenger cars and light-duty trucks with gross vehicle weight of 3856 kg/8500 lbs. or less. And both tests employ a specified spark-ignition engine with a displacement of 3.6 L (General Motors)4 on a dynamometer test stand.

Of course, with the world fixated on the cost of gasoline and eager to get the most miles per gallon or liter out of an engine, there may be a tendency to lose sight of other factors that go into fuel efficiency. And according to Willis, there are many, largely involving the physical construction of the vehicle, from the quality of the tires all the way to new engine-coating technologies.

“So factors such as engine design and calibration, as well as the vehicle architecture itself, when we get into tires, axles, the driveline – basically for overall fuel economy, they are the bigger drivers,” she says. “You’re only going to be able to take oil so far.”

With this in mind, Willis sees the potential need for revisions – and even possibly a new test method altogether in the future – in order to keep up with new engine technologies, which are advancing rapidly. “I think in the short term, there could be a revision to D8114 by introducing a different engine or a different engine architecture,” she says. “However, I do think that a whole new test should be entertained in the future if manufacturers are going to continue down the internal combustion engine path.”

Whatever the future may hold in terms of new technologies or new government regulations, Simnick says it will be the ASTM standards-development process that leads the way for the industry.

“At the end of the day, it’s the consensus standard that’s going to drive the improvement, that’s going to be our guidepost,” he says. “Frankly, we’re going have internal combustion engines, both diesel and gasoline, for a long time. And if we want to try to address the goals that the government is proposing in terms of carbon-dioxide reduction, we need to develop effective standards that enable us to do that.” ■