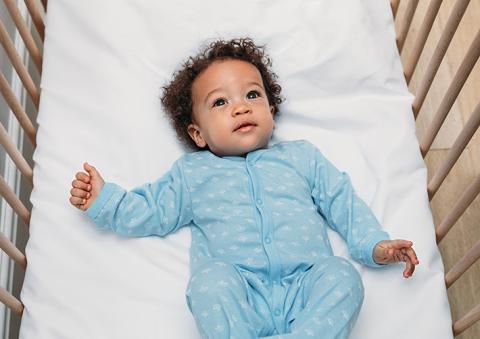 From infant and toddler toys to the connected devices that help manage home appliances, the work of the consumer products committee helps keep consumers of all ages safe.
BY:
By Kathy Hunt

Helping to ensure that consumers stay safe from the products they use every day might seem like a given. Yet, until the mid-twentieth century, consumer product safety standards were not commonplace. In 1962, the United Kingdom (U.K.) introduced the Consumer Protection Act, which set forth standards to reduce the possibility of injury or death by purchased goods. Ten years later, the United States enacted the Consumer Product Safety Act of 1972, which spurred the creation of the Consumer Product Safety Commission (CPSC).

An independent agency of the U.S. government, the CPSC has the power to develop safety standards and pursue recalls for over 15,000 different consumer products. The agency does not, however, have jurisdiction over such areas as food, drugs, firearms, and tobacco, which are governed by other federal agencies.

Other regions have likewise enacted consumer product safety initiatives. In Singapore, the Consumer Product Safety Office helps ensure that consumer products are safe for use and comply with specific regulations. In the European Union, the rapid alert system “Safety Gate” circulates daily updates about dangerous products, their associated risks, and efforts to ameliorate their issues. Safety Gate is used by 31 European nations and the U.K.

Although their names and locations differ, what these consumer product safety organizations have in common is standards. Some standards they have developed. Others stem from the work of voluntary consensus standards organizations such as ASTM International and its committee on consumer products (F15). Formed in 1973, this committee has over 100 standards created by 60+ subcommittees. The subcommittees represent an array of products, including infant bedding, toys, furniture, lighters, and scooters. Their members come from industry, government, testing laboratories, retailers, and consumer advocacy groups.

A poorly designed or faulty product can put anyone at risk of injury, but children, as they grow and explore their surroundings, are especially vulnerable to household hazards. They may bump into or fall on sharp furniture, ingest the undigestible (such as liquid laundry packets and button cell batteries), and engage in other injurious, if not fatal, behaviors. Accidents may also occur as a result of product failure and through no fault of the children or parents. ASTM has several longstanding subcommittees focusing on the well-being of infants, toddlers, and juveniles. For example, the standards for crib safety (F406) and non-full size cribs/playyards (F1169) ensure rigorous testing and performance requirements that eliminated drop side cribs; improved testing for slat integrity, durability, and mattress support; and strengthened warnings and product labeling requirements.

Along those lines, the subcommittee on infant bedding (F15.19) published a new version of its standard on consumer safety performance specification for infant bedding and related accessories (F1917) in December 2020. The standard pertains to fitted sheets, blankets, dust ruffles, covers and drapes for canopies, pillows, mattress covers, diaper stackers, fabric wall hangings, crib bumpers and liners, and comforters for infants.

“The subcommittee worked really hard to update the standard to ensure that it encompassed all the products that were on the marketplace as well as to ensure that the requirements and test methods were stringent,” syas Lisa Trofe. Trofe is the managing director of the Juvenile Products Manufacturers Association and chair of the subcommittee on infant bedding and related accessories (F15.19). “When it comes to crib liners and bumpers, which is what the CPSC 104 rule focuses on, we looked at things like firmness, breathability, and attachment means and how the liner and bumper would tie to the crib post. That way, we could ensure that the products could meet the very latest in research and the most stringent safety standards. We also did quite a bit of work on warning labels and instructions. That is where consumers need to be paying the most attention, to ensure that they’re using the product in the way the manufacturer intends it to be used. Otherwise, the product is not being used as safely as possible.”

The subcommittee on toy safety (F15.22) is working on revisions to its standard consumer safety specification for toy safety (F963) in anticipation of publishing a new version soon. Considered the gold standard for toy safety, F963 details requirements and contains test methods for products used by children under the age of 14. It sets different age limits for various requirements. These limits reflect the nature of possible perils and the expected mental or physical ability, or both, of a child to manage them.

Voluntary standards help make the world around us safer.

According to Alan Kaufman, senior vice president of technical affairs at the Toy Association and member of the F15 executive committee, the changes will bring F963 into alignment with current CPSC regulations. The revisions also revamp the acoustics requirements for push-and-pull toys and will incorporate requirements for new toys on the market.

In 2021, the subcommittee on locks and latches (F15.76) published a new standard consumer safety specification for child safety locks and latches for use with cabinet doors and drawers (F3492). The standard highlights safety requirements, including effective strength, openings, labeling, and magnetic requirements. It also includes test methods and warnings for child safety locks and latches to be installed by consumers on the interior of household cabinet doors or drawers. This hardware would limit access to the cabinets for children under the age of 48 months. In addition to maintaining existing standards, the committee on consumer products is considering the development of standards in new areas such as nursing pillows, wearable infant blankets, and loungers.

In addition, in 2021, the subcommittee on pre-filled containers of flammable and combustible liquids (F15.72) released a new standard for lamp fuel and torch fuel packaging (F3304). The containers covered by the new standard are designed for pourable refilling of lamp and torch fuel applications (such as outdoor pole-mounted torches commonly called tiki torches), as well as other portable open-flame decorative devices. The new standard includes a requirement that the container must be opaque to mask the contents, addressing concerns of accidental ingestion by children who may have thought the container included a beverage.

Safety in Electric and Connected Products

As the presence of electric and connected products in the marketplace increases, so, too, do concerns about possible consumer hazards. Pinpointing the exact safety threats can be tricky.

“The technology and innovation may be so new that there is not a lot of data or incident history to make an assessment on what hazards to address when developing a new standard,” says Richard Rosati, vice president of governmental affairs and industry standards at Bureau Veritas Consumer Products Services and a member of F15’s executive committee. “These are some of the challenges when creating standards.”

Problems may arise unexpectedly. Recalls occur, and new standards are proposed to reduce or rectify the issue. Such was the case with hoverboards and lithium-ion battery packs.

In 2016, the CPSC recalled over 500,000 hoverboards for replacement or repair. These two-wheeled, self-balancing, motorized, and battery-powered transport devices purportedly posed a fire hazard.

To address this, the subcommittee on powered scooters and skateboards (F15.58) has drawn up a draft specification: the standard consumer safety specification for self-balancing scooters, also known as hoverboards (WK57360).

The same subcommittee has drafted the new specification for commercial electric-powered scooters for adults (WK70724). Known as e-scooters, these battery-powered, short-range, stand-up scooters have become part of the urban landscape in Europe and the United States. The subcommittee has also created a working group to develop the electrical requirements for the proposed e-scooter standard. The group will analyze electrical requirement deficiencies for e-scooters that the broader UL e-mobility standard does not cover.

“E-scooters present a unique risk because they’re available for use from different companies and in various settings,” says Rachel Weintraub, legislative director and general counsel for the Consumer Federation of America, and a member of F15’s executive committee. She is also working on the task group for e-scooter braking mechanisms. “Plus, they have had a rapid proliferation in the marketplace, which has produced an increased and concerted effort to develop safety standards to reduce injuries on these devices.”

Weintraub notes that manufacturers, municipalities, testing labs, consumer advocacy groups such as the Consumer Federation of America, and members of the CPSC have come together to work on e-scooter standards.

“We all want to ensure that these vehicles don’t present unreasonable harm and that consumers have the knowledge to operate the equipment properly and safely,” Weintraub says. Innovative electronics aren’t the only items slated for new standards. More established products such as motorized or electronic room partitions are likewise on the agenda. In the case of room partitions, which are under the purview of the subcommittee on motorized partitions (F15.78), loss of life prompted the demand for safety standards. The subcommittee will develop a standard that helps remove or reduce injuries and deaths from these partitions.

Everyday objects that collect, transmit, and receive information through the internet also pose threats to consumer safety. Referred to as connected products, they consist of everything from fitness trackers to smart ovens. Their negative impact on consumers can be as small as a fitness tracker irritating the wearer’s skin or as major as a smart oven turning on a burner and catching a misplaced dish towel on fire.

FOR YOU: Consumer Safety, Standards, and the CPSIA

Helping to protect consumers from the physical pitfalls of connected products is the subcommittee on connected products (F15.75). In 2021, the 50-plus-member technical subcommittee released the standard guide for ensuring the safety of connected consumer products (F3463). The guide defines safety as “the freedom from an unreasonable risk of physical injury or illness resulting from mechanical contact, hazardous energy release, or exposure to hazardous chemicals from the connected product.” Safety, for this standard, does not include privacy or personal data security, or physical harms potentially resulting from privacy or personal data breaches.

“The standard doesn’t focus on privacy, but instead looks at whether there are any safety hazards that could be created because the item is connected,” Kaufman says. “For example, could someone hack into it and turn on your oven or your space heater? The Toy Association became involved because we are trained to picture what hazards could occur in toys whether they are connected or not. It is a very broad standard covering a wide variety of consumer products and it talks about the minimum steps that should be taken so that you don’t create a safety hazard by virtue of connectivity.”

As the members of the committee on consumer products look to the future, they hope for greater participation from consumers as well as the next generation of industry, government, testing, retail, and other professionals.

“One of the ways that consumers can become involved is to participate in an advocacy group, attend ASTM meetings, and join a task group,” Trofe says. “We welcome all voices. Everyone’s perspective is treated fairly and equally.”

Weintraub concurs. “Some consumer advocates may assume that policy changes are the only way to effect change in product safety. That’s not necessarily the case. Voluntary standards play an incredibly important role in effectively pushing for change. ASTM provides training that helps support consumer advocate participation,” says Weintraub, who received the F15 Consumer Award in 2021 for her “deep commitment to and unwavering advocacy of the consumer voice in the development of consumer standards to promote consumer product safety.”

Kaufman encourages younger members to pick up the reins and drive consumer-product safety initiatives. Human factors expert Carol Pollack-Nelson, Ph.D., also sees young people as critical to the future of standards. A member of the F15 executive committee and a member of ASTM International’s board of directors, she anticipates the involvement of retirees as well.

“Retired engineers and other retirees with technical knowledge can contribute a valued, seasoned perspective.”

To join or receive additional information about the committee on consumer products and its standards, please contact Molly Lynyak, ASTM staff manager (mlynyak@astm.org). ■