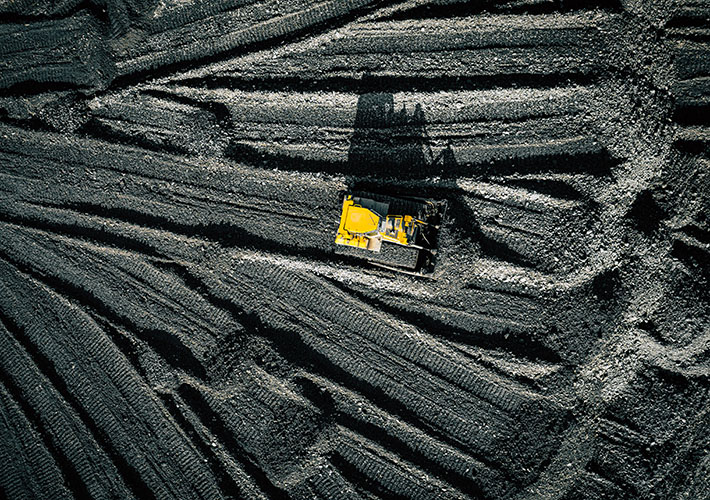 According to the U.S. Energy Information Administration, the U.S. consumed about 546 million short tons of coal in 2021, the vast majority of which was used to generate electrical power. That was down from 2007, when U.S. coal consumption peaked at just over 1 billion short tons used for electricity, industry, coke plants, and more. In fact, 2021 marked the lowest amount of annual coal usage in the U.S. since 1964, and the second-lowest percentage share of U.S. energy consumption since 1949.

However, there are concerns about the environmental impact of coal mining – which include contaminated mining sites, polluted runoff, heavy metals leaching into local waterways, and more. And for the past several decades, state and local leaders have engaged in efforts to clean up contaminated sites across the U.S.

Now, new technologies are making it possible for localities to not only clean up former coal mining sites but potentially turn a profit in the process by extracting rare earth elements and metals like cobalt and nickel from coal waste. These materials can be used in computers, cell phones, electric vehicles, and other technology products.

FOR YOU: Fuel Efficiency Standards Ease Pain at the Pump

“Rare earth elements have been increasingly in demand over the last 20 years since they are used in a wide variety of things, including motors, generators, wind turbines, and more,” says Jay Albert, PhD. He is chair of ASTM International’s committee on coal and coke (D05) and technical director at Parr Instrument Company. Back in the 1990s, the U.S. was one of the largest producers of rare earths in the world, but now it has taken a backseat to China, which currently produces about 80% of rare earths. It is a strategic class of elements, so many in the U.S. have been looking for new sources for this material. And the fact that the U.S. is still producing 70-80 million tons of coal ash per year with economically recoverable concentrations of rare earths could make a real difference.”

The federal government has recently put spending behind these efforts, including $11 billion in funding to clean up abandoned mines and contaminated waterways. They have also invested in a $140 million project, launched earlier this year by the U.S. Department of Energy, to extract rare earths and other minerals from coal waste at scale.

ASTM has several standards in place that could help provide potential solutions. Many of these are under the jurisdiction of D05, which oversees 79 standards affecting the coal and coke industry including classification, sampling, preparations, and more.

A prominent example is test methods for determination of trace elements in coal, coke, and combustion residues from coal utilization processes by ICP-AES, ICP-MS, and graphite (D6357). This standard outlines testing methods that can be used to analyze coal waste materials and determine the presence of arsenic, cadmium, cobalt, copper, lead, manganese, molybdenum, nickel, vanadium, zinc, and more in coal and coke, as well as rare earth elements such as cerium, dysprosium, and others.

“This standard has been around for a while,” says Albert. “But it was revised in the last couple of years in part due to the interest around expanding the number of elements that can be determined by this method. It has primarily been used for determining the trace elements in coal and coal combustion residues that result from burning coal, but that same combustion process tends to increase the concentration of rare earths in those residues as well. There is now an interest in trying to recover those elements from the staggering quantities of coal ash that exist in the U.S. and the world, and this standard can help test for them.”

The coal and coke committee also has a number of subcommittees working on topics such as the major elements in ash and trace elements of coal (D05.29); the metallurgical properties of coal and coke (D05.15); and sampling methods (D05.23). As one of the oldest committees at ASTM, D05 has long worked with industry on standards related to characterizing ash material and other coal waste for use in a variety of end products to determine its suitability for other industrial processes. The ongoing push into rare earth elements is just another extension of this work.

“Certainly, finding uses for combustion residues has been an ongoing effort,” Albert says. “Coal ash typically winds up in wallboard material, some agricultural applications, and concrete. But when there are strategic elements that you are looking for, you need to know if you have recoverable quantities that are not only economically viable but also environmentally friendly. It can be challenging, but there is an incentive to do this work now.”