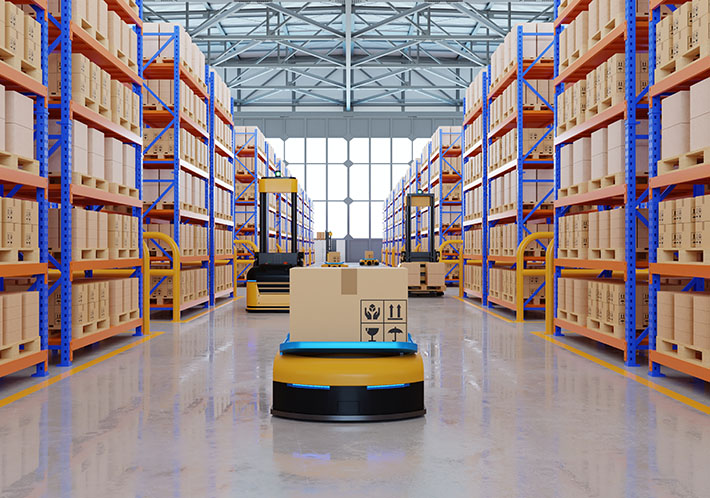 The field of robotics and A-UGVs is growing rapidly, and the amount of data generated by these machines is immense. Standards can help.
BY:
Kathy Hunt

For years, the term “big data” has been used to describe a collection of raw data that is too sizeable and complex to process with traditional data-processing software.

Big data passively culls information from a variety of sources, including social media, mobile devices, and what is often called the “Internet of Things” – everyday devices that receive, collect, and transmit information through the internet. Just open a web browser on your computer or use an app on your phone and big data starts accumulating. Once this data is processed and analyzed, it supplies actionable, data-driven insights that help organizations identify risks, opportunities, and future initiatives.

When this phrase was coined is up for debate. Some sources point to the 1990s and name computer scientist John Mashey as the originator. Others attribute it to the early 2000s and an assortment of academic papers and media stories referencing the burgeoning world of big data. What cannot be debated is its prevalence in society. More than a theory, now businesses and government entities from Amazon to the United States Census Bureau all utilize it.

Big data also drives a diverse range of industries, including manufacturing, transportation, advertising, cybersecurity, and healthcare. It is similarly integral to robotics, automation, and autonomous unmanned ground vehicles (A-UGVs), all of which require large amounts of data to be processed. In the journal Big Data, researchers from Stanford University, Rice University, and the University of Zaragoza in Spain noted that big data will enable robots to understand and operate in more complicated and hazardous environments. A-UGVs already work in such high-risk settings as mine blast sights and combat zones.

Robotics and A-UGVs are two specialty areas of ASTM International’s committee on robotics, automation, and autonomous systems (F45). Formed in 2014, this committee originally concentrated on driverless automatic guided industrial vehicles. Over time, the committee has expanded its scope to cover automatic, automated and autonomous vehicles, robotic arms and/or manipulators, and the sensors used in these industrial or commercial systems. To reflect this breadth of expertise, the name of F45 recently changed to its current form: the committee on robotics, automation, and autonomous systems. It has likewise gotten a new chairperson, Adam Norton of the University of Massachusetts Lowell’s New England Robotics Validation and Experimentation (NERVE) Center.

According to F45 staff manager Nora Nimmerichter, the subcommittee has discussed up to five new work items for grasping and manipulation. The work items will pertain to performance standards of grasping type end-effectors, mobile manipulators, and robotic assembly systems, and will contain elements of big data. 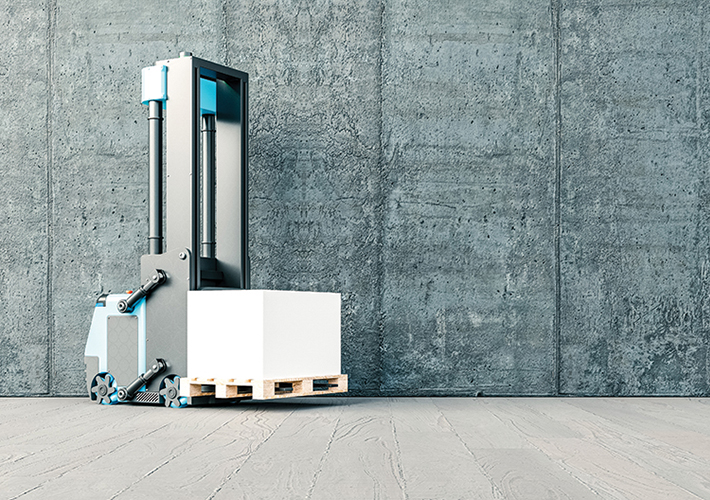 Robotics and A-UGVs are two critical areas that rely on big data.

“Originally, F45.04 was focused on developing test methods and practices that evaluate the performance of an A-UGV. That includes controlled interactions with other automated systems and under varied communication conditions. It was A-UGV-specific,” Nimmerichter said.

In addition to writing standards for these two areas, the subcommittee may take on 6G, which is the eventual successor to 5G cellular technology. It is looking for experts to contribute to the conversation about 6G and the standards that may be required.

At present, the subcommittee on communication and integration has one standard: the standard practice for implementing communication impairments on A-UGV systems (F3243). This practice involves the simulation of known communication impairments that disrupt, delay, or stop the execution of an A-UGV’s task. Losing the signal between the controller and A-UGV would be one form of impairment. When such an event occurs, the A-UGV operator or manufacturer can evaluate whether the vehicle stopped or continued to move, either of which could be the desired outcome for the impairment.

Complementing this standard is the test method for navigation: defined area (F3244). Developed by the subcommittee on docking and navigation (F45.02), the standard evaluates the ability of an automatic, automated, or autonomous ground vehicle to travel through a defined space with limited A-UGV clearance. The test method independently evaluates the A-UGV’s mobility capabilities that required data generation and use to perform as expected and/or process data from its own positioning, wheels, mapping, environment, and other sensors.

“Independent evaluation means we externally measure the expected vehicle performance, not the internal-vehicle data processing used to achieve its intended performance,” says Roger Bostelman, owner of Smart HLPR LLC and vice chair of F45. F3244 was created for A-UGV manufacturers, installers, and users. Revised in 2021, the test method now features communication impairments and obstacles in the path of the A-UGV. “From day one, we set up the standards in F45 to also look at the other things that may affect the vehicle—environmental conditions, communication impairments, capabilities such as understanding what happens when a dynamic obstacle drops in front of the vehicle and it can’t stop in time. In the docking subcommittee, we’re now looking at how to test a fleet of vehicles,” he says.

Moving from Single Robots to Fleets

The subcommittee on docking and navigation isn’t the only group contemplating fleets. The committee as a whole is considering how its standards fit with large numbers of A-UGVs performing simultaneously. Generally, manufacturing facilities and warehouses have more than one robot or A-UGV working at any given time. When it comes to fleets, there could be anywhere from 100 to 1,000 robots in operation.

“A standard that works for one robot makes significantly less sense when you scale the problem to a fleet of robots. The challenge is trying to come up with a standard that has enough information and, yet, can still be easily performed, but also have enough testing so that it actually means something. It’s finding that balance between what is statistically significant and what is not overly complicated to the point where no one is going to do it because it will take a lot of time and money to set everything up and run it,” says Sam Reed-Weidener, manager of systems engineering at Omron Robotics and Safety Technologies, Inc. He is also the chair of subcommittee F45.02.

FOR YOU: Calling All Robots

Along with addressing the requirements of fleets of A-UGVs, the committee is hoping to assist standards users in moving away from binary pass/fail test results. “Moving into more quantitative and continuous statistics would allow for more flexibility,” says Reed-Weidener. “If you use the binary methodology, it forces you to do more iterations of the same thing. When you shift to continuous and more quantitative measurements, you start requiring fewer samples to reach a more appropriate conclusion. This is a part of changing the focus from a single robot to a fleet of robots and the easiest way to allow that scaling to happen is to use continuous statistics. It would give the end user more flexibility and data.”

Although roboticists may not have always employed the term in conversations and publications, big data has long contributed to the field of robotics. “Big data has been used in robotics probably since robotics began,” says Bostelman. “We’ve always known that sensor data collected by vehicles, no matter what the type of sensor—vision, LADAR [laser detection and ranging], etc., provides continuous loads of data. So what does the system do with that data? How does the vehicle process it to understand its situation? Basically, it’s situational awareness as well as environmental effects and how these then affect not only the current situation of the vehicle but also the next act of the vehicle. In robotics, it’s typically ‘sense, model, and act.’ It takes the sensor data, models it in a map for planning next steps for the vehicle, and then acts on that accordingly.”

Robotics entails the repeated execution of the aforementioned three steps: sense, model, and act. That sequence relies upon the collection and analysis of big data. “With processors’ improved power over time, systems are able to process big data much more effectively and efficiently than in the past,” says Bostelman. “In the past it would have taken many more processors to be able to do this. A lot of times now, preprocessing occurs with small microcontrollers or microprocessors that are literally at the sensor or the system so that some of that big data is already processed and pulling out only the information needed from that large body of sensor data. How F45 will use that is, by writing standards that test the safety and performance of the vehicle or robotics system and measuring whether that system does what it’s supposed to do.”

“On the industrial side of things, we’re definitely using big data,” says Reed-Weidner, “analyzing how can we improve your performance and make your infrastructure work better – and how can we increase cycle times. We use the huge amount of data outputted by multiple robots to determine this. It’s a big component of our work and, as subcommittees and a committee, big data is certainly something that we would like to address.”